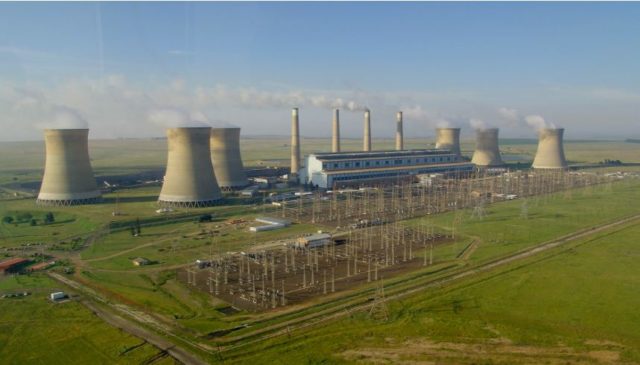 While South Africa's renewable energy programmes are limping along, South Africans will, in my view, continue to rely on electricity generated from coal.

One of the things that struck me in a recent business trip to Europe, was the significant increase in the number of electric vehicles on the roads, since my last trip.

This disconnect is probably even more significant in South Africa with its strong dependence on coal-fired generation of electricity.

While South Africa’s renewable energy programmes are limping along, South Africans will, in my view, continue to rely on electricity generated from coal-fired power stations, for the foreseeable future.

In the third industrial revolution, automation was the key defining feature based on electronics, the establishment of the internet, and the use of IT solutions to further enhance mass production through automation.

More recently, the South African mining industry has focused on automation, with digitisation playing a key role in automation of several exploration and extractive systems.

There have been a number of drivers which have forced the South African mining industry to focus on mechanisation, in the interim, and ultimately, on automation. These drivers include the high costs associated with mining operations.

While there have been significant increases in the costs of employment, which has been on an expected trajectory, relatively recent costing of the risk associated with policy and regulatory uncertainty, is playing a more substantial role in high mining costs.

These factors are making the shift from digitisation, the primary feature of the third industrial revolution, to systems based on a combination of connected technologies, inevitable.

This shift to the connectivity and combination of technologies, is the key feature of the fourth industrial revolution, and it is essential for the South African coal mining industry to fully appreciate the changing environment, and to innovate, as part of the cycle of continuous improvement.

While there is still extensive debate on what the fourth industrial revolution means and the consequences of block chain payment platforms, innovation is likely to be substantially based on the Internet of Things (IoT).

With the historical focus (third industrial revolution) on information technology and digitisation around people and IT processes communicating, the IoT focuses on equipment and machines communicating with one another on a continuous, real-time basis.

This concept is unlikely to be new, to South Africa’s mining industry including the coal mining industry, that has, for some time, focused on real-time monitoring of machines and equipment for production purposes.

However, what will be a major disruptor, going forward, is the scale of the connectivity and levels of communication between equipment and machines.

There is also likely to be a shift, particularly in relation to original equipment manufacturers, from only providing machines, to providing a fully managed solution to the mining industry.

Equipment and machines that are supplied by original equipment manufacturers as products will form part of a network, allowing, not only real-time monitoring, but also management and adjustment to optimise production levels.

The IoT is also likely to have a significant impact on one of the most important elements, namely healthy and safe production.

The ability to monitor, manage, and identify what has gone wrong, is likely to improve health and safety at South African mines.

While there is likely to be robust debate on the fourth industrial revolution and the IoT, including fears that society will be roboticised, IoT will, in my view, be the single most significant disruptor of the South African coal mining industry in the foreseeable future, and the reality is that several of the supporting platforms are already in place, such as cloud-based storage and analytics, low-energy wide area networks, and 5-G cellular.

With the advantages of IoT, there are of course, a number of challenges including the vast amount of data that will be produced, which will need careful management, not only in relation to its efficient use, but also, compliance with legal requirements on privacy and data storage protection.

Perhaps however, one of the most significant impacts and challenges could be on employees. The South African mining industry is again facing large scale dismissals and perhaps fears of the IoT and its consequences, may be justified.

Importantly however, the opportunities created by the IoT are widespread, with a strong emphasis on a strong skills base.

The mining industry would need, in this context, to carefully review its training programmes and its skills investment.

It certainly seems that the coal mining industry, at least in South Africa, is here to stay, and that it will be disrupted significantly, by the fourth industrial revolution and the IoT.