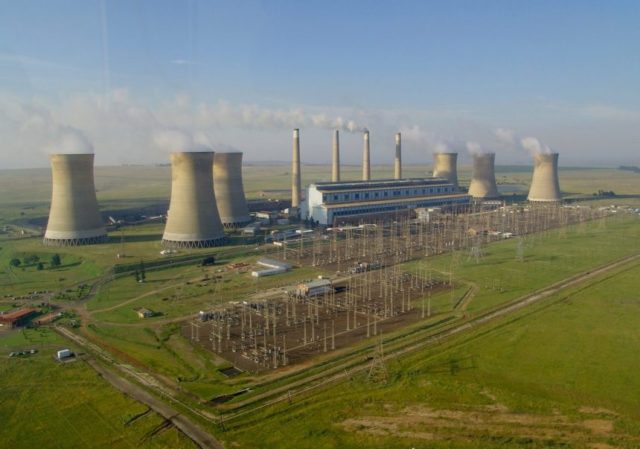 The International Monetary Fund has predicted that Africa is expected to become the world’s second-fastest growing economy by 2020.

With vast natural resources and short shipping lanes to the Americas, Europe and Asia, Africa has the clear potential to become an industrial powerhouse. This growth, however, is contingent upon substantial infrastructure investments.

This is according to Eric Toumayan, MD of government affairs for global fast-track power provider APR Energy, who says that installing a reliable supply of electricity across Africa is paramount.

Speaking at a recent African energy conference, Toumayan stated that an insufficient and intermittent power supply would likely deter investment in African projects.

[quote]He points to statistics from a McKinsey Global Institute report, Lions on the Move 2, which indicates that Africa stands to nearly double its manufacturing output from $500 billion at present to $930 billion in 2025.

The report states: “As African economies have grown and diversified over the past two decades, Africa has experienced a steady increase in its manufacturing output. The industrial sectors in Ethiopia, Tanzania, and a few other countries have expanded rapidly.

“But Africa is not industrialising to its full potential. Between 2000 and 2015, its manufacturing value grew at 2.5% a year, which is on a par with the world average and ahead of the pace in Latin America, but far behind the rate of growth observed in Asia, where manufacturing value added grew at 7.4% a year,” the report continues.

“The problem is not restricted to areas without access to their national power grids. Consistent, reliable power supply has been a problem in Zambia, Zimbabwe, Democratic Republic of Congo and other countries that are highly reliant on hydroelectricity.

“Moreover, across much of Africa, ageing transmission lines are prone to failure. Regardless of the cause, unreliable power adversely impacts the production and profitability of mining operations and other energy-intensive industries, and it acts as a deterrent to future investment,” states Toumayan.

Despite the time and capital required to develop permanent power infrastructure, Toumayan says there is a generation technology that can support industrial development immediately: mobile fast-track power.

“During the past decade, APR Energy has installed and operated power plants in 11 African countries, ranging in size from 5 MW to 450 MW. Each project was customised to local conditions and customer requirements, and they were producing power in weeks rather than year, explains Toumayan.

“Based on our experience in Africa and the rest of the world, we believe that fast-track power could play a significant role in helping industry and manufacturing across the continent reach its full potential sooner than later,” he adds.

Toumayan explains that mobile fast-track power is ideal for fledgling industrial operations that have been put on hold awaiting access to the power grid.

“As a distributed power source, mobile turbines and high-speed reciprocating engines can be installed onsite within weeks, even in the most remote locations, providing base load power or serving as a hybrid supplement to solar panels and wind turbines.”

APR Energy’s mobile gas turbine project for a large-scale polyethylene plant in Egypt is a prime example of how industrial development can move forward even without access to permanent power.

“During the early planning stages of its large-scale polyethylene plant, the Egyptian Ethylene and Derivatives Company (ETHYDCO) considered procuring electrical power from a nearby refinery. That plan, however, was scrapped at a late stage of project development, putting ETHYDCO at risk of having a completed chemical facility without a supporting power plant or connection to the grid,” says Toumayan.

We were able to transport, install and commission three mobile gas turbines in less than 90 days, enabling ETHYDCO to start production more than a year before a permanent power plant for the facility was completed,” adds Toumayan.

The oil-and-gas industry is another energy-intensive sector that could benefit from mobile fast-track power.

“With global oil prices continuing to show very slow growth, oil-producing economies such as Algeria, Angola, Nigeria, and Sudan are looking for ways to make exploration and development more efficient and cost effective, especially in remote locations that lack installed power. At the same time, natural gas discoveries in a number of African countries are creating a need to ramp up energy production for planned gas-to-power projects,” Toumayan explains.

“Mobile gas turbines and high-speed reciprocating engines are an ideal source of onsite power to support remote hydrocarbon exploration and development activities. In addition to providing electricity in just 30-90 days, fast-track power is treated as a monthly operating expense compared with the large, long-term capital investment required for a permanent plant. Mobile fast-track power also is scalable, allowing generating capacity to grow as exploration activities transition to production. Finally, these machines can use the hydrocarbons being produced, including gas that otherwise would be flared into the atmosphere,” he says.

APR Energy is the world’s leading provider of fast-track mobile turbine power. The company’s fast, flexible and full-service power solutions provide customers with rapid access to reliable electricity when and where they need it, for as long as they need it.

“On a continent where time and capital are both daunting barriers to closing the massive energy supply gap, fast-track mobile power is going to be vital. With it, Africa could begin to realise its potential as the world’s next industrial powerhouse in weeks rather than years,” Toumayan concludes.