Gold’s Brexit rally must not go to waste 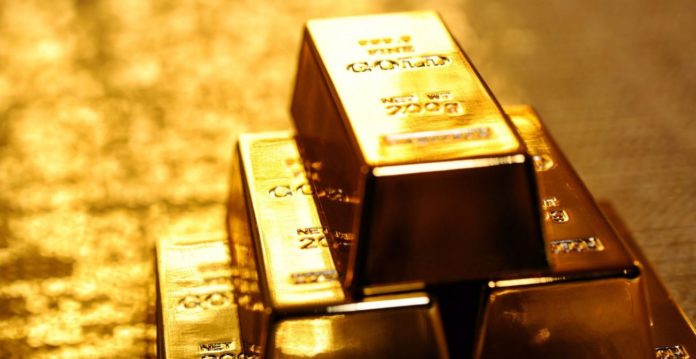 The danger, according to SRK Consulting corporate consultant Roger Dixon, is that this windfall revenue will simply be used to repay debt and issue dividends to expectant investors.

“These pressing demands should rather be tempered by considering where the business will be when the Rand gold price weakens again,” says Dixon. “What mines need are bold strategic and technical efforts to improve productivity and drive these companies down the industry cost-curve in the medium to long term.”

He says the sector had regularly witnessed spikes in the Rand price per ounce of gold during commodity cycles, which temporarily rescue the beleaguered industry but masks the real problem of an unremitting and disproportionate increase in production costs.

“It is vital that gold firms retain a focus on productivity rather than volume, and consider all their cost inputs – from labour and electricity to water and equipment. In other words, consider the number of ounces of gold produced per person on the mine, or per kilowatt of electricity consumed.”

A recent EY report showed that labour productivity in the South African gold sector had declined 35% in less than 10 years; even countries like Australia face this issue, with capital productivity dropping 45% since 2000.[1]

Another industry consultant estimated recently that the average output per employee in SA’s mining sector had declined by 21% in the past 15 years – a compound rate of 2.9% per year; hardest hit was the platinum sector, with an average annual decline of 4.2% in kilograms produced per employee since 2001.[2]

Dixon warns that investors may prefer to take a shorter-term view that prioritises returns on a quarterly or annual basis, but he notes that this approach put the survival of the sector at risk. Also undermining the gold sector’s ability to meet the productivity challenge was the tendency to cut away vital skills during difficult times.

“Gold mines traditionally shed a range of valuable, high-level scientific and technical skills when profits are under pressure, as these roles are considered to have less immediate value to the rate of production. However, the sector pays the price for this, as these are generally the people who can innovate lower-cost production in the longer term.”

The industry had fallen behind in adapting and implementing innovations to regularly fine-tune the various processes on mines, he says.

“Technology and best practice guidelines are often available to help do things differently in our plants, at the rockface, and in other key cost-driving areas of operation.”

The initiative has recently taken steps to re-invest in mining research and development – a field suffering widespread neglect over more than a decade.

“On a practical level, there is plenty that mines could be doing to raise their game,” says Dixon. “These range from cutting edge innovations – such as automated, real-time adjustment to metallurgical plants to optimise recovery and minimise costs – to systems that allow better monitoring and conservation of growing cost factors like water and electricity.”

He says it was likely that jobs would be lost as productivity gains were made, but emphasised that many more jobs would be shed in any event if mines could not stay open.

“While stakeholders need to address the question of alternative job opportunities for mineworkers, it can also be expected that mining posts will steadily become more skilled and better paid relative to the past. Sustainable and profitable mines are also more likely to create indirect jobs in their vicinity and beyond, with many benefits for the industry and economy as a whole.”