By Warren Beech, partner and head of mining at law firm Hogan Lovells

The announcement by the Mineral Resources Minister, Ngoako Ramatlhodi, that the number of mine fatalities decreased in 2014 with 84 mine fatalities being recorded and that these figures were the lowest ever in South African Mining Industry, is to be welcomed.  The Minister announced that mine worker fatalities were down 10% from 93 deaths reported in 2013 to the 84 deaths in 2014.  The Minister indicated that the figures were 44 for the gold sector, 15 for the platinum sector, nine for the coal sector and 16 for “other” (chrome, iron-ore and related).

While the Minister did not go into the possible reasons for the improvement, during the announcement, it would be appropriate to attribute the improvement, generally, to the commitment by all stakeholders to achieving zero harm.  It is however important to acknowledge that some of the improvement, for example, in the platinum sector, could be attributable to the lengthy strikes, i.e. persons were not at work.

The key question however, is how to improve the figures in 2015, particularly in view of the fact that seven fatalities have already been recorded in the mining industry this year.

It is understandable that industry role players will attribute the improvement to their participation, initiatives, and commitment.  It is however important for all the stakeholders to acknowledge that an integrated approach must be adopted to ensure continued improvement, and that the improvement can only achieved by cooperation with one another.  It would certainly not be appropriate to suggest that any one of the initiatives are more prominent than any of the other processes and initiatives that have been implemented by the stakeholders. 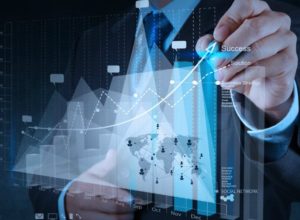