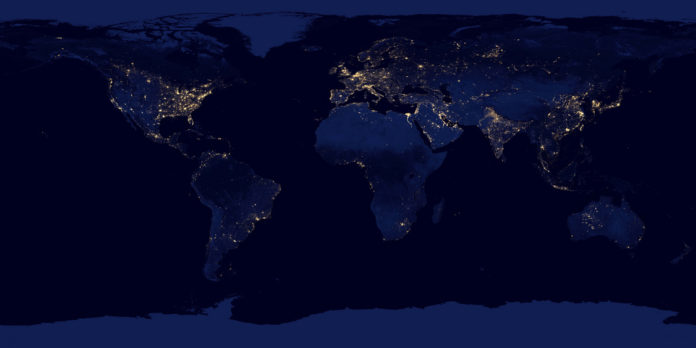 The industry is faced with the effects of a growing energy deficiency as evidenced by the recent approval, by NERSA, of an Eskom tariff hike exceeding 9%, in addition to energy supply constraints to the mining industry and resulting losses in excess of R1.3 billion, as reported by Consultancy Africa Intelligence.

Mining companies are looking inwards and exploring solutions allowing for independent electricity generation in mitigation of what EY, in its 2015 – 2016 report on business risks facing mining and metals, ranks as one of the top ten business risks in the mining industry – inadequate access to energy.

South Africa’s current installed power capacity is approximately 45 000 MW and an additional 40 000 MW in new generation capacity is required by 2025, according to Eskom.

The Department of Energy (DOE), at its media roundtable last year, announced that since November 2011 more than 6 327 MW have been awarded in terms of its Renewable Energy Independent Power Producer Procurement Programme (REIPPPP) and a new determination has been made for an additional 6 300 MW.

While the success of REIPPPP is indicative of government’s commitment to providing the additional capacity required, it is unclear if the DOE’s procurement programmes, which include REIPPPP, will achieve the 40 000 MW by 2025 and whether this estimated new generation capacity will indeed be sufficient.

In addition, the increasing affluence in developing markets translates, amongst other things, into greater demand for residential energy, creating competition for energy between society and business.  It is clear that alternative avenues of power generation must be explored by mining companies seeking to avoid the rolling blackouts which have besieged the country since 2007.

Captive power plants provide mining companies with the autonomy to better manage their overall cost base and minimise the costs of energy which represent up to 40% of a mining company’s total expenditure.

It further extends itself to provide security of power supply through self-generation and the avoidance of ever fluctuating Eskom tariffs.  In a market where we are seeing disposals of mining assets, buyers are applying rigorous scrutiny to the expenses on the books of target companies.

High energy costs and the serious safety and production implications of restrained or reduced power do not increase the ‘attractiveness’ of a target nor does this support the idea of reaching optimum production efficiencies of existing operations.

The legal framework through which energy is generated in South Africa is governed by the Electricity Regulation Act, 2006, stipulating that no person may operate a generation facility without a licence from the National Energy Regulator of South Africa (NERSA), save in regard to a few exceptions which include a generation plant constructed and operated for own use.

This proves a useful provision for mining companies looking to explore energy generation without the administrative red tape of applying for a licence from NERSA.

The traditional structure of the transactions seen in REIPPPP requires a licence from NERSA allowing the independent power producer (IPP) to generate its own energy.  It includes a power purchase agreement with Eskom in terms of which Eskom buys the energy produced to transmit through its distribution networks as well as an implementation agreement with the DOE which allows the DOE to ‘guarantee’ Eskom defaults vis-à-vis the IPP.

A mining company’s captive power plant, if funded without external debt, has the benefit of doing away with the limited recourse financing model of a ring-fenced special purpose vehicle as the IPP and, therefore, the requirement to obtain a generation licence from NERSA.

Renewable energy developers seeking to assist mining companies wishing to make use of captive power plants should, however, remain cognisant of the additional environmental impacts arising as a consequence of such plants.

Depending on the technology to be used and electricity output of the plant, captive power plants may need to be authorised by way of an environmental authorisation.  In addition to this, cognisance must be taken of the mine’s existing environmental approvals and conditions of these approvals.

Mines are highly regulated in terms of environmental law and, accordingly, it is fundamental that the captive power plant does not result in non-compliance with the mine’s existing approvals.

Sub-Saharan countries Mali, Guinea, Sierra Leone and Liberia already make notable use of self-supplied power for their mining industries.  According to the World Bank, while conventional grid supply remains the dominant power-sourcing arrangement in Sub-Saharan Africa for the mining industry, self-supply has risen from 6% before 2000 and is expected to reach 18% by 2020.

Sub-Saharan Africa is home to six of the ten fastest growing economies in the world, however, reliable power remains one of the most significant impediments to growth in the region.

Inventive power solutions are required in order to bridge the poverty gap, create jobs and improve GDP.  We believe that these solutions begin with the mining industry.