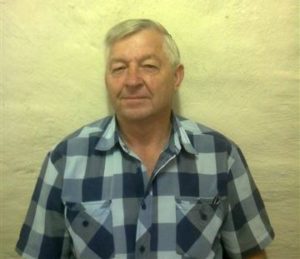 In May 1995 I was the chief safety officer when a massive tragedy occurred at Shaft No. 2 at the Vaal Reefs gold mine. A locomotive fell down the main vertical shaft onto the personnel cage, killing 104 friends and colleagues in what remains South Africa’s worst mining disaster since democracy.

Five years before that, I was also present when an explosion occurred in the same mining district. The incident at Shaft No. 9 of Vaal Reefs that September day killed 22 miners underground.

Despite the passage of time, the memories linger. In fact, over the 47 years I’ve been involved in mining – 33 of them in safety and health – I have lost many a colleague and friend due to accidents. Each one was a great loss, whether I knew them personally or not.

This is why, despite clocking 5 589 fatality-free shifts as chief safety officer at Shiva Uranium in the North West, I am of the opinion that it is nothing to celebrate.

Each year miners are killed in accidents that can be prevented. It is my personal responsibility to ensure the safety of Shiva’s +/- 770 employees.

Deaths in South African mines remain a problem. Though the numbers have decreased markedly since the mid-1990s, 84 were reported last year. This is in comparison to 270 in 2003, the same year government embarked on a legislative and regulatory drive to ensure safer conditions.

But our target should actually be zero. This is achievable.

This year labour unrest, retrenchments, a drop in global demand in the commodities market and other economic issues have dominated the headlines in mining, while deaths of miners continue to be a statistic.

In South Africa we have our own unique issues when it comes to mining safety. It is a fact that we have the deepest mines in the world and are going ever deeper and deeper. Geological conditions, the heat, provision of breathable air and vertical transport of people also present increasing challenges.

In addition, the cost of ore mined per ton has escalated so much so over the years that companies find it increasingly difficult to find adequate funding to plough back into quality training, the equipping of miners with the requisite skills as well as research.

Despite giant strides being made since the 1970s, there are three kinds of incidents that have the most potential for harm. They are:

– shaft incidents, even though they have a low occurrence rate;

– falls of ground and seismic events which occur regularly; and,

And, as a safety officer, the most common concerns we experience on a daily basis include non-compliance with prescribed personal protective equipment by employees, poor housekeeping, lack of communication and transfer of information between supervisors and subordinates, and non-compliance by employees with procedures and standards prescribed by management.

Mining companies are much more cognisant of safety issues in comparison to 30 or 40 years ago, though I do not imply that mining companies did not care back then.

But the industry has undergone major changes and improvements in knowledge, experience, training, planning and technology. The development of the mine layout and workplace design has also positively influenced the safety and health of employees.

For example, the advent of the Loss Control System, as introduced by Frank E. Bird in the late 1970s, as well as the implementation of planned and structured safety systems has greatly improved the industry.

Thus the tools and systems are in place and are being used by companies. However we must continue to fine-tune and keep on improving these preventative measures.

One way this can be done is by examining the roles and responsibilities of each individual involved in safety and health. Statistics show that the majority of events causing loss of life can be attributed to unsafe acts or a combination of unsafe acts and unsafe conditions.

This can be achieved through continued improvements in training on safer work procedures, task observations, continuous communication and the application of a zero-tolerance policy on any non-compliance to standards, procedures and specifications.

From management’s side, they must stop planning for incidents, as in setting injury targets. They must target zero injuries and fatalities and believe this is possible and achievable.

Companies must also develop their own safety systems that should be audited by external, independent entities so as to measure compliance.

And then, of course, legislation will always be necessary in a major industry such as mining and must continuously be reviewed and updated as and when the need arises. Self-regulation is also crucial.

Government can then prescribe certain standards, which can be included in an overall safety system for regular auditing. The state can also call for regular reporting by companies as well as compliance measurements. This is akin to applying the principle of “not doing what you expect but what you inspect”.

But if government is to legislate companies’ safety and health activities, it must also ensure it has the necessary manpower and skills to monitor compliance.

This should not result in any animosity between government and employers, but will inculcate a culture of joint responsibility and cooperation. This will also compel companies to uncover any potential undesired aspects and find solutions. And, of course, regular offenders should face the necessary disciplinary action.

Since the early 2000s government has played a phenomenal role in curbing mining deaths. But the criticism I have is that it has not been pro-active enough in policing (for lack of a better word) companies in areas of safety compliance. However, as stated, creating a joint culture of auditing safety and health measures would be preferable to any “policing”.

By February the statistics on colleagues who have tragically died during 2015 will be released by the department of mineral resources.

I believe there will come a time when this figure will stand at zero. This is achievable if there is a common political and moral purpose from all stakeholders moving forward.

Legislation must be continuously reviewed and amended, where necessary, while there needs to be a culture of responsibility and cooperation among stakeholders.

Mining is physically challenging and it is incumbent on all of us involved to ensure that an enabling environment is created for each and every employee without the spectre of death hanging over their heads.

* Koos Jacobs is the chief safety officer at Shiva Uranium and has worked in the mining industry since 1968. He has been involved in safety and health at mines for the past 33 years.

Continuous improvement should be taken seriously in this economic climate