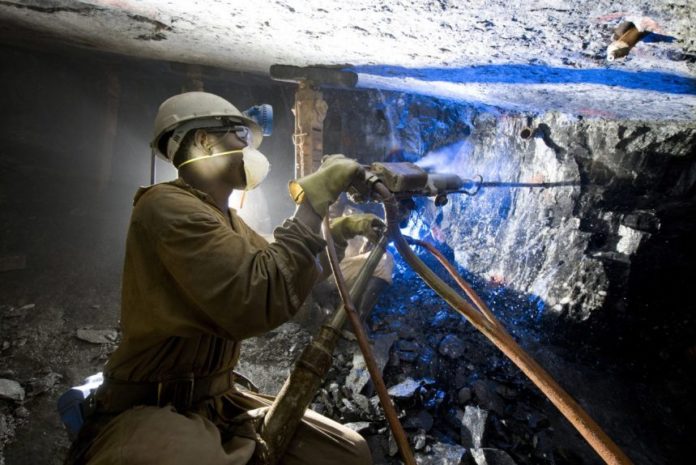 The draft review of the Mining Charter aims to continue the redress of historic inequalities in the sector and heightens the performance targets for the industries role players.

Among others, the proposal to disallow past empowerment deals from counting towards the 26% empowerment target remains controversial for industry participants.

Mining remains a strategically important sector for South Africa’s economy and needs to be strengthened now so that the country can benefit from commodity growth and demand in the future.

The industry employs about 440 000 people directly, and as many again indirectly. The industry has been struggling with rising costs, low commodity prices, deeper and more difficult operations and labour volatility.

In a report called “Strategic Impacts and the Need for Certainty”, Deloitte questions whether the review of the Mining Charter brings about the regulatory certainty that has been requested for some time by various stakeholders in the industry. It also highlights the strategic implications of the proposed changes, and sets out inputs offered as a guide for industry, government, labour and other stakeholders as they work together in agreeing and finalising the reviewed Mining Charter.

“The industry, which is struggling under the weight of cost increases and weak global commodity prices, is crying out for more certainty. Unlike a compliance driven approach, shared value thinking is needed to drive innovation, productivity enhancement and economic growth.

[quote]It is necessary in closing the trust divide in South Africa’s mining sector, as government, labour and industry work in unison to deliver value to all stakeholders,” says Andrew Lane, Africa Mining Leader at Deloitte.

“South Africa cannot afford to again fail to take advantage of the next up-cycle, and investor confidence in the regulatory and policy landscape is critical,” he says.

Lane says despite the endeavour to align the Charter scorecard with that of the Department of Trade and Industry’s (DTI) amended Codes of Good Practice, the points/percentages associated with each level do not match up.

“The non-compliance level remains substantially higher for the Mining Charter (level 5) when compared to those of the DTI Codes (level 8). The value of being placed at a certain recognition level is also not clear,” he says. “Further to this, there are several areas where the Charter has endeavoured to align with the DTI Codes, but has failed to do so thoroughly and with the requisite levels of certainty.

Unlike the DTI Codes, which comprehensively address the requirements set out for each of their five elements, the Charter is often silent on the finer details as to what is required of rights holders.”

Important strategic changes have been proposed, which if implemented, will have a significant effect on the industry.

The reviewed Mining Charter has introduced a new concept by declaring Ownership, Human Resource Development and, Housing and Living Conditions as what is termed ‘ring-fenced’ elements, each of which require 100% compliance.

Procurement & Enterprise Development at a 40% weighting, employment equity at 30% and mine and community development at 30% make up the other elements of the scorecard.

Importantly, a mining right holder that fails to meet a 50% compliance rate (i.e. levels 6 – 9), or does not reach full compliance with any one, or more, of the ring-fenced elements is deemed to be in breach of the Minerals and Petroleum Resources Development Act (MPRDA), putting at risk their licence to operate.

“The DTI’s Codes of Good Practice introduced a similar concept in declaring Ownership, Skills Training, and Enterprise and Supplier Development as ‘priority elements’ (which require a 40% sub-minimum compliance). A right holder that fails to meet the 100% compliance with each of the ‘ring-fenced’ elements, is automatically deemed non-compliant, irrespective of their scoring in the remaining elements,” says Lane.

The Broad-Based Black Economic Empowerment Charter for the South African Mining and Minerals Industry (Mining Charter) was first developed in 2002 as the instrument through which the MPRDA could give effect to transformation of the industry.

Existing mining rights holders are granted a three year period from the date of publication in which to comply with the revised targets set out in the reviewed Charter.

“The reviewed Charter has addressed some areas of prior uncertainty. However there is still significant scope for discussion. Our feeling is that, amidst the industry’s current challenges, the time is now for all stakeholders to make a concerted effort in ensuring the mining sector returns to a position whereby it can once more be a driver of growth in South Africa. We, at Deloitte, are committed to the success of the industry and are willing to play whatever role is appropriate in advancing this cause”.