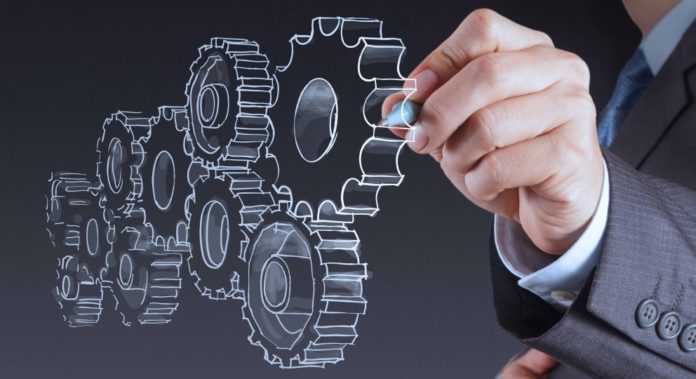 This is according to Gold Fields CEO Nick Holland.

Speaking at the 120th anniversary celebrations of the School of Mining Engineering at the University of the Witwatersrand in Johannesburg on Thursday last week, Holland said the workforce on mines of the future would shrink as skills levels and mechanisation rose.

Head of School Professor Cuthbert Musingwini said the drive towards technological innovation called for “more engineers in mining, than mining engineers”, and highlighted the broad range of modern engineering expertise that was increasingly demanded to take mining forward – including the fields of computing and artificial intelligence.

Holland stressed that operating practices and technology would be a vital area in gold mining’s new “recipe for success” – and that universities would be key partners in helping research and develop these technologies. He said mines of the future would focus on digital mining, big data analysis, knowledge production and mining mechanisation.

“The use of drones, advancement visualisation technologies, remote rock-breaking hydraulic arms and underground sensors on people and equipment are some of the advances which we are piloting at present,” he said.

The high-level skill sets that will be required on mines will lead to a smaller overall workforce, he said, creating a dilemma for many gold miners, as adjacent communities rely on them for jobs and procurement.

He said a new model for community engagement had to be found, where community members could be trained for new mines, but where local economic development was encouraged – reducing reliance on jobs or services from mining alone.

“In addition, we believe that the most direct benefits for communities can be achieved by implementing shared value projects in these communities, where they and the mine itself benefit from the creation of sustainable value,” said Holland.

Wits University Vice-Chancellor Professor Adam Habib said: “Universities, the state, communities and the private sector have to work together to promote research into deep level mining and new technology, and address issues related to health and safety and inequality in society.”

Habib said the university was fostering the transformation of the mining sector through changing the demographics of its students and staff, and through leading-edge research that advanced working practices.

By producing most of the professional and managerial skills for the mining sector, Wits had been critical to its success, said Habib. “But we have also defined the critiques of the industry, to ensure that you continued to transform,” he said.

He said 32% of the students in the school were now women, after graduating its first female student in 2002, and the staff complement in the school was over 70% black.

“Mines in Australia have been rolling out new technologies with a significant impact on costs, productivities and safety,” he said, “but adoption by the industry has been slow, particularly in developing countries. If mines in other countries want to be sustainable, they will have to follow this course.”

He said Gold Fields had set a goal for itself to develop a new, remotely operated underground mine – a prospect has already been identified – within the next three years. This would entail drill-rigs, loaders, trucks and other equipment being operated remotely through a fibre-optic and Wi-Fi environment.

“It may sound like it is light years away, but it isn’t,” said Holland. “This is a prototype for Gold Fields so that we can learn how to do this properly; it’s that close to us.”

He said mines also now relied heavily on original equipment manufacturers to help develop the tools of the future. As part of its involvement with the International Council on Mining and Metals – a global group focused on strengthening mines’ environmental and social performance – Gold Fields was looking to phase out all its diesel-driven underground equipment in favour of battery-electric power over the next three to five years. The result would include improvements in safety, emissions and ambient temperatures underground.

The Wits School of Mining Engineering is one of the largest and leading schools in the English-speaking world, offering one of the most expansive programmes in terms of mining-related disciplines. Its commitment to integrated and multi-disciplinary research also led to its pivotal role in establishing the Wits Mining Institute – which forges working links across the university’s schools and research units.

Roadside drug testing and the decriminalisation of cannabis use