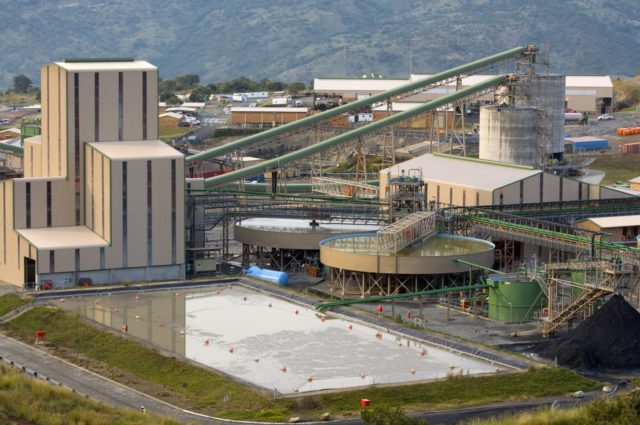 Despite the gradual improvement currently occurring in many sectors of the global commodities markets, SA mining risks missing out on associated growth potential.

That’s because the next 12 to 18 months are stacking up to be some of the most volatile and uncertain times ever experienced by our country’s mining sector.

Quite apart from the reticence already prevalent amongst international miners and investors to put their faith in the South African mining industry, due to its persistent political, regulatory and labour challenges, the raft of upcoming regulatory and legal battles is almost certainly set to further damage investor sentiment in the already struggling sector.

Arguably the two pieces of imminent legislation and related regulation that will have the most significant negative impact on South African mining are the amended Mining and Petroleum Resources Development Act (MPRDA) and the reviewed Mining Sector Charter, both of which could be enacted at any moment despite opposition from the industry.

The potential effects of the reviewed Charter and the amended MPRDA are so egregious it appears that the mining sector is finally being forced to find its voice and assert itself.

The response to these regulatory pieces by the established mining sector has been immensely negative, not because participants in the sector disagree with the spirit of transformation they both embody, but because both take an approach to such transformation that could prove highly restrictive, or even counter-productive, for the industry as a whole.

The Chamber of Mines has been vocal in its opposition to the reviewed Mining Charter and, in particular, the position politicians have adopted that give them discretionary powers to amend and interpret the  Charter as they see fit, which is at the very least contrary to the country’s legislative process.

Adding to the challenges facing the Department of Mineral Resources (DMR) as regulator of one of the world’s great mining industries, are the two embarrassing defeats it  recently suffered in the courts. The DMR’s approach to Section 54 safety stoppages was found to be irrational in one case brought by AngloGold Ashanti.

Then it was found to have ‘a high degree of institutional incompetence’ in another case brought by Aquila Steel. And the greatest tests for the DMR are yet to come, the first of which will be the application by the law firm, Malan Scholes, to set aside the entire Mining Charter that comes before the courts in February.

Then there is the rumoured application to hold DMR inspectors personally liable for losses suffered by Sibanye Gold’s Kroondal platinum mine.

These cases, and their inevitable appeals, will undoubtedly be slow to wind their way through the courts, but this will not lessen their impact, particularly given that they occur against the backdrop of the previous Public Protector’s State of Capture Report, which has at its heart the events around the takeover of Optimum Coal.

Of course, attempting to predict the actual implications of these legal battles on the sector is about as futile as trying to call the bottom of the commodities super cycle. However, there can be no doubt that the South African mining industry will feel the impact at many levels – not least the immense lost opportunity of being unable to take full advantage of the commodity price improvements that many are predicting will continue during 2017.

While it is already too late to prevent all of the fallout, it is still possible to mitigate the full impact. But doing so requires honest, collective and collaborative action from the entire South African mining industry, especially its regulators.

The industry and its participants need to take a leaf from the book of the country’s financial services industry, which has achieved significant progress recently, simply by presenting a united front and being willing to throw its collective weight behind issues and actions to address political risks to the economic wellbeing of the sector and country.

The days of quiet diplomacy are well and truly over for the established mining industry that has become so used to negotiating behind closed doors and having their influence diluted and diminished in government-led multi-stakeholder forums like the Mining Growth, Development and Employment Task Team (MIGDETT) and Operation Phakisa.

Where the decisions made by our nation’s political leaders are certain to negatively influence the future of the industry and crucially the jobs of those employed in it, it is vital that we work together to address the trust deficit that exists between government and the industry.

The mining sector is simply too important as a contributor to the fiscus, earner of foreign exchange and employer of hundreds of thousands of workers, not to make its voice clearly heard in the coming months and years.