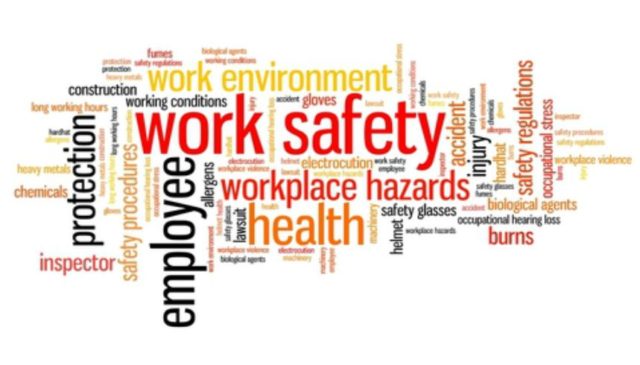 Workplace culture is vital in every other facet of mining for that matter.

The concept of “workplace culture” is usually synonymous with work environments that include perks like free canteen meals, employee retreats and in house-laundry services.

Or perhaps “touchy-feely” terms such as “employee engagement” – the likes of which conjure up images of team-building trust-falls. Certainly not a concept typically associated with mining… and most definitely not one that has anything to do with safety.

Yet here’s the thing – workplace culture has absolutely everything to do with safety in mining. So much so, that the US National Institute for Occupational Safety and Health (NIOSH) irrefutably states that “the way to improve the safety of miners is through creating a positive safety culture”.

Quite the breakthrough concept that tilts mining safety on its axis. Perhaps it’s not just your protocols, policies and procedures that drive safety… but your culture that actually predicts the level of safety in your operation.

Then consider the fact that the root cause of the one of deadliest mine disasters on US soil came down to workplace culture.

Massey Energy Company was the fourth largest producer of coal in the United States, when in April 2010, 29 miners died in the Upper Big Branch explosion – the USA’s worst mine disaster in four decades (Massey was subsequently sold in 2011).

A state funded independent investigation found Massey Energy’s top-tier leaders to be directly responsible for the blast… and the root cause of the disaster was attributed to a culture that valued production over safety.

And herein lies the greatest, and most tragic, irony of the entire disaster: organisations with strong workplace cultures have also been proven to increase their revenues by almost five times more than that of organisations with poor cultures.

The Mine Safety and Health Administration (MSHA) established that Massey’s top leadership first caused, and then allowed the perpetuation of a workplace culture that ultimately lead to this devastating, yet avoidable disaster.

Last year, Deloitte found that most HR leaders – a whopping 82% – believe that company culture gives them a competitive advantage. But only 28% said that they actually understood their own culture.

For such a vital issue, there sure is confusion about how to even define the term. Of all the ways that consultants have attempted to explain workplace culture, none have managed to provide an understanding that is liveable, tangible and translatable for everyday employees, without using complex constructs.

But the concept of “Unwritten Ground Rules”, or UGRs, changes this, for good. UGRs is a concept initially created by corporate culture strategists, Steve Simpson & Stef du Plessis, defining workplace culture simply as people’s perceptions of “this is the way we do things around here”.

And in the case of Massey (where 300 employee interviews were conducted following the disaster), the message was clear: the way things were done around Massey meant that safety was considered to be a hindrance. Shortcuts were acceptable.

The culture at the mine was one “in which wrongdoing became acceptable, where deviation became the norm.” That was their UGR. And it infiltrated through every single employee. Like poison gas. From top-level management all the way down to the coal miners themselves.

But now the concept of UGRs makes it possible to involve all employees in re-framing workplace culture – and then holding everyone accountable for transformation (and not only the leaders).

In 2016, six years after the disaster, Don Blankenship, Massey’s former CEO, was sentenced to a year in prison (the maximum prison term allowed by law) becoming the first high-ranking executive to be convicted of a workplace safety violation.

The US federal judge said, “By putting profits of the company ahead of the safety of your miners, Mr. Blankenship, created a culture of noncompliance”.

A $209.5 million settlement agreement, in addition to a $10.8 million fine, was the largest fine ever imposed by the Mine Safety and Health Administration in US history.

In your own mining company, do you know what your UGRs are?

So when all is said and done, sure, your safety protocols are in place. The I’s are dotted, and the T’s crossed. But how would each and every single employee in your operation complete sentences like: “Around here, when an unsafe act occurs…” or, “Around here, when someone sees a co-worker working in an unsafe manner…”