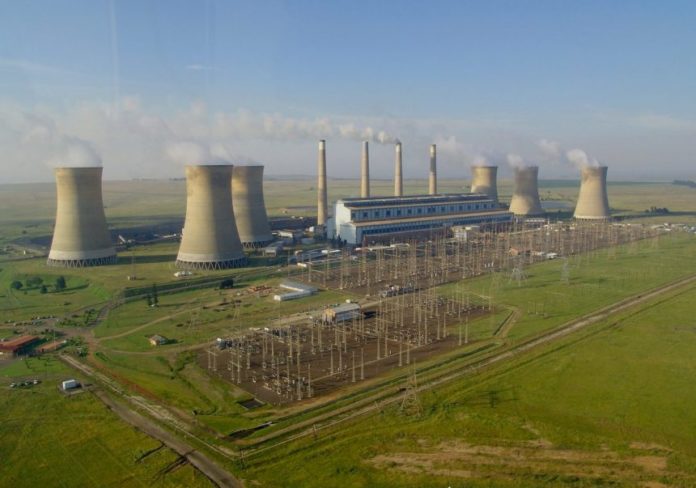 South African households are under continuing pressure to pay for basics, and businesses are finding their competitiveness being eroded. Eskom is looking to cut its use of private power and has proposed nuclear as the final solution, but it may be making a major business model mistake.

New builds of huge power stations go against recent and future trends in utilities. The rapid decline in renewable pricing is pushing them past the need for government subsidies and ‘feel good’ imperatives to become a real alternative.

Critically, large-scale battery production and new technologies are driving down the price of storage, which will make renewables feasible on a larger scale within 15 years.

Committing to a 30-year trillion rand investment will lock up scarce funds and close out optionality. It is a decision based on existing technology and an old business model, and does not consider the future energy landscape. Funded with debt, it will very likely continue to push up tariffs and this, combined with a decline in renewables and storage costs, will put Eskom into a utility death spiral.

The declining price of renewables

Since 2007, solar module costs have decreased 80% with the price falling 26% every time output doubles (wind-power is also falling fast – 19% per doubling).

South Africa’s successful REIPP (Renewable Energy Independent Power Producer Procurement) programme has already experienced the positive cost trend of renewables. The measure used to analyse and compare tariffs with the cost of new power is the Levelized Cost of Electricity (LCOE). Simply put, it is the cost of installation, financing, and running, divided by the total energy output. We can use it to compare builds and tariff schemes.

Even CSP, which priced relatively expensively at R3.94/kWh, came out cheaper than alternative peaking supply from diesel and gas turbines. This is why Deutsche Bank has already placed South Africa at grid parity for solar prices.

Analysts have looked at the recent trends and projected future costs based on a steady learning curve as total capacity increases. If these continue and solar module prices reduce 40% over the next five years, renewables will easily beat out growing Eskom tariffs (1).

Generation is only half the story when it comes to renewables: They don’t produce a steady flow of power and so are criticised as not being viable for base load generation.

Batteries solve this by allowing renewables to time-shift their power production. Batteries even make sense in a normal grid as they provide an alternative to expensive surge generation.

Storage costs have historically been prohibitive. The only viable option in use is pumped hydro, but this isn’t always feasible. However, the growth in electric vehicles is rapidly advancing battery technology, and new technologies are emerging as other cheap options.

Thus, Lithium-Ion costs in five years could be priced at $220/kWh for use in renewable transmission systems and peaker replacement. This would convert to around R3.50/kWh LCOE. Some forecasts though see $100/kWh by 2025, which translates into R1.76/kWh – low enough to take on peaker plants and for effective use in transmission systems in combination with renewables.

Although this may seem high when one adds solar costs and compares it to coal and nuclear, it actually becomes very attractive to high-end users having to fund Eskom’s growing costs and tariffs.

The change to solar, and then added storage, would be an obvious switch. Eskom would then be forced to increase rates because of a smaller user base, making it the best option for the rest of users as well.

Eskom is at risk of losing demand to renewables-storage, but municipalities are at even greater risk. Large metros generate around 30% of their revenue from electricity sales with profit margins of 15 – 20%.

If high income and business customers begin to defect (or even reduce consumption), municipalities will find themselves needing to charge higher prices for the remaining few who do pay (as there are subsidised and general high debtor customers). This creates a vicious cycle of defection known as the utility death spiral.

By our estimates, if Eskom loses just 300 000 high-use customers, it will have to increase tariffs 23% just to maintain current revenue levels. Placing this on top of general price increases, and then new nuclear build costs, would be disastrous.

There are two ways to overcome this. The first, and more regressive, is changing the revenue model to charge for access to the grid. As it is unlikely for customers to go completely off the grid due to cost and flexibility factors, Eskom could still recover some revenue from such a scheme.

A better option for Eskom and municipalities would be to redesign the grid and distribution model to focus on the benefits and generating properties of renewables (such as Gemany’s E.ON). Government can contribute by pushing renewables through tariff structures, private partnerships, and creating a new job generating industry within South Africa.

Eskom must consider the future landscape

In a low growth environment, there is already evidence that SA has enough power production in development to avoid the need for nuclear. Furthermore, grid planning is already missing from Eskom’s strategy and, along with other indicative actions, it is improbable that we will see a fleet-footed, innovative approach taken in our local case.

General utility companies are typically sclerotic as they are, at the end of the day, a historic regulatory creation to provide power to the masses with a guaranteed income. That guarantee is unravelling though, and even though the timeline for this in unclear, we are not alone in thinking it will be less than 30 years.

Note: (1) Some may point to the desperate need for base load power to support economic growth and argue that nuclear-powered France and Korea have the world’s cheapest, most reliable supply.

As of today, this is a good argument. LCOE prices for nuclear in South African have been estimated cheaper than solar, although one should bear in mind that its high capital costs are severely affected by interest rates which could take a big hit if SA takes on major debt.

More importantly though, nuclear won’t be ready overnight and a 10-year comparison against declining renewable is the correct one. In fact, the best comparison is Eskom tariffs, for this is the decision consumers and business will face.