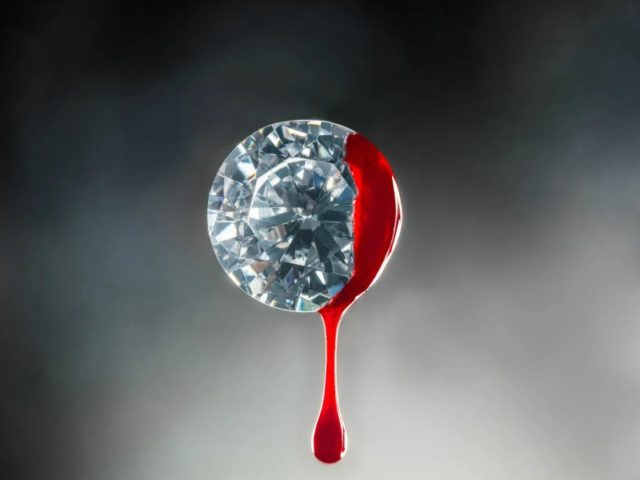 During events organized around the adoption of the UN Resolution in New York, CSC representative from Zimbabwe, Mukasiri Sibanda, pressed the Process to stop the obstinate self-praise and finally face its long-known weaknesses.

“The Kimberley Process does not have the means at its disposal to act promptly upon early warning signs of wide-scale violence, let alone to stop it from escalating. It is an indolent organ with embargoes as its sole response to react after the damage is already done.

The Kimberley Process turns a blind eye to all other forms of violence such as human rights abuses, torture, inhumane or degrading treatment, environmental degradation and economic crimes.”

What about the repeated claims that the Kimberley Process actively promotes sustainable development?

“In many countries’ diamonds do indeed create jobs and contribute to economic advancement, but their development potential is far from fully realized. And this said, where is the contribution of the Kimberley Process to this? How are the massive resources engulfed by the endless gatherings of hundreds of country and industry representatives across the globe benefiting local communities?” questioned Mukasiri Sibanda.

“We should ask local communities, but where are they? They are, literally and metaphorically, far away from these gatherings. When we mention the Kimberley Process to the communities we engage with, we mostly get a blank stare.

“Those who have heard of it, typically do not associate a lot of good with the mechanism. Is it not emblematic that, at grassroots level, the scheme is most known in countries that have lived through a Kimberley Process embargo? Communities know the Kimberley Process for its sanctions, not for its benefits.”

“There is a huge unexploited potential within the Process, which brings together all countries involved in the diamond sector with industry and civil society.

“Unfortunately, we note that time and energy within the Process are predominantly wasted on procedural navel-gazing with no relevance whatsoever for communities impacted by diamond mining.”

“Civil society participation is essential within the Process and the Civil Society Coalition has from the outset been advocating for change to the benefit of communities affected by diamond mining.

“The failed reform cycle shows a lack of commitment by the Process to maximize the benefits of diamond mining and trading, and to minimize the harms.

“As the civil society coalition, we can no longer justify our engagement in this insular logic, which is so far out of touch of the realities and needs of our constituencies,” stresses Shamiso Mtisi.

The coalition has decided to increasingly work through other international initiatives, as well as at the national and the regional level, with a focus on three themes: redistribution of diamond mining benefits, reduction of violence and the protection of land rights of local communities.

“We will not be confined by the Process’s many limitations in continuing our mission of defending the rights of communities affected by diamond mining operations.”