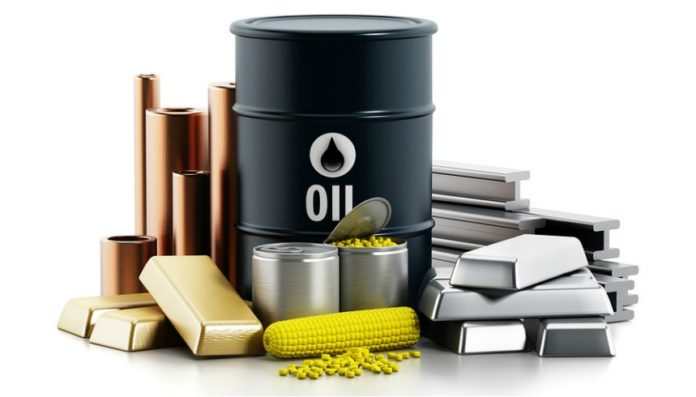 Most commodities were up over the holiday and last week: Energy commodities showed unexpected strength as Brent rallied to $68 last week on strong global demand and a belief in the market that the three big players (Saudi Arabia, Russia and the US) are now working together to hold global production in check.

There are however fears that stronger oil will unleash a rush of extra pumping by US “wildcatters”.

Over the short term, the extreme cold holiday weather boosted demand for heating oil, coal and especially gas, but the cold is subsiding.

Higher diesel and other energy production costs have played a big part in lifting prices of nearly all commodities higher.

Precious metals were also boosted by increasing fears of a market correction, with some converting their stocks into safe haven assets.

China– sets emissions quotas for power sector – 1st step towards much-delayed carbon emissions trading scheme. System to be firstly tested for indefinite period of mock trading. To be rolled out slowly to other industries.

US – President Trump ordered various ministries to submit plans by mid-2018 on how to minimise imports of a list of non-fuel minerals “essential to US economic and strategic security”.