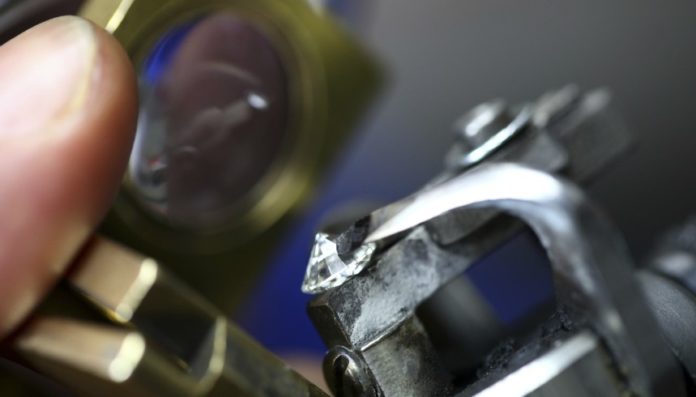 As a UN Women partner, De Beers has committed to achieving parity in the appointment of women and men into senior leadership roles, investing in women micro-entrepreneurs and STEM students in its diamond producing countries and ensuring De Beers’ brands are a positive force for supporting gender equality through all its marketing campaigns.

Working alongside UN Women, governments and communities in its diamond producing countries of Botswana, Canada, Namibia and South Africa, De Beers will invest $3 million to advance the prospects of women and girls by addressing key priority areas.

In Botswana, Namibia and South Africa, the programmes will focus on accelerating the growth of women-owned micro-enterprises to enhance the capacity of women entrepreneurs to grow their businesses, increase their income and create sustainable jobs for themselves and their communities.

The capacity-building model will be specifically tailored for each country to support women micro-entrepreneurs with business and life skills to enable them to realise their potential and contribute to the economic growth of their communities.

In Canada, De Beers and UN Women will work with, among others, the University of Waterloo to provide scholarships and mentoring to young women and girls from underprivileged communities who want to pursue studies in Science, Technology, Engineering and Mathematics (STEM).

These programmes are in the advanced planning stages and are due to launch in the coming months.

The commitment to create a step-change in the appointment of senior leaders within De Beers is coupled with a holistic approach already underway and focused on attracting and developing women at earlier stages in their careers wherever De Beers operates across the diamond value chain.

A Gender Diversity Steering Group has been established, reporting to the De Beers Group Executive Committee, with involvement from senior women and men across the organisation to meet this commitment, sustain it and build on it through tailored action plans in each part of the business.

Beginning earlier this year, group-wide initiatives have already included a review of talent attraction and development processes, the rollout of unconscious bias training, the establishment of a senior management-led reciprocal mentoring programme and the review of policies and recruitment guidelines.

De Beers’ consumer brands Forevermark and De Beers Diamond Jewellers will leverage the considerable purchasing power and cultural influence of their diamond marketing campaigns to serve as a positive force for gender equality.

The company will work with UN Women to support its marketing teams in shaping creative campaigns that reflect the diverse roles that women occupy in society.

Both Forevermark and De Beers Diamond Jewellers have already begun commissioning new campaigns, due to run later this year and next year, that are inspired by equality and the evolving role of women in society.

Bruce Cleaver named a UN Women ‘he for she’ thematic champion

HeForShe is the UN’s global movement for the acceleration of gender equality and Cleaver is one of eight global Thematic Champions who have committed to implementing policies and actions within their organisation to advance gender equality.

Commenting on his appointment, which was announced by UN Women Executive Director, and Under-Secretary General, Phumzile Mlambo-Ngcuka during the UN General Assembly, Cleaver said:

“Improving the prospects for women and girls advances an entire society and organisation, as everyone benefits from the increased diversity of experience, skills and insight that greater representation of women delivers.

“We are in the early stages of our journey toward gender parity and we know that achieving our goals will require a dedicated and ongoing focus that continues well beyond our initial 2020 target.

“Diamonds hold a unique place in marking the most precious moments in the lives of millions of women around the world. At De Beers we believe it is our responsibility and privilege to stand with women, to lead in the pursuit of equality and to give even deeper meaning to the diamonds they are proud to wear and pass on to next generations.”

“We are delighted to have De Beers Group on board as a UN Women partner.

“With global organisations like De Beers joining the United Nations movement to achieve gender equality, we are able to reach new and greater audiences to further build global awareness and support for advancing women’s empowerment.”