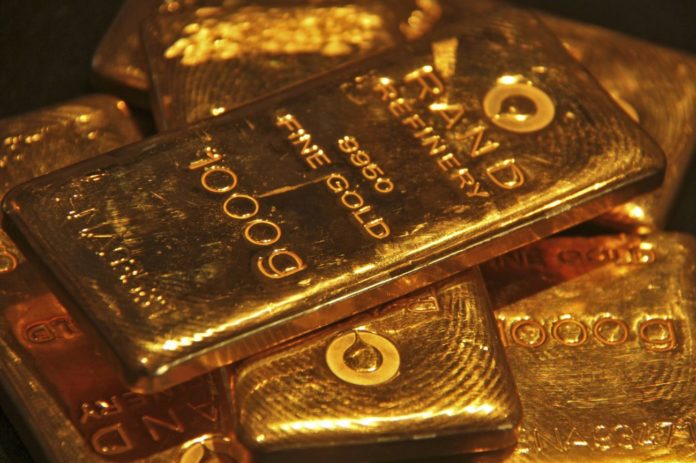 According to the World Gold Council (WGC), the gold price was at its highest since 2014 on Friday, recording a 6% increase from US$1 265.75/oz the day before as a result of Brexit.

The commodity traded as high as US$1 358.54/oz in Asian trading hours, as news of a likely ‘Leave’ victory started to emerge.

This has had a positive impact on gold miners too, as LSE and AIM-listed gold miners were up 10-20% on Friday morning.

Gold is fulfilling its classic role as a safe haven asset and performing exactly as the many investors that bought it in the run up to the referendum will have hoped, the WGC notes.

As a high-quality, liquid asset, the WGC believes gold will provide investors with a hedge against market uncertainty, economic, political and intervention risk.

The market development organisation resultantly expects to see strong and sustained inflows into the gold market driven by the intense market uncertainty that now faces the global markets.

Gold exchange-traded fund holdings have also been increasing sharply, a trend that the WGC expects to see accelerate, as both retail and institutional investors re-allocate funds to gold.

Purchases of gold coins by small retail investors, which were already up sharply in the months running up to the vote, should accelerate further.

The WGC expects to see an increase in central bank purchases of gold. The British pound is one of the world’s few reserve currencies, but has fallen to a 31-year low on the back of Brexit. Moreover, S&P Global Ratings said on Friday morning that UK bonds could lose their AAA credit rating.

As well as market uncertainty, gold is supported by monetary policy actions. If central banks are forced to implement supportive measures they will likely come in the form of further extraordinary actions, new rate cuts or delays in planned hikes.

Worse-than-expected US labour market data and a downgrading in economic growth forecasts in June had already seen expectations of a US Federal Reserve interest rate hike pushed out to the end of the year.

Britain’s departure from the European Union will likely push expectations out even further and some central banks may push interest rates further into negative territory, increasing the investment challenges for buy and hold investors like pension funds.

The WGC notes that the news of Brexit could see an entirely new class of gold investor emerge.