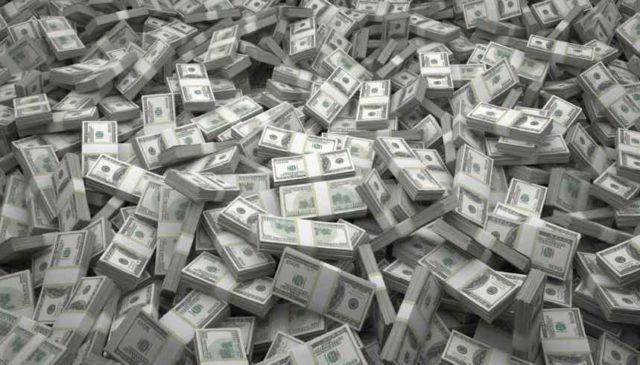 As mineral prices stabilise and edge higher over the coming years, there will be a shift in the status quo of mining finance sources seen over the past half decade.

The bottoming out of metal prices over 2015-20 16 and most mining companies returning to profits in FY2016 will ensure that traditional forms of finance, including equity and debt financing hold centre-stage as sources of mining finance over the coming years.

While mining majors will continue to rely on equity and debt financing, mid and small cap companies, and those looking into higher risk exploration projects, will benefit from new players taking a greater stake in the sector, from private equity to sovereign wealth funds.

With metal prices weakening and losses engulfing the mining sector during 2011-2015 after the commodities boom, these traditional forms of mining finance had become constrained with only major established players and companies with less risky projects and cash flows being granted such funding.

Alternative forms of funding including private equity and royalty and stream financing gained popularity during this period, mostly among junior players who found it hard to raise funding through traditional equity or debt markets.

As prices have started their modest recovery, BMI Research expects traditional financing sources to become less constrained and more available to a wider range of miners.

Simultaneously, alternative funding sources will continue to gain ground due to the lower risks associated with them, while joint ventures, development financing institutions and state-backed funding will form the chassis of riskier projects going forward.

Deals made in 20 17 and beyond, however, will be fewer in number compared to the past five years , as lower company debts and better liquidity will enable miners to fund their own projects in the coming years.

Along with the size of transactions becoming smaller and number of financing deals slowing in the coming years as more miners are able to fund their own projects with increasing prices, equity and debt markets will become less constrained and more available.

Supply of these funds will be freed up as demand falls.

Companies that have management teams with a history of making profits for their shareholders will still find it easier to raise funding, along with projects with quality assets but modest capital expenditure and low execution risk.

Companies with strong relations hips with local governments will also fare better in raising money, as will projects in the production stage that already have access to cash flows.

For companies with an investment grade credit rating, the availability of low cost, long maturity debt has increased substantially since the bottoming of commodity prices in 2015-2016.

Nevertheless, investment grade majors have s till continued to place bond issues at competitive rates instead of opting for just commercial loans.

As the mining industry is now in recovery mode, BMI Research expects convertible loans to decrease over the coming years.

These provide an attractive source of capital in periods of volatility, providing downside protection, but also the potential for participation in future upside.

However, from a company’s perspective, financing of this nature can be costly, with high coupon rates and the inevitable dilution of equity (assuming the bond converts).

Convertible loans also bring a risk of default should the company not be in a position to meet the principal repayments on maturity if market conditions deteriorate.

Similarly, BMI Research expects instances of companies raising further equity in the market to slow over the coming years.

Many major mining companies chose to make second listings on other stock exchanges during 2011-2015. As companies have returned to net positive cash flows and are significantly much more deleveraged now, the idea of raising further equity is less attractive.

While non-core asset disposals are another common way that producers raise capital to fund key projects and bolster their balance sheets, most mining companies have already shed the majority of their non-core assets in 2015 and 2016.

Historically, asset disposals by the majors have provided mid-tier miners an opportunity to acquire mature but well-managed operations.

Private equity and venture capitalists will continue to gain popularity among early stage explorers for funding, as exploration activities are increasingly driven to frontier and remote geographies, which typically result in more expensive and riskier programmes that institutional investors or commercial banks are less willing to invest in.

For example, in April 20 17, South32 entered an agreement with Toronto-listed junior miner Trilogy Metals where it will spend up to US$30 million over three years exploring Trilogy’s Upper Kobuk Mineral projects in Alaska for copper.

A common funding option is an earn-in agreement, whereby the new partner commits to incur a minimum fixed expenditure over an agreed time period in order to earn a pre-determined share of ownership.

Newmont Mining entered into an earn in arrangement with junior Goldstrike Resources worth $44 million in H117 for 75% of the Goldstrike Plateau project in the Yukon Territory in Canada.

Other exploration companies raise financing through strategic private placements with their larger peers instead of forming partners hips at the asset level.

These placements allow juniors to retain full ownership of their projects and are also viewed as major endorsements, allowing the company to raise further funds by traditional means.

Passing from the exploration to the development stage, where financing is required for feasibility studies to get the project’s economic viability proven, companies will increasingly rely on less risky alternative funding sources including royalty and off-take agreements.

Royalty agreements will remain an attractive source of finance at this stage, offering a non-dilutive (compared to raising equity at depressed prices) and non-controlling source of capital and a deferred repayment date only when the project yields revenue.

A royalty company or financial institution provides the borrower with capital in exchange for a share in the project’s future revenue.

Typically there is no obligation to repay the capital and the capital does not bear interest (in contrast to a corporate loan).

Royalty agreements generally do not include penalties for construction delays; have fewer financial, legal and information covenants and undertakings, and fewer events of default.

Similarly, off-take agreements are payment agreements for a determined volume or percentage of production over a set time span, and are key for bulk commodities such as coal, iron ore and limestone.

Such agreements also remain popular amongst companies already in the production stage, as do metal streaming, which is the provision of an upfront payment (or a series of payments based on development milestones) to a mining company in return for the right to purchase a percentage of production for a certain (long -term) period at a pre-agreed, discounted price.

This is a popular form of financing for mines producing precious metals.

With mining projects shifting to riskier developing markets and the slow depletion of minerals, all of which are non-renewable, globally causing governments to scamper for strategic commodities, BMI Research expects the role of sovereign wealth funds, state banks and development finance institutions (DFIs) to increase.

DFIs provide credit in the form of loans, equity stakes and risk guarantee instruments to companies investing in developing countries.

DFIs accept higher project and country risks than commercial banks, provided that the borrower demonstrates commitment to benefiting the host nation and complies with stringent environmental and social standards.

The rise in state-backed investment, often through sovereign wealth funds or state banks, is predominantly flowing from Asia.

China, with its drive towards full resource security, has the most state-backed investment into the sector with investment focused on the companies based in the traditional mining economic centres of Australia, Canada, South Africa and the UK.

As an example, since the Belt & Road initiative was first announced in 2013, China has committed vast amounts of money to the new Asian Infrastructure Investment Bank (AIIB), the New Silk Road Fund (NSRF), the Shanghai Cooperation Organisation (SCO), the Silk Road Gold Fund, and the Mining Industry Development Fund.

China’s state-run Gold Investment Fund was also set up in May 2015 with an initial $16 billion for the Belt & Road’s purpose.

Joint ventures have always been popular in the mining industry, but as developing new projects become costlier with investments in frontier markets and less accessible areas, BMI Research expects miners to increasingly take on this option of risk-sharing going forward.

This is even more so with lessons of previous large solo projects that resulted in major losses for miners in past years.

While the overall valuation dynamics of joint ventures need to be carefully thought through, the involvement of another partner can help de-risk a project and provide greater flexibility if initial capital outlay is reduced.

Going it alone is not always the right answer and considering the benefits that a joint venture partner may bring is increasingly relevant as projects become more intricate and financing more volatile.

Examples of notable joint ventures in 2017 include Barrick Gold & Shandong Gold Mining’s 50/50 deal in the Veladero gold mine in Argentina, Barrick and Goldcorp’s 50/50 deal in the copper and gold deposits of the Maricunga District in Chile, Rio Tinto and Strandline Resources’ 75/25 deal on mineral deposits in Tanzania and Firesteel Resources and Nordic Mines’ 51/49 deal on the Laiva gold mine in Finland.