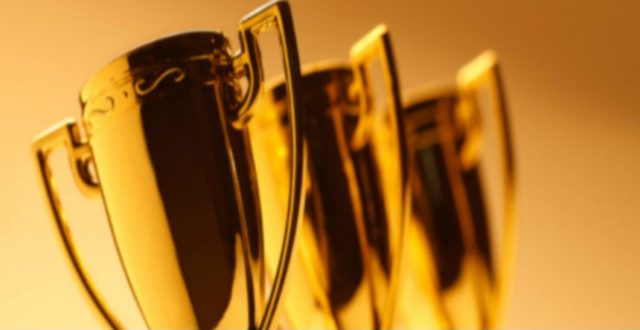 This year’s inductees for the National Mining Hall of Fame were selected by the board of governors and represent exploration and extraction of new frontiers, environmental stewardship, leadership in formulating U.S mineral policy, education, and research and development.

His gravitas and management style left highly favourable impressions in every position he held. He was the chairman and president of Berwind Natural Resources; president of the Society of Mining, Metallurgy and Exploration (SME); president of the American Institute of Mining, Metallurgy and Petroleum Engineers (AIME); director of the United States Bureau of Mines (USBM) and head of the department of Mineral Engineering at the Pennsylvania State University.

He served on the board of directors of Foote Minerals and Cyprus-Amax and was very active in the National Academy of Engineering, the SME Foundation, and the National Mining Hall of Fame and Museum.

Falkie’s contributions to the industry span the disciplines of science, engineering, technology, management, education, and policy-making.  He was a pioneer in recognising the potential applications of the emerging computer industry in planning, designing, and managing mineral operations.

A highly-regarded metallurgist and business executive, Leonard (Len) Harris may be most remembered for the heart he has for the people whose lives were touched by his career.

For more than six decades Harris has been a true pioneer in corporate social responsibility, leading companies to understand that doing the right thing for the local people is also the best path to business success.

After an early career in Australia and Ghana, Harris moved to Peru in 1955 to join Cerro de Pasco Corporation, owner of several mines with one of the most complex metallurgical operations in the world. He was quickly promoted through multiple positions and was ultimately named director of metallurgy.

Since his retirement in 1995, he has served on dozens of mining company boards, held leadership positions in many mining societies, and received numerous prestigious awards including the Herbert Hoover Gold Medal Award.

Dr. Vincent McKelvey was among the preeminent authorities on deep-sea mineral deposits. His diverse accomplishments range from conceptual to the practical, including the development of a new framework for the assessment of mineral resources and an improved understanding of the mineral potential of the ocean floor.

His leadership and vision as the director of the United States Geological Survey (USGS) provided the scientific basis for advancing the exploration capacity of the mining industry on a global scale.

As the chairman and CEO of Newmont Mining, Parker manoeuvred through multiple hostile takeover events in the 1980’s and played the pivotal leadership role in preserving Newmont’s independence.

He was devoted to the protection of corporate assets and preserving shareholders’ interests. Through his formidable leadership, Parker led the restructuring of the company from a diversified mining house to a major gold producer.

Parker played a leading role in the creation of the World Gold Council and served as founding chairman. His concern for an equitable resolution of federal laws governing mineral exploration and mining extraction and their impact on the well-being of the U.S mining industry led to the creation of the Mineral Alliance, of which he became chairman. As vice chairman, Parker was instrumental in revitalising the American Mining Congress, now known as the National Mining Association. Parker was a founder of the National Mining Hall of Fame.

“Their contributions to the mining industry are immense, their legacies wide-ranging and their profiles exhibit the diversity of talents necessary in our great industry.”