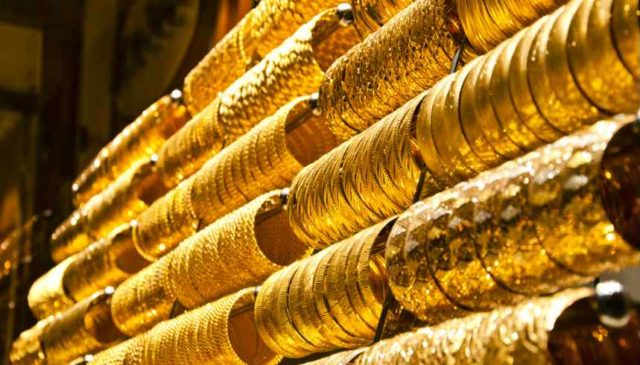 Inflows into ETFs of 109.1 tons, although solid, were nonetheless a fraction of last year’s near-record gold inflows.

Bar and coin investment, however, was healthy at 289.8 tons (+9% y-o-y), while demand firmed slightly in both the gold jewellery and technology sectors.

Inflows into gold-backed ETFs of 109.1 tons were concentrated in Europe.

Although inflows were just one-third of the extraordinary levels seen in Q1, 2016, demand was firm.

European-listed products were the most popular, due to continued political uncertainty in the region.

Investment in bars and coins grew by 9% y-o-y.

Much of this growth came from China, where retail investment was up 30%, breaching 100 tons for only the fourth time on record.

Gains in India were the main reason for the slight y-o-y increase, but global jewellery demand remains relatively weak in a historical context.

After a whirlwind end to 2016, Indian consumers enjoyed a period of relative stability in the domestic gold market, buoying demand.

Continued remonetisation by the RBI lifted consumer sentiment, which encouraged demand ahead of the auspicious wedding season, albeit from a very low base.

Central bank demand for gold continued to slow where 76.3 tons were added to reserves.

Central banks showed a diminished appetite for gold purchases; China’s purchasing programme was on pause during the quarter as its foreign exchange reserves remained under pressure.

Sales, once again, were sparse.