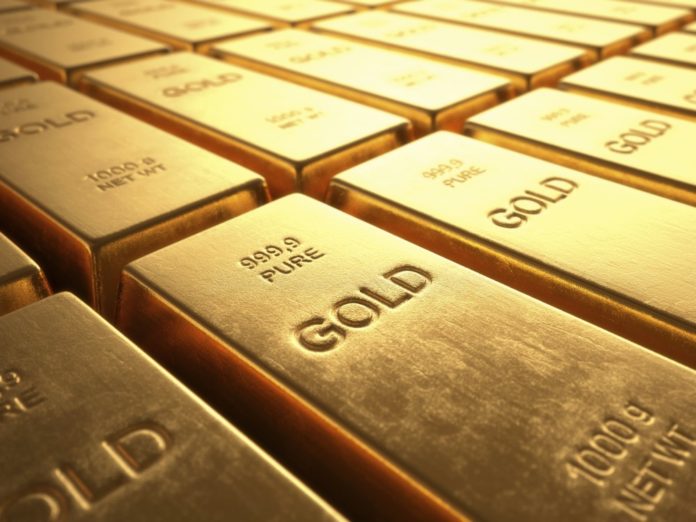 The council reported the improvement in its latest Gold Demand Trends (GDT) report, released on Thursday.

Inflows into ETFs were the highest since Q1, 2009 at 364 t as sentiment towards gold improved markedly. Shifts in the global economic and financial landscape have created a positive environment for gold investment in recent months.

Uncertainty abounds however the report adds:

The swirling uncertainty created by this mix of factors undermined confidence in traditional asset classes. Turbulence hit stock markets around the world. The impact of NIRP in particular significantly reduced the appeal of sovereign bonds as a stable, low-risk asset.

Having seen regular – and at times substantial – outflows over the last three years, ETFs had a stand-out quarter as gold’s investment qualities came back into sharp focus.

Inflows reached a seven-year high, close to levels last seen during the Great Recession when the sovereign debt crisis was also in full swing. Gold found favour for its role as an effective risk diversifier, enhanced by its added benefits of liquidity and relatively low volatility.

Inflows were reportedly from a broad investor base, from institutional to private. Notably, there is anecdotal evidence that many of these inflows are from investors initiating or rebuilding strategic, long-term holdings after the wash-out of positions since early 2013.

During the first quarter, the US$ gold price appreciated by 17% on the strength of investor conviction. This was matched by local price gains in markets across the globe.

The enthusiasm with which investors renewed their appetite for gold ETFs in Q1 was palpable – the gold price surged by 17% in response to such large-scale inflows. This was the best performance in almost three decades and gold ranked as one of the best performing assets globally during the quarter.

The investment response in the ETF market was echoed in surging physical demand for bars and coins in a handful of markets.

Jewellers respond to government tax rises with country-wide strikes, forcing Indian consumers to postpone Q1 demand. India’s jewellery market virtually ground to a halt in March as a combination of surging prices and industrial action in protest at government policy made for an extremely challenging quarter.

In the government’s budget on 29 February, the Finance Ministry announced plans to impose a 1% excise duty on jewellery manufacturing.

A nationwide strike was called from 2 March with the support of national industry associations. While jewellery stores in the south of India re-opened on 19 March, retailers across vast swathes of the country remained shut for the remainder of the quarter and into April.