As a result of transformation undergone by dual-listed Sibanye over the course of the last year, Sibanye Gold has changed its trading name to Sibanye-Stillwater.

The rebranding is a natural step in the evolution of Sibanye-Stillwater; from a gold mining company with its asset base entirely located in South Africa, into a leading international precious metals company. 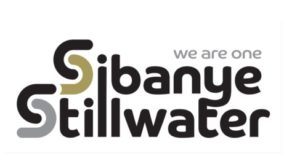 “We are proud to unveil our new name and brand Sibanye-Stillwater, which preserves the value of both the Sibanye and Stillwater Mining brands, and better captures our international profile,” says CEO, Neal Froneman.

“The new logo celebrates our South African roots and the Sibanye culture, vision and values, which remain consistent and form the core of the new group.

Sibanye’s development from its genesis as a perceived high cost, limited life South African gold mining company, in just over four years since its unbundling by Gold Fields and listing on the JSE and NYSE on 11 February 2013, has been extraordinary, particularly in an environment in which many international mining peers have been more inwardly focused.

Implementation of Sibanye’s proven operating model at the gold operations it inherited from Gold Fields, met with early success, with meaningful cost reductions and increased production, significantly extending the lives of its gold operations and making them among the lowest cost (on an all-in cost basis) mines in the world.

In early 2014, an opportunity to unlock significant value through consolidation and the application of Sibanye’s operating model in the South African platinum group metals (PGM) industry was identified.

The acquisition of Aquarius Platinum in April 2016 and the Rustenburg operations shortly thereafter, established Sibanye, in a relatively short time, as a major participant in the global PGM sector.

The subsequent acquisition of Stillwater, a high quality, low cost PGM producer located in Montana in the United States of America in May 2017, was a further transformative strategic step for Sibanye-Stillwater.

The Blitz project will add approximately 300 000 oz of 2E PGM production to Stillwater’s existing annual production of approximately 550 000 oz, by 2021/2022. The successful acquisition of Stillwater has created a unique and truly international, precious metals company.

“Sibanye-Stillwater is the result of our innovative approach to value creation, and the hard work and dedication of all our employees,” comments Froneman.

“We are grateful to our shareholders and other stakeholders for their support through this significant transformational period. We are confident that Sibanye-Stillwater, is poised for continued delivery of superior value for all of our stakeholders.”

At this stage, the legal name remains Sibanye Gold, but will trade as Sibanye-Stillwater going forward. Trading tickers on the JSE and NYSE will remain unchanged at the moment.

Sibanye-Stillwater has reported operating and financial results for the 6 months ended 30 June 2017.

On the whole, the operating results are pleasing with the integration of the new PGM acquisitions proceeding smoothly, and with the South African PGM operations in particular delivering significant synergies.

To date, approximately R550 million of the R800 million annual cost and operational synergies which were identified on acquisition of the Aquarius and Rustenburg operations, have been achieved, with annualised benefits of approximately R1 000 million expected by year end.

This is significantly earlier than the three year period initially forecast to realise the R800 million benefits, underpinning the strong rationale for making these acquisitions and for consolidation of the industry.

The US PGM operations, comprising the Stillwater mine, East Boulder Mine, Columbus processing facilities, the recycling operations and the Blitz project have been incorporated into the Sibanye-Stillwater group effective from 4 May 2017 and have performed strongly despite the completion of the transaction and integration into the group.

Development of the Blitz project, which is expected to increase production from the US PGM operations by approximately 50% by 2021/2022, is well ahead of schedule with first production expected in the December 2017 quarter.

The timing of the Stillwater Transaction has been most opportune, with palladium among the top performing commodities in 2017.

Should PGM prices remain at current spot prices ($950/2Eoz), the US region will continue to finance its own capital, service the financing costs associated with its purchase and contribute significant additional cash flow to Sibanye-Stillwater.

The industry leading recycling operation at Columbus delivered strong growth in recycling volumes, averaging approximately 25.2 tons of feed material per day compared with 20.4 tons per day during the first half of 2016 and contributed $3 million to the US region operating profit of $28 million, for the two months since acquisition.

The 14% appreciation of the rand relative to the US dollar resulted in the average rand gold price achieved declining by 13% to R523,303/kg for the six months ended 30 June 2017.

Despite the challenging economic environment, the South African gold operations have generally performed satisfactorily, barring the Cooke operations and the Beatrix West mine.

Gold produced was 8% lower primarily due to the suspension of operations at Cooke 4 during the second half of 2016, the impact of illegal mining at the Cooke operations, and lower volumes and grades from Beatrix West. operating profit declined to R2,353 million.

Unfortunately continuing to operate the Cooke and Beatrix West business units at a loss is unsustainable and threatens the sustainability of other operations.

As such, notice has been given to all stakeholders and S189 consultations, which were announced on 3 August 2017, have begun.

Placing these business units on care and maintenance will result in the AISC for the South African gold operations being approximately R25 000/kg ($60/oz) lower.

Sibanye-Stillwater recorded a net loss for the period of R4,803 million (US$364 million) compared with a R88 million ($6 million) net profit for the comparable period in 2016.

Net other losses for the six months ended 30 June 2017 amounted to R5,780 million ($438 million) primarily due to non-recurring expenses including impairments, mainly at Cooke and Beatrix, of R2,796 million ($212 million), a provision for the expected future occupational healthcare settlement of R1,077 million ($82 million) as well as net finance expenses of R1,245 million ($94 million), an increase year-on-year of R1,021 million ($80 million) due to increased debt and fees related to the Stillwater transaction.

“We remain confident that the strategic rationale and timing of the move into the PGM sector are sound, and that the PGM operations will contribute strongly to the Group and create significant shareholder value,” states Froneman.

“We are restructuring South African gold operations for further sustainability and profitability and the outlook is positive.”

“Sibanye-Stillwater as whole has undergone significant change and done so under challenging circumstances, with commodity prices subdued and the South African operating environment uncertain.

“Sibanye-Stillwater is now well positioned to benefit from any upside in precious metal prices,” he concludes.