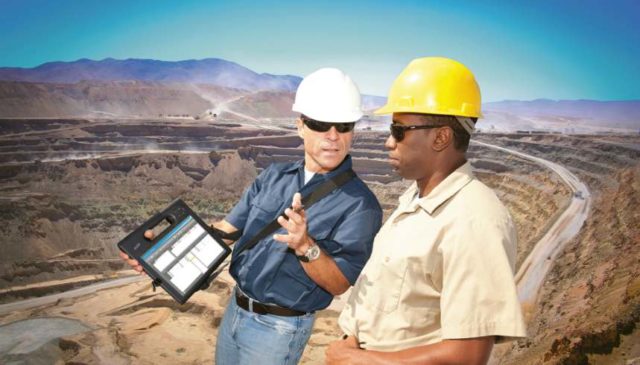 The political environment in Africa has stabilised meaning sovereign risk linked to mining investment in the continent has reduced.

This view on Africa is that of PwC partner, Ben Gargett, one of Australia’s leading experts on African resources sector taxation laws.

Speaking on the second day of the three day Paydirt 2017 Africa Down Under mining conference in Perth, Gargett says the timing of this improvement was ideal – coinciding with the resurgence of the mining sector, which has been a key driver of economic growth in Africa.

“Africa is changing. The political environment has stabilised,” states Gargett.

“Despite the challenges the mining industry has faced in recent years, increasing commodity prices, the levels of global investment pouring back into resource projects, and the market rebound for mining services companies, shows positivity has clearly returned to the sector,” he continues.

“Against this increasingly positive backdrop, opportunities abound for African countries to capitalise on this market environment and attract the capital to develop the resources of their continent.

“However, we are seeing African governments increasingly looking for larger returns from mining operations in their country through increased taxes, royalties and/or increased free-carry stakes in the mines themselves.

“Whilst African governments are grappling with the challenges of a lagging fiscal return to current positive market conditions, are they really taking ‘two steps forward and one step back’?”

Gargett used the conference to unveil PwC’s latest report, Two steps forward, one step back – the African tax landscape – an economic analysis of a standard gold mine operating under the same conditions, with the same assumed capital and operating costs, across four different African countries – Tanzania, Namibia, Ghana and Egypt.

He says the question remaines – how do African countries capitalise on the positive market conditions to strike the right balance between tax and revenue measures, while still allowing sufficient return on the capital invested by miners to allow these investment to occur in the first place?

He says analysis by PwC shows that Namibia continues to be the only country which generates a sufficient Internal Rate of Return (IRR) to allow a clear decision for the mine to go ahead.

The same analysis shows no mining project would be viable in Tanzania given its recent changes to its tax laws.

“Despite the introduction of a 1% export levy in Namibia since 2015, it continues to be the only country which generates a sufficient IRR to allow a clear decision for a mine to proceed,” says Gargett.

“The current fiscal regime makes the project marginal in Ghana where the IRR threshold is just below the target threshold of 25%,” he adds.

“Egypt (on the face of it) also has an IRR below the required investment threshold of 25%.”

Gargett says that while the Namibian tax take may at first glance appear lower than the other countries, it is the only country that is highly likely to receive any taxation revenue at all.

“Namibia has maintained its status as the most attractive destination of our sample countries for foreign mining investment capital,” he continues.

“For Namibia, this means the generation of government revenues of US$435 million over the life of the mine and foreign direct investment of US$200 million spent constructing the mine.

“Over the life of its operations expenditure of $1.1 billion and sustaining capital of $150 million are spent in country. The mine has ongoing employment of 1 100 people.”

Gargett points out that while the mineral resources in the ground are not mobile, the capital that funds the development of those resources is.

“So the race is on between nations to attract the investment dollar,” he says.