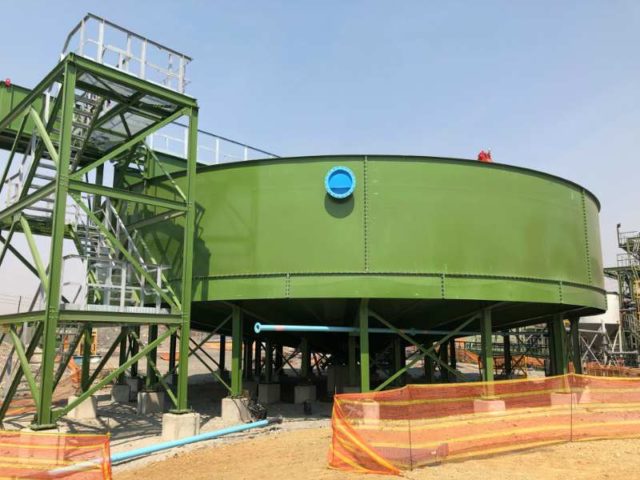 The company’s rapidly expanding track record is evidence of this.

Having established itself as the ‘go-to’ company in the African and international mining space for its full range of process equipment, MIP is looking to maintain the momentum it has built moving into 2019 and beyond.

“While we are already technologically driven, this is an area we know can use to further distinguish ourselves in the market,” says MIP MD Philip Hoff.

“And if we are successful in our objectives, which also includes maintaining our ability to deliver a quality product with unmatched service levels,” we are confident that expanding our business two-fold in the next two years is achieveable.”

Process technology a must in the processing sector

Hoff reveals that in many of the world’s mature mining regions, including South Africa, a lot of business is being driven around the need to replace and upgrade old plants, “which gives companies such as ourselves the opportunity not only to acquire new work but to incorporate new technologies to enhance the overall operating performance (better throughputs and higher efficiencies) of operating plants.”

In MIP’s field – the focus is largely on improving the underflow and overflow of thickeners – one of the company’s primary product ranges. The modernisation of thickeners has resulted in much higher and consistent underflow densities.

As a result, downstream process efficiencies such as filtration benefit.

Substantial savings in water is another consequential advantage which delivers huge savings for the client as well, both from a monetary and a water preservation perspective.

“Clients need to sweat their assets and maximise on their performance delivery and we have completed a number of projects which have achieved on this exact brief,” Hoff highlights.

In 2015 MIP completed a contract to refurbish two 47.5 m diameter thickener mechanisms for a gold operation which has subsequently enabled the client to increase production and deliver greater volumes of gold.

Hoff talks of another example where the refurbishment of a client’s thickeners resulted in their ability to operate at a much lower torque, thereby enabling them to produce a higher and more consistent underflow density from their thickener.

The concrete centre columns started to disintegrate, which if left, would have ultimately seen the thickener drive and internals collapse. This would result in a full plant shutdown with consequent millions in lost revenues.

“We had to overcome various challenges on the project: working on an active site, converting existing rakes to suit the new drive design, making the necessary tie-ins with existing controls and having only a 36-hour shutdown to achieve his,” Hoff reveals.

The execution was delivered as planned and the project saved from losing countless hours to an unplanned plant shut-down.

Building on the existing product range

In 2018 MIP also expanded its product range to include an internationally recognised brand of peristaltic pumps.

The company is now formally the African distribution agent for the company, based in Europe, which Hoff says boasts more than 25 years of operating experience in Africa alone.

The pumps are well suited to working in remote and harsh African conditions and ranges in size from small-scale laboratory units up to 100 m³/hour.

Highlighting the benefits of the peristaltic pumps, Hoff outlines that they are capable of pumping a variety of liquids at very high pressures. They are also easy to maintain and have improved in terms of ease at which the hoses are changed.

To provide an end-to-end service, MIP will keep stock of both the pumps and the necessary spare parts in South Africa.

At the time of going to print, the company has already expecting its first orders and is confident that the new product will help fuel its growth path quickly moving forward.