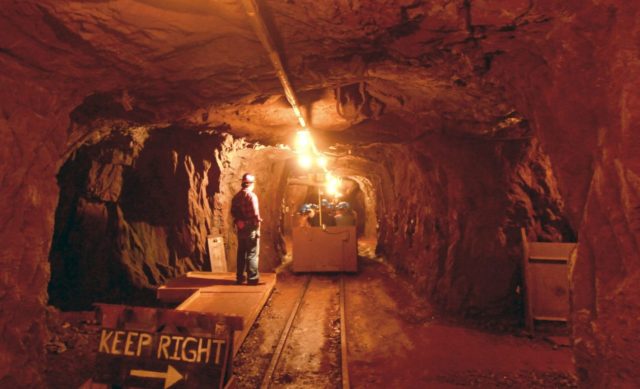 Wits and the China University of Mining and Technology (CUMT) have established the Joint International Research Laboratory of China-Africa mining geospatial informatics.

This initiative takes the mining research partnership between the two parties to the next level.

The collaboration, underway since January 2013, concentrates on researching underground communication systems, risk measurement through sensors, risk modelling and prediction of harm, while the new initiative will focus on accurately locating workers relative to mine risks, using GPS-like underground positioning.

“Every day, thousands of mine workers report for duty and disappear into the underground workings,” says Professor Fred Cawood of the Wits Mining Institute.  “Once underground, it is hard to protect them from harm because we don’t know what risks they are exposed to – or where and when those risks occur. At the end of the shift, they return – and this is the first time we can check that they are all back safely.”

Professor Cawood said this situation was not good enough to pursue a zero harm objective.

“The way to overcome this problem is, firstly, to accurately locate workers relative to machines, excavations and other typical mining risks in real time,” he says, “and secondly, to communicate directly with them should they find themselves in harm’s way.”

This initiative is a step towards realising the vision of being a world-leading laboratory with links to mining in China and Africa, with an initial focus on mining geospatial informatics research.

According to CUMT President Professor Shirong Ge, his institution’s long history of cooperation with Wits and other African countries (including Mozambique, Togo, Botswana and the Comoros) laid a strong foundation for the initiative. Geospatial technology in China has achieved a leading global position after decades of development, as did the BeiDou Navigation Satellite System.

“Universities like ours have the responsibility to introduce these advanced technologies to the international market,” he says. “I believe that this new laboratory will contribute to the application of these technologies, and promote the economic, social and technological development of both Africa and China.”

“Geospatial informatics technology has been playing an important role in the development of the national economy, especially in the mining area,” said Dr Guffei. “It is relevant to natural disaster monitoring and evaluation, macro resources environment investigation and protection of land and resources. This initiative between CUMT and Wits will become a landmark achievement in China-Africa cooperation in science and technology.”