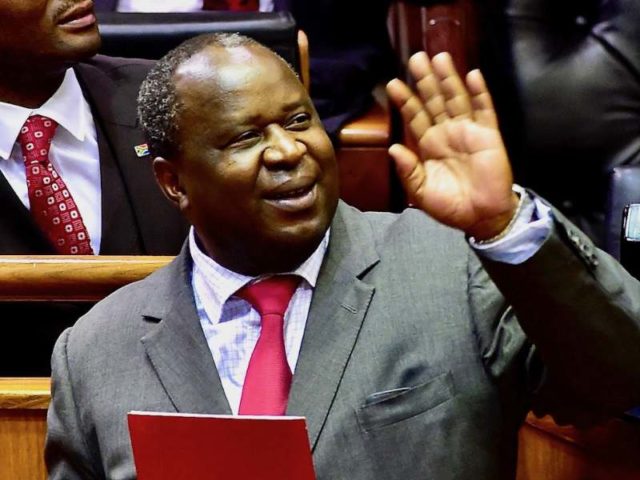 The Minerals Council South Africa has noted the tabling of the Medium-Term Budget Policy Statement (MTBPS) by Minister of Finance Tito Mboweni in the South African Parliament.

This statement has been released by the Minerals Council.

The MTBPS is a stark reminder of the constrained position of state finances as reflected in amongst others, the deficit to GDP, contingent liabilities and other indicators.

And, as has widely been expected, the MTBPS appears to have done little to break out of the structural growth “straight jacket”.

While there was little mention of mining, the MTBPS anticipates little to no growth in the sector, primarily because of declining production due to “lingering domestic regulatory uncertainty and slowing global economic growth, particularly in China, which is a large commodity importer”.

In the absence of plans to support the competitiveness of the mining sector, this view is likely to be fulfilled.

What is encouraging is the renewed focus on network industries, particularly Transnet and Eskom in South Africa.

It is, in our view, appropriate that while the government has committed to providing medium-term support to Eskom to secure energy supply and to honour the state’s contractual obligations, that the utility is expected to run like a business.

The Minerals Council is keen to learn about the blended finance infrastructure fund, which it believes will assist in relieving some areas of infrastructure backlog.

The admission by the Minister that savings efforts have not materialised in the preceding period, and the fact that the turning point to achieve a primary budget balance has been further pushed out towards the end of the Medium-Term Expenditure Framework, is disappointing.

If confidence in the State’s ability to manage its finances is to improve, commitments to do this must be met with results.

The Minerals Council recognises the parlous state of economy, and that Treasury is hamstrung in what it realistically can do to effect rapid change.

But, we stand firm on our call for a set of structural economic growth reforms that can create a virtuous circle of improving investor and business confidence, improving competitiveness and growing productivity, increasing investment, raising economic growth, reducing unemployment and poverty, growing transformation, and raising living standards.

These are all achievable with the adoption of pragmatic and realistic policies that work and promote these outcomes, as encapsulated in the Treasury “Economic Growth Strategy”, which the Minerals Council supports.