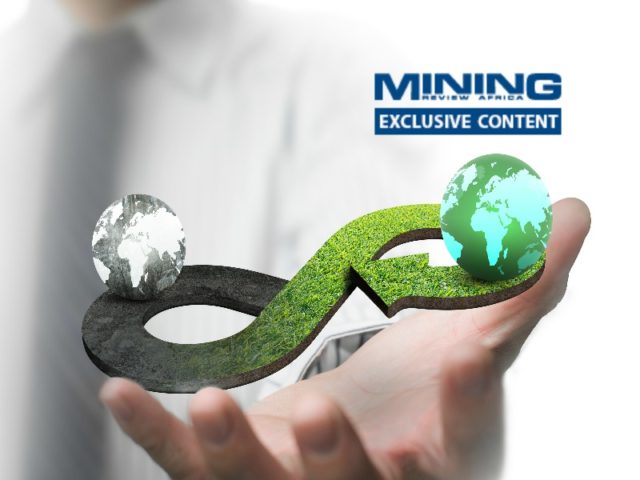 Companies who have been able to weather the COVID-19 storm are in a better position to secure bank financing for their operations.

This is according to SHIRLEY WEBBER, Coverage Head: Natural Resources and Energy at ABSA CIB. GERARD PETER reports.

As such, Webber believes that it will take up to six months for mining companies to return to normality and resume full production.

Of course, how quickly a mining company recovers is largely based on the commodity it mines.

“If you look at commodities such as gold and platinum, they are ahead of for example the diamond sector which will take a bit longer to recover as this is based on retail consumer demand right now,” Webber explains.

She adds that South African mines have  been able to benefit from the depreciation of the rand during the national shutdown given the exports and the prevailing US$/rand exchange rate.

Read more:
COVID-19 and its impact on the mining industry

According to Webber, the shutdown has also had an impact on the liquidity requirements of mining companies and those dependent on a single commodity have been particularly hard hit.

“We therefore expect that the short-term liquidity requirements of these companies would have increased and will most likely remain under pressure in the next few months.

“While commodity prices might have kept their own, we will look at what a company has done with regards to cash flow preservation when the mines were shut down or development of a project has been delayed due to COVID-19.

Webber further states that ABSA’s mining clients are taking advantage of liquidity support that they have never utilised before.

“We were often asked in the past by  credit committees on the necessity of  liquidity support lines and our response were always clear because of  commodity cycles and that situations can  change dramatically,” she states.

“Now, these liquidity support lines have given companies something to fall back on when they were not allowed to produce. So, as long as we are comfortable with the way companies manage their finances and operations, we were very willing to make liquidity support available for our mining clients.”

When it comes to securing bank finance, Webber explains that factors considered include commodity, management structure and diversification. Diversification not only relates to commodities but also takes into account if a company has more than one project and/or operates in different regions.

“For example, we look at whether a company is only focussed on certain African regions or if it is also looking at expanding beyond Africa.”

Webber avers that the COVID-19 pandemic has brought the issue of sustainability to the fore and it will largely influence how banks finance mining activities in the future.

“If you look at South Africa, for example, we believe that there will be an energy transition. Granted, we are still heavily reliant on coal but there are a lot of alternative energy sources that are coming into play.

“Currently, we are still supporting our existing client base but we are looking at assisting our clients to move to a cleaner energy mix and also getting them to adhere to environmental policies such as the Equator Principles and the World Bank standards.”

Webber further explains that financial institutions also have to comply with these standards. As such, ABSA has signed up to the United Nations Principles for Responsible Banking.

This means that it cannot put funding in place without having a look at the impact that a mining operation will have on the environment and the communities around the mine.

While banks are willing to help their existing mining client base during these uncertain times, what about new companies that are looking for financial assistance? According to Webber, the door is very much open for smaller mining operators.

“We have and we will continue to look at smaller mining operators. A lot of this depends on where the commodity fits into the bank’s risk profile. Is it a commodity that is going to be part and parcel of sustainability going forward and is part of the cleaner energy mix?

“We have a strategy in terms of where we can and cannot play but ultimately it comes down to management, the type of commodity and the region in which a company operates along with the legislative framework of that particular country,” she concludes.