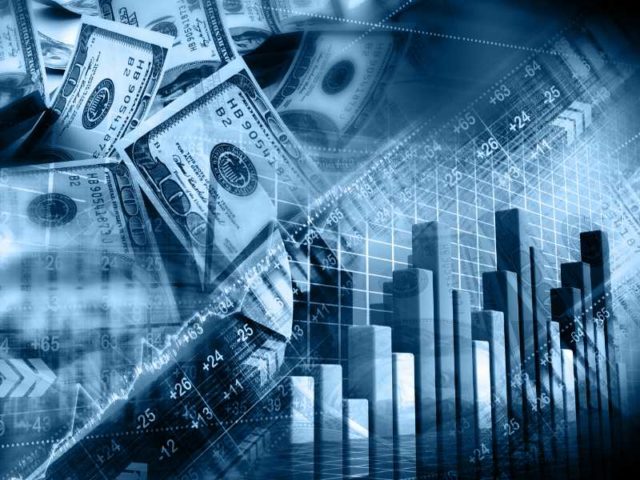 A critical driver of economic and social progress for Africa is infrastructure development. It underscores virtually all other productivity and growth objectives.

Regardless of advancements made in other GDP activities, poor infrastructure acts as a “brick wall” standing in the way of rapid and impactful progress.

In addition, poor infrastructure has a negative impact on the quality of life for citizens.

The African Development Bank (AfDB) estimates that over US$100 billion investment p.a. for at least 10 consecutive years is required to address the current infrastructure deficits on the continent.

A study done by the World Bank shows that poor infrastructure results in a 2% annual reduction of national economic growth, and decreases productivity by as much as 40%, contributing immensely to low productivity levels across the continent, despite Africa’s wealth of natural and mineral resources.

This leads to an interesting and vexing question – why are African governments, along with their development partners, seemingly unable to address these hurdles urgently and sufficiently?

The reality is that many African economies are under enormous strain with often very limited resources and capabilities to effectively solve the various infrastructure deficits in their respective countries.

An obvious solution, therefore, is to partner with private sector parties who have the skills, technology, resources and management capacity to invest and logically “manage away” these troublesome infrastructure deficits.

Ideally, these private sector partners should be aligned to existing government objectives and visions when it comes to transformation through infrastructure development.

How do governments attract more private sector investment into infrastructure?

Firstly, we must continue to build on the progress that has already been made.

Despite private participation in infrastructure in Africa being both new and complicated, major successes have been recorded across the continent in sectors such as ICT, transportation (roads, seaports, airports), energy and mining.  We need to celebrate and build on them.

Governments have initiated often difficult political reforms such as market tariffs and concessions; whilst MDBs/DFIs have provided policy support, Advisory Services (often unpaid for) innovative risk mitigation instruments, and much needed Project Development (PD) funding.  However, the afore-mentioned infrastructure deficits tell us there is still a long way to go.

Secondly, the MDBs, DFIs, etc. must do more.  They have been established with a mandate and special status to promote development in member countries and therefore must scale up their interventions significantly.

They must take more calculated risks and provide much more of the promised “blended capital” to make more marginal projects meet appropriate private capital returns, given the benefits of increased management skills and technology that private sector participants bring.

Thirdly, African governments must do more.  Many have put in place politically difficult reforms and (with some justification), feel like they have been misled as the promised influx of investment has simply not followed.  The harsh truth, unfortunately, is that half of the reforms do not yield half of the results.

Continued consistency and clarity of their stance to the private sector remains critical.  Also, many African countries have excellent policies in their books (aided by MDBs such as the World Bank), but often the challenge is capacity and political will to enforce.

A major reason for continued breakdowns between the private sector and governments in the delivery of infrastructure is a lack of trust or misunderstandings between the parties.

Governments often feel wary due to perceptions of “sophisticated” private investors with their intimidatingly vast sector experience and polished lawyers ready to “bamboozle” and take advantage of the relatively inexperienced civil servants.

The private sector financiers are themselves wary of governments’ true long-term commitment to their project, and their sovereign ability to change the rules in ways that would make their long-term investment suddenly worthless.

All too often, the results have been stale-mates and projects not closing.

This is where a well-structured sovereign investment vehicle, with an ability to write its own cheque, can play a hugely significant role.

The Ghana Infrastructure Investment Fund (GIIF), is such a vehicle.  Established by the Government of Ghana (“GoG”) with US$325 million anchor equity, GIIF has an almost unique corporate governance structure for a government-owned vehicle in that the day-to-day management, including investment decisions, are delegated to a wholly private sector Board with a CEO and staff made up of technical specialists.

This means that investment decisions can be driven by commercial and risk considerations, which gives significant comfort to private sector investors who are encouraged to co-finance alongside, or through, GIIF.

Necessary government oversight is exercised through an Advisory Committee, chaired by the Minister of Finance with the Governor of the Central Bank and the DG of the National Planning Commission as members, along with two private sector members.

They meet twice a year to provide strategic direction and ensure alignment with overall GoG priorities, but do not get involved in individual investment decision-making.

Working with GIIF, therefore, gives the private sector the best of both worlds.  It has a partner who sees the investment world very similarly to them (risk mitigation, returns and sustainability), but who also has access to the highest levels of government – which is critical for unblocking impediments in executing infrastructure projects.

Meanwhile, the government has its own investment vehicle with strong technical skills, a development mandate and the long-term interests of the country at its core when handling negotiations with the private sector.  A win-win outcome becomes much more likely.

GIIF’s initial results have impressively borne this out.  In the last three and a half years GIIF has invested US$275m in a portfolio of 12 infrastructure projects in 6 different sectors across Ghana.

More importantly, for every US$1 GIIF has put in of its own funds, it has managed to bring in US$10 of other people’s money.  Which means a projected total of US$2.7billion investments into Ghanaian infrastructure projects.  This is already a sizeable return on the initial capital deployed by the GoG in GIIF.

Collaborative projects to date undertaken by GIIF include: The development of a new terminal at Kotoka International Airport, Takoradi Port expansion (new container terminal and improved process handling), Western Corridor Fibre project (creating an ultra-modern communication network infrastructure) and a Power plant (that will convert flared gas into electricity) – among others.

In addition, GIIF has a very strong pipeline of new projects which include transportation, renewable energy, increasing domestic usage of Ghana’s gas supplies such as for clean cooking facilities in the rural areas, Sustainable Affordable Housing, and student University Accommodation.

The way forward for Africa

While the above is an example of just one collaborative initiative in one African country (Ghana), it could serve as a blueprint for other countries on how to attract investment.

The project is a bold move by the Ghanaian government to put its money where its mouth is and prove its commitment to infrastructure financing in a way that attracts other private sources of capital by sharing, and therefore mitigating, risks.

If it succeeds in achieving its mandated objectives, it paves the way for other governments to replicate this model within their own country’s infrastructure needs.

The most exciting part for me is that positive results lead to a domino effect – private sector investment that drives competitive returns, economic growth and significant impact will attract more private and foreign investment, powering even more GDP growth, innovation and societal advancement.

This in turn will bring African countries closer to achieving the various Sustainable Development Goals (SDGs), resulting in an improved quality of life for the inhabitants of the continent, as well as the world at large.

And in my book, economic growth and improved quality of life are the true measures of success for any government on behalf of its people.

Solomon Asamoah is the CEO of the Ghana Infrastructure Investment Fund and has previously held senior positions with the IFC, AfDB, African Finance Corporation (AFC) and Development Bank of Southern Africa (DBSA).