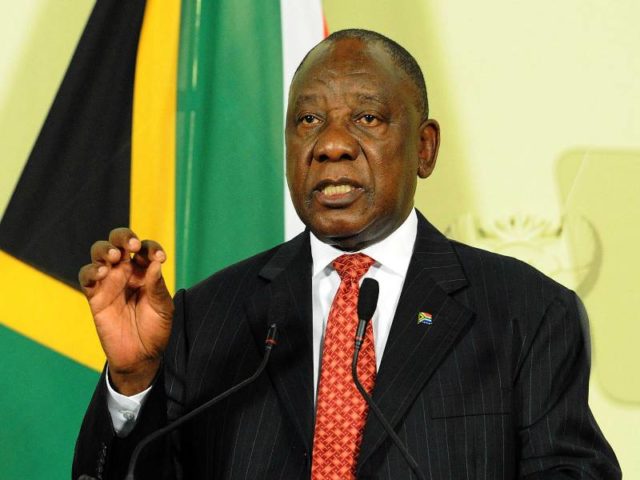 In his address at Mining Indaba, President Ramaphosa challenged the mining industry to take steps to implement what he called “10 value-adding principles”.

In his response, president of the Minerals Council South Africa Mxolisi Mgojo, said, “I believe that our industry would be at fault if it did not respond to the President’s challenge.

“We must not only respond to him, but also continue to engage with President Ramaphosa, with government and with other stakeholders on how we can best contribute to this great country of ours by “making mining matter.”

Challenge 2: to partner with local governments

Regarding this challenge from President Ramaphosa, Mxolisi spoke of the frustration of engaging with municipalities to fulfil social and labour plan obligations.

He said, “So many of the local governments in mining areas do not have any engineering capability, nor the ability to properly manage projects. The results are clear, with over R50 billion in unspent funds going back from municipalities to Treasury in 2017.

Mxolisi said that what is required is “a much better partnership between the mining sector and local government to ensure each meets their responsibilities – but work together for the greater good. And the mining sector is prepared to play its part. “

“An example, we believe, of our industry’s resolve to do just that is our response to the Eskom crisis, and the significant resources we have placed at Eskom’s disposal in the work of the current task team.”

Challenge 3: to invest in the living conditions of workers by building decent houses

The worst manifestation of the migrant labour system as outlined by Ramaphosa – hostel living – was eliminated by 2014. Employees living in mine accommodation are now accommodated in single quarters or family accommodation.

However, housing conditions in many mining regions remain inadequate.

Mxolisi explained, “Since the end of the migrant labour system, more than a quarter of a century ago, many mining towns became centres of mass urbanisation as people searched for scarce economic opportunities. Neither the local authorities nor the mines themselves were fully equipped to deal with that.

“Further, there were expectations of a bull market-backed mining company growth, which may have been able to play a greater part in housing development. This was brought to a grinding halt, and reversed, with the international financial crisis from 2008.

“There has been a lack of co-ordination between mine housing development plans and the related measures required of local authorities. We do not believe the DMRE’s recently published living and housing standard will resolve issues, and attempts to abrogate the developmental, infrastructure and service obligations of local government and impose them on the mining sector. This will not work.

“Some of our member companies have been thinking innovatively around this, with a clear view to ensuring the land that we have under our control is used well and with care during the life of our mines and after mining ends; and that land that we do not use is put to good use, preferably through incorporation into local municipalities.”