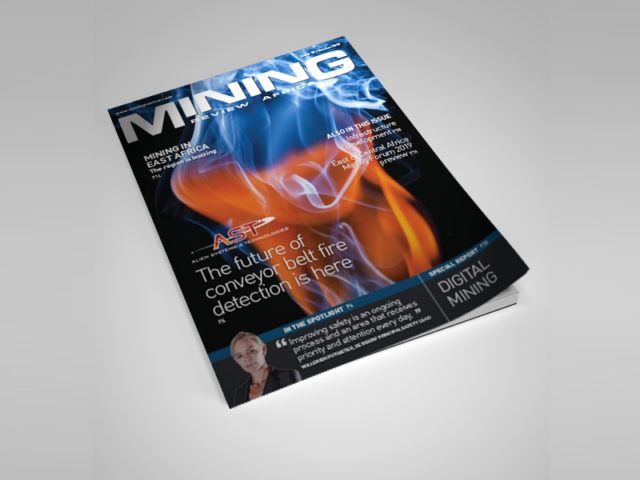 Governments in Africa THEY KNOW WHAT THEY WANT

This year’s Africa Downunder conference in Perth, Australia, as always left me feeling enlightened about the current status of our continent’s mining sector.

Not only does it offer an extensive variety of company and project updates, delivered first-hand by CEOs and MDs, it also offers delegates the opportunity to hear from multiple mining ministries about what they are offering to encourage investment in their respective countries.

Because Mining Review Africa is based in South Africa, I was naturally drawn to take heed of minister Gwede Mantashe’s keynote address and ‘Hazenile’ – the mineral of the future – was his choice of topic. A critical component for battery storage, it can be found in the Congo or Cango caves – I’m actually not sure which he meant.

Nonetheless, it’s irrelevant as the industry has been laughing ever since. It would seem our minister fell prey to an April Fool’s joke about said mineral, delivered by our sister title Smart Energy International.

No one, however, stopped to consider this may have been the result of Mantashe’s health, which has taken a serious setback; I’m not sure from what but you need only see him to know he’s going through a difficult time which is far from over. So a high five to our esteemed minister for still wanting to represent South African to an Australian delegation of potential investors.

If you’re interested in developing or advancing your mining project in the rest of Africa, then the time to develop close working relationships with governments has never been more important. Generally speaking, the ministries are incredibly eager to develop their mining sectors but want to see more benefits for their people and their country. They are definitely becoming more informed on how to go about this. So striking a deal that works for everyone would be on my top five priority list if I wanted to do business on the continent. That message was a clear takeaway from the conference this year.

While I would always like to end my editor’s comment on a high note, I unfortunately cannot on this occasion. Sadly, South Africa’s deputy mineral resources and energy minister Bavilile Hlongwa died tragically last month in what can only be described as a freak car-related accident. Condolences to her family and friends. Not only did she bring the female gene to our industry, but youth and passion as well. At the time of going to print, a replacement had not been appointed. I hope that will change soon.

It also saddens me that Mantashe has chosen to challenge, in court, a previous ruling regarding black economic empowerment deals, or what has been referred to as ‘once empowered, always empowered’. This was a fair hand for our sector, who in most cases is not to blame if a BEE partner chooses to exit but it would seem our minister doesn’t agree. I thought he was progressive and fair in this regard, but perhaps not. Or perhaps there is more to this matter than meets the eye.

We will of course track this story as it develops, so be sure to visit miningreview.com daily.