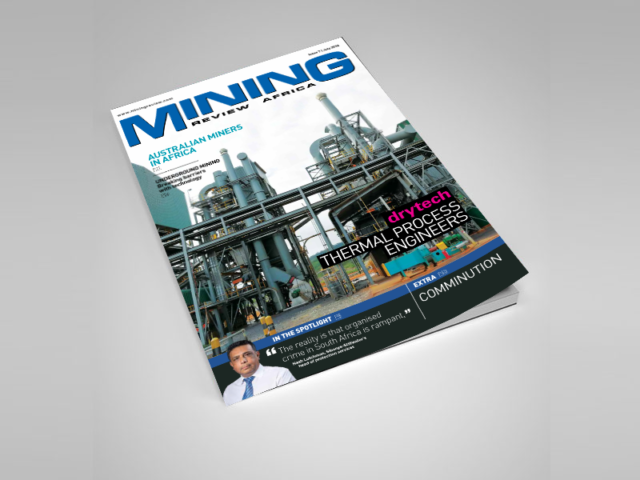 A heavy load to bear

Wow – the last few weeks have been crazy – for Sibanye-Stillwater.

The world has gone into a complete frenzy over the number of fatalities that have occurred at the company’s gold shafts since February this year – 21 to be exact, which also equates to nearly half the total amount of recorded mining-related fatalities in South Africa in 2018.

As if dealing with the outcry from everyone has not been enough, a US-based law firm has filed a class action law suit against the company and specific directors on behalf of shareholders, in an attempt to recover financial losses as the company’s share price has fallen following the deaths. Can the situation get any worse? Potentially yes – other law firms in the States have indicated their intention to follow suit with legal action against the firm.

In my capacity as editor, it is not my job to take sides but perhaps to present the situation objectively, with all the facts in hand. Although I will say that I admire CEO Neal Froneman – he has brought life back to a number of dying gold shafts and guaranteed employment for thousands of workers – 64 000 to be exact.

Isn’t it sad that publicity is driven around negativity and not in response to acknowledging or rewarding admirable work?

Anyway, Sibanye-Stillwater cannot escape the facts – and it has to account for 21 deaths. While Froneman has indicated that the company prioritises safety in every way possible, the company cannot predict seismic events and cannot control miners who do not follow safety procedures.

Nonetheless, it has taken the situation seriously and its response is admirable. In a recent briefing to shareholders and the media, Froneman stated: “I am appalled by the loss of our employees’ lives but we are taking active steps to prevent similar accidents from happening again. This situation is unparalleled in Sibanye-Stillwater’s history and my entire 40-year career. I am saddened and traumatised.”

So what has gone wrong? Prior to 2018 the company’s operations were delivering industry-leading safety rates in hard rock mining. It achieved 3.4 million fatality free shifts in 2017. Some are questioning Sibanye-Stillwater’s modus operandi and decision to mine in higher risk areas to elevate production. Froneman denies this. But one must still ask – why is it happening to this company and not to others operating under the same challenging conditions?

For now, what matters is what is happening on the ground to address the crisis. The company has already conducted two health and safety summits – where all stakeholders and unions have pledged to work together to ensure a safer working environment for all. It has also devised a 12-point plan to look at all safety elements within the business to evolve and improve where necessary.

I hope these actions will prove fruitful for the company – and the industry at large. Froneman remains committed to zero harm and believes it is possible! And I’m supporting him 100%. I hope we don’t see another fatality in the industry this year – from Sibanye-Stillwater or any other mining company in South Africa.