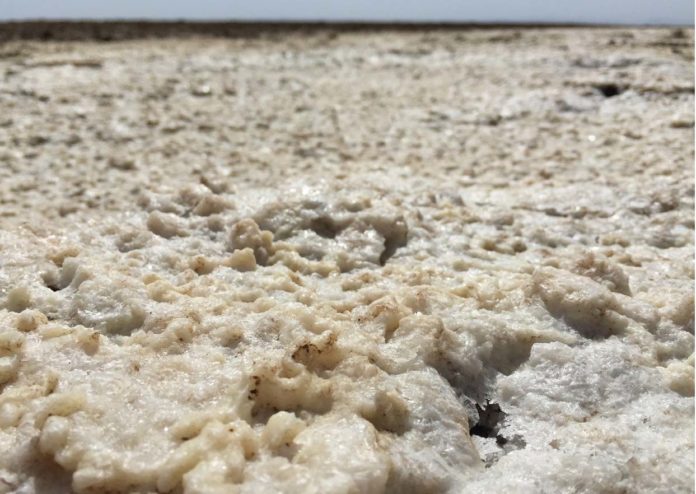 ASX-listed potash developer Danakali is in a truly unique position to unlock guaranteed future exponential growth at its Colluli potash project, currently under development in Eritrea. This will enable it to become one of only a handful of potash producers generating a range of premium potash fertilisers, including sought after high quality sulphate of potash (SOP), when it achieves first production at the end of 2018, MD and CEO Paul Donaldson tells Chantelle Kotze.

Danakali’s Colluli potash project is located within an emerging potash province with one of the largest unexploited potash basins globally – and home to over 6 Bt of potassium bearing salts.

The demand for potash, as a key input in fertiliser, is expected to increase substantially in the future, primarily driven by population growth. This directly translates into increased demand for food, which in turn underpins potash’s strong further growth fundamentals as populations continue to grow, arable land continues to decrease and as dietary preferences change, notes Donaldson.

Located in the Danakil region of Eritrea in East Africa, the relative location of the Colluli resource to the key future potash markets of Africa, India and South East Asia is ideal to support the United Nation’s estimated 95% population growth over the next three decades within these regions. On a global scale, the United Nations estimates that the population is expected to grow by 30% by 2050 to 10 billion people, exponentially increasing the demand for food security.

The project is wholly-owned by Colluli Mining Share Company (CMSC), which is a 50/50 joint venture between Danakali Limited and the Eritrean National Mining Company (ENAMCO).

Since drilling commenced at Colluli in early 2010, over 1 Bt of potassium bearing salts suitable for the production of potash have been identifi ed. The JORC-2012 compliant mineral resource estimate for Colluli stands at 1.29 Bt grading at 11% potassium oxide (K2O) for 260 Mt of contained SOP.

He explains that the sylvite and carnallite both produce potassium chloride, which is then combined with kainite to form high purity SOP.

Danakali’s primary potash product, SOP, is a highly valued, chloride free, premium potash fertiliser that has limited primary production facilities globally and contains both potassium and sulphur, which are essential crop nutrients. SOP is ideally suited to arid operating environments where water efficiency is at the forefront of the agricultural sector.

In addition to the potassium bearing salts, Colluli contains appreciable amounts of rock salt, magnesium sulphate, magnesium chloride and gypsum, all of which have established global markets. The proposed project will consist of an open pit potash mine located within the Danakil Depression, in the Afar region of Eritrea, and ore processing facilities and evaporation ponds located at the mine site.

The site will also be host to an accommodation camp and administration facility. The project will also consist of an upgraded 50 km product haulage road connecting the mine site to the main road to the Port of Massawa and an 85 km desalinated water pipeline from the coast to the mine site.

Following the positive outcomes of a prefeasibility study (PFS) for the production of sulphate of potash (SOP) in February 2015, a definitive feasibility study (DFS) was completed in November 2015, incorporating the first 60 years of production from the more than 200 year mine life. The DFS evaluated a two-phase, 425 000 tpa SOP module development project. This modular approach mitigates risk while enhancing fundability and economic return, Donaldson highlights.

The commissioning of Phase I is targeted for the fourth quarter of 2018, while Phase II is planned for commissioning five years after the first, commencing production in year six and increasing total SOP production to 850 000 tpa. Key outcomes of the DFS include a reduction in Phase I development capital by over 30% to US$298 million relative to the PFS, resulting in a market leading capital intensity of $702/t SOP and an accelerated payback period of three and a half years. The DFS also confirmed an industry-leading project post tax net present value of $860 million and an internal rate of return of 29%.

Moreover, Phase II development capital has decreased by 38% to $175 million with the majority expected to be funded by operating cash flows from Phase I.

“We are on track with our initial development focus, which is on producing premium SOP product during the fi rst phase of the project, while maximising shareholder returns,” says Donaldson. The fi rst step of the mining approvals process for Colluli began in February, with formal submission of the DFS documents to the Eritrean Ministry of Energy and Mines to undergo an independent third party review and to confi rm the robustness of the project.

“Post DFS stakeholder engagements with regard to potential community impact, skills development, employment and local supply chain development have also been completed in local communities, while our social and environmental impact assessments and management plans are being fi nalised for submission in April,” he says.

Donaldson reports that along with initiating of the mining licence application, Danakali will pursue a select number of key optimisation activities to further enhance project economics, the construction timeline and/or reduce the potential risks of the project.

While continuing to focus on the mining licence application process, Danakali is also holding on-going discussions with potential off -takers and strategic partners and fi nanciers to help fund the Phase I development capital requirement ahead of construction, which is expected to begin in 2017 and take 22 months to complete.

Following commercial funding negotiations with respect to the construction and development of Colluli, Danakali announced in March that it had received commitments from professional and sophisticated investors to raise up to A$5.5 million through the issue of up to 25 million shares at A$0.22 each.

Funds raised from the placement will be used for the commencement of front end engineering design (FEED) work; initiating the mine contract tendering process; completion of mining approvals process; securing off -take agreements and further strategic relationships; securing either debt or equity project funding; as well as for transaction costs and working capital. Danakali has also begun work on validating and evaluating market demand for its second generation of potash products, including MOP and SOP-M, says Donaldson.

The unique characteristic of the Colluli resource is a key positive differentiator to its development when compared with other potash projects globally.

With mineralisation commencing at just 16 m below surface, extending to 140 m below surface, the Colluli resource is the shallowest known evaporite deposit globally, and is amenable to open cut mining, Donaldson explains. Extraction of the salts in solid form, using open cut mining methods, is a safer mining method than underground mining, and gives higher overall resource recovery at a lower capital cost.

Moreover, having the salts in solid form enables the immediate generation of final product, hence revenue, relative to solution mining or brine operations which negate the substantial lead times associated with the generation of harvest salts for subsequent processing. In contrast to salts in solid form, brine operations have a substantial lead time between the time of the capital investment and the time to generate product and revenue.

Surface mining allows controlled extraction, stockpiling and processing of the different salts and avoids the brine chemistry complexities of solution mining, explains Donaldson. Additionally, the resource is in close proximity to the Red Sea coast, only 75 km away, giving the project access to the global export market via one of the busiest trade routes in the world. It is also only 180 km away from the Port of Massawa – connected via an established coastal road. MRA