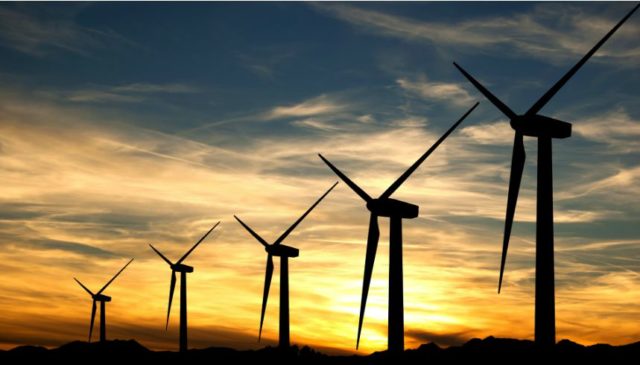 The mining industry has always played a major role in the world’s economy. With the global economic downturn, however, mining companies are under increasing pressure to minimise costs and decrease inefficiencies. Community awareness and socio-economic issues have also resulted in obligations being placed on mines in terms of rehabilitation of land and socio-economic upliftment of local communities, writes Webber Wentzel’s Tshegofatso Masilo (candidate attorney), Beatrix Spargo (associate) and Gary Rapson (partner).

It is well known that mine closures often leave a negative impact on the environment as land and water pollution can remain well after mine rehabilitation. As a result, certain jurisdictions have implemented compulsory financial provision obligations, requiring that mining companies put up an estimate amount which is to be used to rehabilitate the mining area post-closure, as well as provide for any other monitoring obligations. For example, South African environmental legislation requires the pumping and treatment of extraneous water into the foreseeable future. Such obligations present a large liability on the balance-sheet of a mining company.

In the face of these increased pressures, mining companies are starting to implement innovative and strategic solutions which integrate land rehabilitation and socio-economic upliftment, in combination with self-generation of electricity to alleviate cost pressures, in the form of captive power plants.

For example, in South Africa, the first 1 MW photovoltaic diesel hybrid electric plant was constructed by Cronimet Mining Power Solutions in the Limpopo Province in November 2012. The captive power plant supplies 60% of the required power at their chromium ore operations and is expected to be used well during the closure phase of the operations. There has been a steady increase in the number of such projects in recent years.

There has also been a small but growing number of renewable energy projects in operation at previously disturbed mining sites. These include both utility-scale projects to generate electricity for the grid and smaller scale direct-use applications of solar energy technologies to produce power for remediation and rehabilitation activities at contaminated sites.

Whilst the use of captive power provides an exciting cost-saving opportunity, captive power plants also provide a suitable mine closure objective to be achieved as part of its closure plan. As mineral resources are depleted, most mines are typically abandoned and left unattended, resulting in serious social problems that impede sustainable development of these areas.

Land which was previously used for mining may be profitably used for captive power plants as such land is typically in close proximity to electricity infrastructure such as substations and transmission lines, as well as road and transport infrastructure (which, in turn also lowers the costs of such captive power plant). In this way, land which has previously been disturbed or degraded may be used for profit generating purposes.

An example of such a project is the Leipziger land solar plant built at a former German lignite mine. It is situated on 49 acres (19.8 ha) of land that was a former lignite mine ash deposit in Espenhain, Germany. The 5 MW photovoltaic power plant is made up of 33 500 solar modules that generate electricity that is fed directly into the German electricity grid.

Large-scale wind energy projects are increasingly being deployed on former sites in the United States and Europe. Project examples from the US include the Casselman wind power project in Pennsylvania, with a capacity of 34.5 MW. Another is the Glenrock wind project which has an installed capacity of 99 MW and is located at the retired and reclaimed coal operations of a mine in Wyoming. In Virginia a wind farm has been planned for, comprising of 166 turbines sited on over 4 000 ha of land disturbed by coal and hardrock mining activities.

Captive power plants also aid in community upliftment. In addition to generating electricity which may be sold back into the grid in electricity scarce areas, such projects also generate employment and certain portions of profit may be placed into a community fund.

At the Hazlehead wind farm site in West Yorkshire, England, wind power is now being generated on the site of a former clay quarry spoil tip and landfill site, with three turbines and a proposed installed capacity of 6 MW. A community benefits fund will run alongside the wind farm when it is fully operational, providing support for local community groups, environmental and voluntary projects to help ensure a long-term positive impact on the area.

By seeking the integrated benefits of captive power, mining companies can achieve the mitigation of clean-up costs, generate re-use of infrastructure to reduce decommissioning costs, enable the re-employment of a skilled mining workforce and/or new local employment, and establish a clean and usually quiet after-use for a mine site that can create a potential source of carbon credits with tradable value.

Although captive power plants seem to be a silver bullet for mines, some challenges are still present. Financing distributed renewable energy projects continues to prove challenging due to the small size of the projects, and risky nature of the investment given the risk profile of investing in many of the regions where off-grid mines operate. Even with the costs of diesel operators, the capital costs involved in setting up renewable projects mean renewable energy is still likely to be more expensive in the short term than diesel generation.

In light of the challenges stated above, there are still opportunities that the use of captive power plant provides. There are signs that local stakeholders in the industry are looking into addressing the negative legacy of mining in South Africa by using greener technologies. For example, Promethium Carbon, in collaboration with Harmony Gold and the British High Commission in Pretoria, have developed a toolkit focussed on combining renewable energy generation and rehabilitation of mining-impacted land in order to uplift local communities. Although the toolkit was developed as an outcome of a small scale community based renewable energy project, this work represents a crucial step towards exploiting renewable energy for the creation of a positive legacy for the mining industry.

In the case of South Africa, the law requires the holder of a right or permit to determine and make financial provision to guarantee the availability of sufficient funds to undertake rehabilitation and remediation of the negative environmental impacts of prospecting, exploration, mining or production operations. The right or permit holder has to determine the financial provision through a detailed itemisation of all activities and costs of implementation of the measures required for final rehabilitation and closure of the prospecting, exploration, mining or production operations at the end of the life operations as reflected in a final rehabilitation and closure plan. This can be cheaper for the mine as they could state in their closure plan that the land will be used for building a plant rather than a full rehabilitation of the land. The building of a captive power plant on the land will then be cheaper than fully rehabilitating the land.

It is evident from the above that the use of captive power on mines has many great advantages in that not only does it reduce the costs for mine closure but it also benefits the community as jobs are created from the construction of the plant and also power can be used to provide electricity to the community. Captive power plants can provide multiple beneficial impacts that can restore and return degraded and underutilised land to productive use.