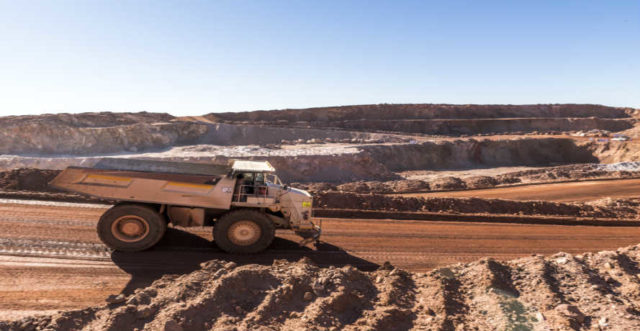 Zinc International’s priority for 2017 will be to accelerate Phase 1 whilst mulling the feasibility of Phase 2 of the Gamsberg zinc project near the town of Aggeneys.

After two years at the helm of Zinc International – the component of LSE-listed diversified miner Vedanta Resources that looks aft er the African and Irish zinc assets – CEO Deshnee Naidoo has achieved substantial development progress to date at the Gamsberg zinc project, all the while managing to reduce the project’s initial capital estimation by a considerable amount. Chantelle Kotze writes.

Naidoo attributes most of the success achieved at the Gamsberg zinc project thus far to the company’s flexible development approach – a phased and modular approach, which allows adjustment of the pace of development in line with market conditions and affordability.

This approach, coupled with the company’s focus on sustainable cost reduction at Gamsberg, is what has allowed Zinc International to shave $200 million off the original Phase 1 development capital expenditure (capex) of Gamsberg, reducing it to $400 million.

“With this approach we’ve managed to accelerate the project so that the development timelines are actually no worse off than the timeline we originally committed to in November 2014 – producing first concentrate in mid-2018, reaching steady state production by the 2019 financial year end – despite delays resulting from a weakening of base metals prices in 2016 and the resultant limited access to funding,” says Naidoo.

Vedanta Resources’ vision is to create an integrated zinc business in southern Africa, and it has approved the necessary capital investment over the next three years to do so.

Naidoo explains that $400 million will be directed toward building the open pit mine, a concentrator plant and associated infrastructure at Gamsberg – which is said to be one of the world’s largest undeveloped zinc deposits.

While plans have been approved for a push-back of the open pit at Zinc International’s Skorpion operation in southern Namibia, meaning that Skorpion’s on-site processing and refining capacity will be needed by Skorpion itself for the foreseeable future, a reengineering of the Scorpion refinery is on the cards. This will enable it to refine high manganese content sulphide concentrates from Gamsberg. A 150 000 tpa integrated roaster with acid plant and calcine leach section will be needed.

Phase 1 of Gamsberg will comprise a 4 Mtpa ROM mine and a concentrator which will produce 250 000 tpa of zinc metal in concentrate from mid-2018 over an expected life of mine of approximately 13 years.

This phase of the project will help to partially replace the loss of production from the Lisheen operation in Ireland, which ceased operations in November 2015 and was operated by Zinc International when it was acquired in 2010.

Since the announcement of the Gamsberg project in November 2014, the first critical milestone – the groundbreaking – was achieved on 27 July 2015.

This was followed by pre-start mining activities which entailed the V-cut development work as well as the establishment of the north access ramp to access the ore body and to ultimately enable the start of bulk mining. The initial pre-stripping work, which entails stripping 70 Mt of overburden waste, is expected to take 24 months. As of December 2016, about 12.5 Mt of overburden had been drilled, blasted and hauled, says Naidoo.

In addition to working on the pre-start mining activities at Gamsberg, Zinc International in October 2016 appointed engineering solutions provider ELB Engineering Services as the engineering, procurement and construction (EPC) contractor to provide construction services for the process, power and water plants at the project for a period of 18 months.

The company has also opted for less-capital-intensive contract mining rather than the originally planned owner mining model and has therefore appointed surface mining contractor Aveng Moolmans, a subsidiary of Aveng Mining, as the bulk mining contractor for Gamsberg in December 2016.

Aveng Moolmans’ scope of work includes the establishment of a fleet of mining equipment, workshops, offices, stores and related facilities on site, the formation of access ramps, mining of waste material and ore, and hauling to dumps and stockpiles.

As a result of the basic engineering work undertaken by ELB Engineering, a lot of which was undertaken at risk, all of the detailed engineering work for the concentrator plant has been completed and the orders for the long lead items, such as the mill, have already been placed. ELB Engineering and Aveng Moolmans are expected to begin work on site in May – this will take the number of employees on site from 300 to about 1 500 employees at the peak of construction and bulk mining.

The next major phase in establishing Gamsberg

With Phase 1 well underway, Zinc International is actively working towards the feasibility study of Phase 2 of the project, which the company is planning to help fund from revenue generated during the Gamsberg project’s first phase.

Naidoo reiterates that the phased approached to the development of the project not only helps to make the project more palatable from a financing or capital point of view, it also de-risks this project “in a much better way because we are able to adopt the learnings and hindsight from Phase 1 to build a bigger pit – the mega 10 Mtpa ROM, 450 000 tpa of metal in concentrate.”

Phase 2 will entail making the pit bigger – capable of producing 10 Mtpa of ROM ore and 450 000 tpa of metal in concentrate – the same size as the mega operation that former owner Anglo American initially envisioned from the outset.

Phase 2 could also include the establishment of a new zinc refinery on site at a rough estimate of between $500 and $600 million. “The reason for this boils down to logistics,” says Naidoo, who explains that the production of 450 000 tpa of metal in concentrate (grading at 50% zinc)ultimately requires the transport of double that (1 Mozpa of concentrate) to export markets and/or the modified Skorpion Zinc refinery to remove the higher manganese fraction from the metal in concentrate.

“So while absolutely possible, the development of Phase 2 will be dictated by whether Zinc International will build a refinery on site or ship some of the concentrate for further beneficiation,” Naidoo notes.

In light of South Africa’s beneficiation strategy and the country’s current surplus power, Naidoo is optimistic that the establishment of a refinery is something worth exploring and thus has undertaken a feasibility study into this.

In addition to the Gamsberg operation, the area is also host to the company’s Black Mountain underground base metal mine, which Zinc International acquired in 2011. Located only 30 km from Gamsberg, Black Mountain hosts some of the richest copper, lead and zinc concentrations and produces about 82 000 tpa of zinc metal in concentrate, as well as copper and lead, and has the potential to continue operating for another 20 years.

An exciting opportunity lies in combining Gamsberg and Black Mountain into a significant zinc producing complex, moving forward. “From a growth point of view we are developing and prioritising this,” says Naidoo, who notes that the complex would ultimately comprise an open pit mine, two plants, two shafts, and a signifi cant supporting community and workforce.