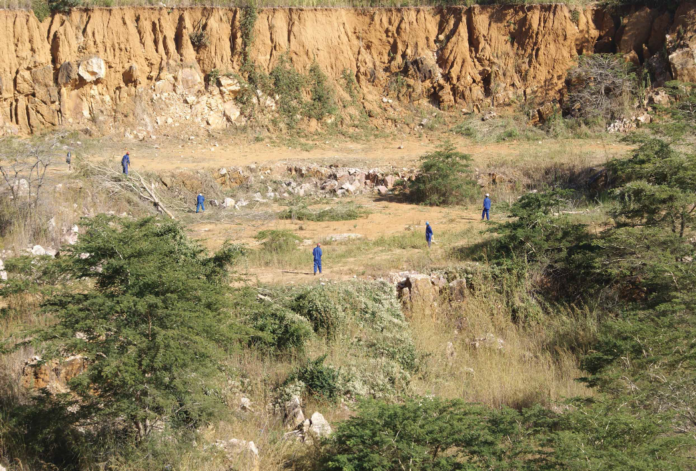 AIM-listed African gold explorer Alecto Minerals will deliver on its promise to produce gold in the mid-term future following its recent acquisition of two historic gold mines in Zambia which could see the company produce first gold in 2017 and generate cash flow thereafter. “Th is strategy will ensure we continue to build and develop our significant exploration portfolio in West Africa,” CEO Mark Jones tells Laura Cornish.

While Alecto Minerals (Alecto) may best be recognised for its portfolio of exploration assets in Burkina Faso and Mali, its growing need to move into production quickly has seen it re-route its immediate and priority focus intensively towards its newly acquired Zambia-based assets.

“Our West Africa portfolio comprises attractive gold assets and we have been growing their ounce profiles consistently over the years, but in the current economic environment, cost efficient producers are in favour,” says Jones.

Unable to find anything suitable in familiar West African territory, Alecto’s search moved south. “Within an 18 month timeframe we came close to concluding a deal in Mozambique,” Jones reveals. “And while we ultimately chose not to pursue the project, our approach and thought tactics saw ‘people start knocking on our door’ which led us to Zambia.”

In late November 2015, Alecto announced the acquisition of Luiri – the owner of the historic Matala and Dunrobin gold mines in Zambia situated about 110 km west of Lusaka – for an aggregate consideration of £1.54 million, which was satisfied through the issue of 943 750 000 new ordinary shares, £100 000 in cash and £307 500 in deferred consideration.

The two projects were an attractive acquisition for multiple reasons but primarily because they have a 25 year renewable mining licence (across a 32 km² area) – granted by the Ministry of Mines in Zambia in 2003 and reinstated in December 2014 – as well as associated environmental permits. “Naturally, Zambia’s good regional infrastructure with available site access, power and water made it an obvious and easy choice as well.”

The economics also have appeal, Jones continues. The two mines have a combined 760 000 oz JORC-compliant resource estimate in the measured, indicated and inferred categories at an average grade of 2.3 g/t. Based on an updated internal scoping study by Alecto for the Matala deposit, the potential is high to generate strong cash flows at an assumed gold price of US$1 150 through an initial three year open pit operation at Matala (Phase 1): recovering higher grade, oxide material of around 2.7 g/t. The mine was originally an underground mine with a “steeply dipping ore body”. It contains an estimated 568 000 oz indicated and inferred resource.

Estimated C1 cash costs are anticipated to be below $800/oz and the project’s payback period only three years. With cash flow in hand, the Dunrobin mine (Phase 2) will be brought online.

The pathway to production

The necessary steps required to start producing gold from Matala are fairly simple, which in addition to securing finance entails adjusting the environmental permit which authorises the construction of a process plant at Dunrobin. “We only need to adjust this to accommodate opencast mining from Matala and trucking the material 8 km between the two sites.”

The focus is not delivering a large-scale operation but rather a highly profitable operation. In light of this, Alecto is aiming to produce about 29 000 oz pa from a 400 000 tpa ROM operation. “And we can construct a smaller operation if the economics favour this. We would still be happy with 20 000 oz of profitable gold.” Noting that financing option discussions are already well advanced, both Jones and Alecto’s operations director Dominic Doherty believe the mine could be producing gold early in 2017, making it the first legislatively compliant gold producing mine in Zambia – officially developed by a public listed company. Alecto has already entered into an agreement with newly established PenMin, a South Africa-based consultancy group managed by professionals with extensive knowledge of the assets and Africa in general, to assist in delivering the next stage for Matala in preparation for construction and mining start-up.

This includes ensuring that all the relevant permits and approvals are in place: updating and finalising the historic definitive feasibility study (DFS) prepared by Coffey Mining and a works programme to secure a plant supply and operation contract and a mining contractor. Engagement of a mining contractor, who will finance the cost of supplying and operating the mine fleet, will serve to reduce the initial capital required to commence mining.

“PenMin will also help secure vendor financing for the supply of the processing plant, a major capital expenditure requirement,” Jones notes. Subject to successfully completing its work streams, PenMin will then adopt a client representative project management role once production starts. This will include oversight of all project aspects excluding Alecto’s geology/resource management and mine planning, government interaction, environmental and social management, security management and financial controls responsibilities.

Jones believes that Alecto’s ‘small-start’ strategy coupled with a phased growth approach makes the company the right size and shape to acquire vendor financing from China. “We have visited with potential financiers in the country already together with PenMin who have well established relationships in-country. We now know what is needed to encourage and secure the necessary finance and are working to make the project bankable according to their requirements,” Jones reveals.

“China has a well experienced gold mining history and is also extremely knowledgeable about Africa and Zambia in particular,” Doherty continues. Alecto hopes to understand its finance possibilities with China by mid-year.

“If we get the right Chinese firm on board and the working capital financed through parties which we have already identified, we could be in production early next year.”

As indicated, the longer-term prospects for the region include returning Dunrobin to production and delivering a larger ounce profile in Zambia. Dunrobin’s geology is slightly more complicated but is amenable to open cast mining and a gold recovery process that might require a slightly higher gold price. Advanced satellite deposits within the mining licence could contribute to larger gold volumes as well. MRA