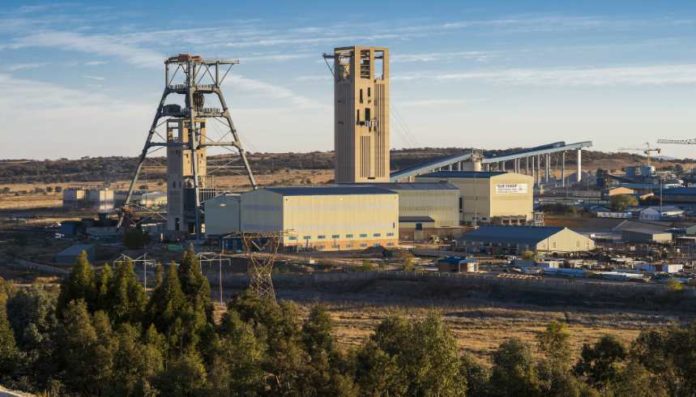 The South Deep mine in Westonaria, owned and operated since 2007 by dual-listed gold major Gold Fields, has been struggling to meet its production targets since Gold Fields took control. In light of this, the company took its long-term production targets off the table in 2015 and set in motion a plan to ‘fix its base’. Dubbed the South Deep rebase plan, Gold Fields aims to use this plan as a means to turn its only South African asset into profitability by reaching a sustainable steady-state production profile over the mine’s remaining 77 year life. CHANTELLE KOTZE visited the mine to find out more.

When Gold Fields CEO Nick Holland announced the decision at the beginning of 2015 to take a step back and fix the base at South Deep before determining the new long-term steady state production profile, no one expected that just two years after its implementation it would already start to yield operational results and help stand the operation in good stead for a more successful future.

Judging by South Deep’s several missed targets in the past, analysts in attendance at the South Deep site visit earlier this year were divided on the rebase plan – some viewing the new production targets with scepticism, with others regarding them as conservative given South Deep’s good performance in 2016.

Despite this, Holland was steadfast in his plan, and believed that the change in mining method would be the reason the new plan would succeed.

Much work had been done over the past two years in implementing the plan, including a thorough diagnostic during 2015, which resulted in 68 business improvement projects being identified to create a long-life, sustainable mechanised mine. 29 of these projects have already been completed. A further 27 will be completed this year and the remaining 12 in 2018.

The first priority of the rebase plan was to establish an experienced management team with extensive exposure to mechanised and deep level mining who could create achievable operational plans and targets, which South Deep achieved with the appointment of a new management team.

A further 168 critical skill positions requiring experienced and skilled staff were identifi ed at the start of 2015. Most of these positions were filled by the end of 2016 with only a limited number of specialist skill positions yet to be filled.

In addition to acquiring the necessary skills at senior and middle management level, the development of a mechanised mining skills base was highlighted as a specific and critical requirement for the future success of the mine. As such, a mechanised mining skills development programme focusing on supervisors, artisans and operators was implemented and sound progress has been recorded to date.

South Deep is also placing significant emphasis on its fleet and fleet maintenance by ensuring that it has a fully mechanised fleet of underground vehicles available at all times as well as the means to maintain it.

South Deep therefore instituted a number of key strategies to upgrade the condition of its mechanised equipment fleet and the effectiveness of its maintenance practices.

As part of the fleet renewal strategy, 58 category 1 units (which are the main production units at the mine) have been commissioned over the past two years. The total category 1 fleet currently stands at 111. There are also 91 category 2 units (which comprise all support vehicles) currently in service at the mine.

As part of its maintenance plan, South Deep commissioned an expansive and fully equipped underground workshop – spanning a total footprint of 200 m x 200 m – in late 2016.

Located on 93 level (about 2 600 m underground), the Mega Workshop provides the working conditions necessary for maintenance personnel to perform their tasks more effectively and comprises several departments tasked with various aspects of equipment upkeep, ranging from scheduled servicing to complete overhauling. It is complemented by an underground stockroom, which holds about R40-million worth of high-demand spares and service sundries to ensure optimal machine uptime and fleet availability.

The importance of mine design and mining method

As an ultra-deep bulk mine, geotechnical considerations and mine design are the most critical elements in the overall successful extraction of the ore body. To this end several improvements in the overall design and mining layouts have been implemented during the past two years.

The overall stiffness of the regional support design was improved by reducing the corridor span between regional pillars from 240 m to 180 m and by increasing the dimensions of crush pillars in the de-stress cuts from 10 m x 6 m to 8 m x 20 m.

South Deep has converted from a low profile (2.2 m) de-stress mining method to a high profile (5.5 m) layout over the past two years. This has eliminated an ineffi cient and cumbersome multi-step mining process, which included footwall or hangwall ripping to open excavations for longhole stoping equipment, and enabled mechanised roof bolt installation.

In a significant step for the mine, the low profile mining methods were completely phased out in mid-2016. Going forward, all de-stress development will employ the high-profile method.

A further aspect that aids in mitigating seismicity in the mine is the progress being made with regard to backfill operations, with the volume of backfill placed year-on year increasing by 10%, or 373 m3.

South Deep has increased its installed capacity to backfill at an accelerated pace and will be transitioning from classified tailings backfill to full plant tailings backfilling methods. The mine has also refined the way in which it barricades the voids to better cope with the large volumes of backfill used in mined-out areas.

2016 was a landmark year for South Deep with improvements recorded in almost every aspect of the mine. It was also the first time that the mine had actually achieved what it set out to do for the year.

Besides improvements in organisational capacity, mine design and planning, production output and mining quality, the goal was to get South Deep to cash breakeven by the end of 2016 – a goal that was achieved when it became cash positive for the first time ever – recording a net cash fl ow of R175 million, though this was in part aided by the weaker rand-US dollar exchange rate.

There was also a notable improvement in longhole stoping rig productivity during FY  2016, which increased by 28% year-on-year to 9 805 t/rig.

Steady-state production and beyond

To achieve this production ramp-up, South Deep aims to reduce output from the current mine area while proportionally increasing production from the North of Wrench (NoW) mining area, which is a lower extension to the current mining operations and contains reserves of 10.7 Moz.

Production from the current mine area and NoW is expected to be completely phased out by 2052.

The mining areas north of the Wrench fault line are set to sustain South Deep only until about 2030, when it plans to begin mining the two mining blocks south of the Wrench fault – the South of Wrench (SoW) West and SoW East – with SoW West expected to supply the bulk of output up to 2094, the current estimated life-of-mine.

As per the company’s step change in production following the implementation of the rebase plan, the company has set out to produce 290 000 oz in 2016, 315 000 oz in 2017 and gradually ramping consistently to reach steady-state production of approximately 500 000 ozpa from 2023 to 2031 at an all-in cost of about $900/oz. Thereafter production will decline gradually to approximately 480 000 ozpa due to a reduction in grade.

Lead. Who says this battery metal has gone flat?