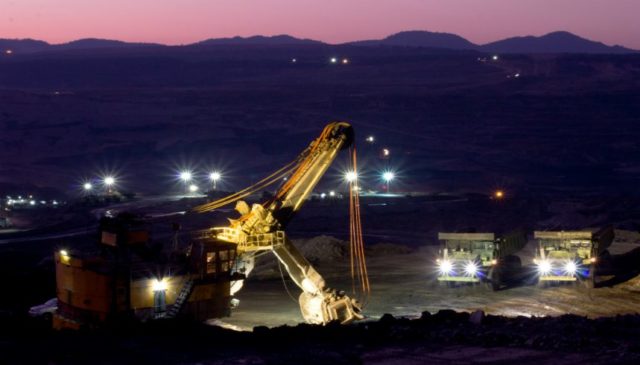 This year the world is seeing the increasing rollout of carbon pricing schemes from Chile to China, joining 40 already established carbon markets in markets like the EU, with others such as Canada and South Africa expected to follow suit in 2018. It represents a significant shift in global carbon and energy policy that poses both material risks, and opportunities, to mining companies worldwide. By Tarek Soliman, senior analyst, investor research at CDP.

As the mining industry’s single biggest consumer, the emissions trading scheme in China is likely to prove most disruptive for the sector. Its government plans to introduce the world’s largest carbon market within a year.

The new pricing schemes are symbolic of a speeding up of the transition to a low carbon economy. This is already creating opportunities, in the form of increasingly bullish demand forecasts for materials like copper and nickel generated by the prospect of a more aggressive deployment of low-emission technologies – and risks, as consumption shifts away from emissions-intensive commodities such as coal.

To assess climate risk for the mining sector a report this summer from CDP, a specialist provider of corporate climate data, analysed a US$294 billion group of twelve of the world’s largest mining companies. The subsequent report found that the introduction of even a low carbon price (of $7/t CO₂) could generate up to $16 billion of carbon costs in the industries on which the world’s mining giants rely.

The report offers a stark warning to the industry: that low-carbon transition is already underway, and the financial risks are immediate, not long-term.

The report’s assessment of mining companies is based on four key areas:
• Transition risks examines companies’ earnings exposure to various commodities and estimated the risks from increasingly stringent downstream carbon regulation and changing demand patterns.
• Physical risks maps company’s’ mining assets and their current and projected water stress risk, a key natural resource constraint of mining in many locations.
• Transition opportunities assesses companies’ progress and strategy in shifting towards a low-carbon economy by looking at how capital expenditure is allocated across commodities and to what extent companies invest in innovative solutions such as smart and renewable energy infrastructure.
• Climate governance and strategy analyses company’s’ governance frameworks for managing climate risk and assessed the extent companies’ support or oppose public policies to achieve a low-carbon transition.

The CDP report found some promising signs of progress. The mining industry is taking action to reduce operational emissions and its exposure to high emitting coal. Nine out of the 12 companies assessed have taken steps to reduce the emissions intensity of their operations since 2015. Around 45% of companies’ capital expenditure is now allocated to commodities which will benefit from the growth of low-carbon technologies. BHP Billiton for example, a company that ranked high in CDP’s assessment, was the first company to report to investors on the likely impact on its business from different climate change scenarios.

However, significant risks remain. 25% of company capital expenditure on average is still spent on fossil fuels, while $50 billion of revenues and over a fifth of production sites will likely be exposed to high levels of water stress risk by 2030. The India operations of bottom ranked Vedanta Resources, for example, is already significantly exposed to water stress. Additionally, the company recently completed a takeover of Cairn India’s oil and gas assets, further increasing its exposure to fossil fuel production.

Carbon costs in the value chain

The mining industry is particularly exposed to regulation to curb carbon emissions in its value chain, as its Scope 3 emissions (i.e. those from commodity-consuming industries – for example when coal is burned in a power plant) are estimated at between 10 and 30 times higher than operational emissions.

Across the 12 companies analysed in the report, this Scope 3 carbon footprint is equivalent to India’s entire annual carbon emissions. Additionally, the mining sector is heavily dependent on continuing demand for its supply of commodities. As such, it has the potential to be hit hard by China’s proposals for pricing carbon that may result in a rationalisation of commodity consumption. China’s scheme could be a catalyst for more widespread carbon pricing in commodity consuming countries, resulting in structural changes in the commodities markets and shifting demand for mining companies’ output.

Despite these risks, however, some mining companies still swim against the current. Even with global coal consumption falling for a second year in a row, Glencore recently placed a failed bid for Rio Tinto’s coal assets in Australia.

Striking gold in the carbon markets

While the risks are significant, leaders are also emerging within the mining industry. These companies are reducing their exposure to risks from carbon pricing and emissions regulation through use of innovative technologies such as smart and renewable energy infrastructure, and by shifting capital expenditure to more sustainable commodities.

Rio Tinto has been shedding its coal assets for a number of years, while South32 has committed to fully decarbonise its portfolio by 2050. De Beers recently confirmed it will develop a carbon storage project to offset mining emissions and deliver a carbon-neutral mine in as little as five years.

These developments are welcomed by both policy makers and investors. Businesses are collectively driving a $5.5 trillion global market in low carbon technologies and products3, and the companies on CDP’s ‘Climate A List’ have outperformed the market by 6% over four years – demonstrating that cutting carbon simply makes good business sense.

As climate regulation becomes more stringent and carbon prices ubiquitous, investors are increasingly demanding greater transparency on climate related risks from portfolio companies in the mining industry and elsewhere. Miners that fail to act on these threats risk being left behind while more adaptable competitors race ahead.

CDP is an international non-profit that drives companies and governments to reduce their greenhouse gas emissions, safeguard water resources and protect forests. Voted number one climate research provider by investors and working with institutional investors with assets of $100 trillion, it leverages investor and buyer power to motivate companies to disclose and manage their environmental impacts. Over 5 800 companies with some 60% of global market capitalisation disclosed environmental data through CDP in 2016. This is in addition to the over 500 cities and 100 states and regions who disclosed, making CDP’s platform one of the richest sources of information globally on how companies and governments are driving environmental change. CDP, formerly Carbon Disclosure Project, is a founding member of the We Mean Business Coalition. 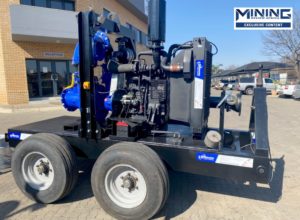