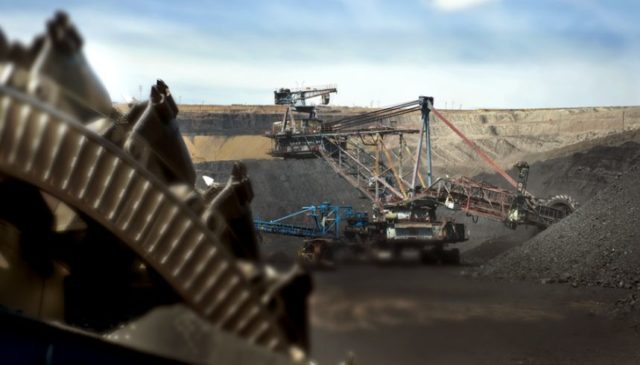 Independent mining consulting firm Mindset Mining Consultants, which has extensive experience and knowledge in the South African coal mining sector and is actively involved in servicing the local coal industry, has earned itself bragging rights by playing an integral role in the landmark reopening of the historic Usutu West mine, a colliery in Mpumalanga, South Africa. MD ALAN GISSING speaks to CHANTELLE KOTZE.

Mindset was contracted in November 2014 to provide management consulting services to South Africa-based coal mining company Vunene Mining, which is 74%-owned by international coal producer IchorCoal, to assist with the refurbishment of the Usutu colliery in the Ermelo coalfield of Mpumalanga – about 200 km south east of Johannesburg.

Usutu, which operated as an underground operation supplying state owned power utility Eskom’s nearby Camden power station, was placed on care and maintenance in 1990, when Camden, its sole client, was mothballed.

Camden was recommissioned under Eskom’s ‘return to service’ programme during the years 2006 to 2008 when a number of mothballed power stations were brought back to service, which meant that Usutu could once again reopen. An area identified as economical to be mined by opencast truck and shovel mining method was established by Vunene for their initial supply of coal to the Camden Power Station.

This move prompted Vunene Mining to begin the process of re-establishing and refurbishing its historic Usutu West mine – which produced an average 450 000 tpm of thermal coal during its heyday from three underground complexes. The refurbishment process was divided into two respective phases, with Mindset involved in both phases, which remain ongoing.

As part of the first phase, Mindset was contracted to provide its services as the owner’s representative and project manager and provided an on-site team of experienced individuals and contractors from the tendering phase right up to the commissioning of the fully refurbished underground mine.

The services rendered by Mindset included the preparation of a mining work programme for submission to the Department of Mineral Resources; the delivery of a bankable feasibility study for the underground operations; and compilation, management and assistance in the adjudication of the tendering process for engaging service providers.

The project also entailed a formal infrastructure assessment followed by the design, tendering and procurement of surface infrastructure for the run-of-mine section at Usutu.

Phase 1 of the refurbishment, which was completed in November 2015, culminated in the successful establishment of the first production section of the underground mine and was realised when Usutu achieved its first underground blast in February 2016 and produced first coal a month thereafter in March.

The first phase of the project has paved the way for Vunene to begin ramping up production at the colliery to an average of 1.6 Mtpa by the last quarter of 2018, with the aim being to replace production from the opencast mining blocks with that of the underground mine.

Despite having worked on some very successful coal mining projects in the past, Gissing notes with concern the lack of funding in the coal industry moving forward, which is so desperately needed to unlock South Africa’s geological potential. This is even more so the case for junior miners who struggle to gain the necessary traction in a market sector that has a clear funding void.

Moreover, Greenfield exploration has ground to a halt in the southern African coal sector, he says, noting that this is most likely as a result of the lack of funding and due to the fact that exploration is risky and funders have no appetite to fund high risk junior exploration.

Despite the funding constraint in the junior mining sector, Mindset has adapted the way in which it does business and has changed its business model to enable it to keep its costs as low as possible. One of the ways the company has also enhanced its service offering is through the formation of strategic partnerships with other specialist mining service providers, giving Mindset direct access to a large pool of consultants as a means to remain competitive and affordable.

Mindset’s expertise does not only lie in the South African coal industry where it has worked extensively throughout the years. The company has also concluded assignments and studies for clients in various African countries including Botswana, Mozambique and Zambia, and as far afield as the UK, USA and Russia. An example of the cross border work undertaken by Mindset coal was the mine design and optimisation study undertaken for the Morupule colliery in Palapye, Botswana. Mindset was tasked to review the geological model and geotechnical design parameters at the mine, review production with a view to optimise output and review the processing plant infrastructure capacities. Based on the review, Mindset also compiled the possible mining method options to best support the new plant design and was instrumental in helping to select the best option and then provide concomitant mine planning and design.

As a result Mindset has remained and has become an even more attractive service provider to the junior sector – the sector that provides Mindset with the majority of its work.

Commenting on the company’s order book, Gissing notes that the bulk of the consultancy work entails geological studies, mine planning and economic studies into the viability of projects, as well as value improvement services.

Benchmarking and due diligence studies also account for a large portion of Mindset’s work.

Besides attracting new business from the junior and mid-tier mining sector, Mindset prides itself on the fact that it has several repeat clients, such as diversified mining company Anglo American. Mindset has been doing business with Anglo American on its local coal projects for several years. These include:

“Securing work for major coal projects is however on the decline and we have learnt to excel when working on easier to come by smaller, shorter term projects. We believe that we have been so successful in this space because of our flexibility to adapt and ability to achieve quick turnaround for our client,” says Gissing.