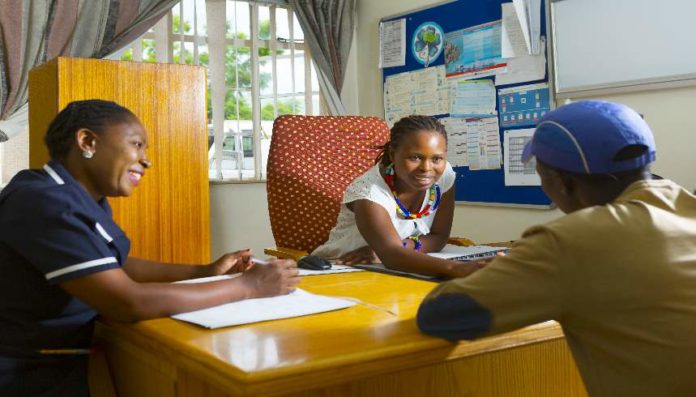 All mining employees require active collaboration between management and regulators, as well as each other, in order to work towards the 2024 zero harm D-day. This requires an intensive focus on illnesses including tuberculosis (TB) and HIV/AIDS, the Chamber of Mines’ head of health Dr THUTHULA BALFOUR tells SASCHA SOLOMONS.

To monitor progress against industry health milestones, the Chamber collects data from members and tracks, evaluates and reports on performance, in order to move closer to zero harm, in line with world-class safety standards. “The Chamber, in conjunction with mining companies, aims to achieve this by working cooperatively with tripartite partners in government and organised labour,” Balfour points out.

She notes that most of the policies and procedures that have been crafted by the Mine Health and Safety Council (MHSC) have been good policies that companies can adhere to. It assists companies by defining exactly what is expected in terms of health requirements. She adds that with a country as large as South Africa, standards are needed in order to make it possible for even the smallest mines to know what is expected for optimal operations with minimal health irregularities.

Balfour notes that the MHSC has set milestones for 2024 and the industry cooperates through the MHSC in developing programmes and initiatives to reach these milestones.

The 2024 Health Milestones are:

Balfour points out that the key identifiable diseases in mining include noise-induced hearing loss, and occupational lung diseases such as silicosis and coal workers’ pneumoconiosis. TB in the industry is both an occupational and public health disease. “There is legislation which defines occupational TB,” she comments.

Balfour highlights that both TB and HIV/AIDS are significant public health threats in southern Africa, with potentially life-threatening consequences for employees and their communities. Where TB develops in the presence of silica dust exposure, this is also an occupational illness.

In addition she notes that the incidence of noise-induced hearing loss continues to plateau. Although statistically it has decreased to 966 cases in 2016, there is a clear indication that more work needs to be done to engineer out noise in the industry.

Balfour is positive about 2018 and expects further improvement throughout the year. “A lot of work has been on reducing occupational exposures. We also have a campaign called Masoyise iTB,” she continues.

The Masoyise iTB initiative was planned to run over three years from 2016 to 2018. The ultimate goal is to reduce TB incidence on mines and in mining regions to below the rate for the general population. It is hoped that the national campaign will reduce TB incidence in the country as a whole in that period too. To achieve that goal the following targets have been set:

1. Target 1 – Every mine employee to be screened for TB each year

2. Target 2 – Every mine employee to be offered voluntary counselling and testing (VCT) for HIV each year

5. Target 5 – Support to mine contractors

The latest data shows that the TB incidence rate for Chamber member companies was 1 066 cases/100 000 population compared with the overall TB incidence in South Africa of 834 cases /100 000.

The companies affiliated to the Chamber of Mines already run extensive TB screening and VCT programmes and offer comprehensive treatment services for employees.

Balfour indicates that other initiatives, such as tracing the contacts of employees with TB, have been introduced to decrease health risks. Another development is the Chamber electronic reporting system which was introduced in 2016. “It has done particularly well for HIV and TB. We started off with an HIV and TB module then followed with the occupational health module and the hygiene modules. This allows more convenient data collection, leading to more efficient calculation and reporting on statistics.”

Balfour notes that in order to successfully practise zero harm, a collective effort is required in the industry. She mentions that the Chamber supports the Tripartite Action Plan for the elimination of silicosis and NIHL and the Tripartite HIV and AIDS Plan for stopping the spread of HIV in the mining industry.

The Chamber also participated in and supports the development of the SADC Declaration on TB in the mining sector, adopted by heads of state in 2012.

Further, Balfour explains that in managing TB the industry follows the Department of Mineral Resources’ (DMR) Guidance Note for TB Control Programmes. Recent industry initiatives on TB include improving the continuum of care and referral for employees with TB, and the implementation of the TB Review Tool for auditing TB programmes.

The health team of the Chamber is involved in the following key activities in support of obtaining world-class health statistics:

• Providing specialist expertise and advisory input on health related matters to members, including the dissemination of information
• Formulating industry policies and position papers on issues that will have an impact on the mining industry, and then representing the industry on these mandated positions in appropriate statutory and other forums
• Regular and on-going liaison with government departments and officials
• Facilitating interaction and learning between medical representatives and hygiene specialists of member companies
• Representing members and mining interests in various key forums such as the MHSC and MHSC sub-committees

In addition, according to the Chamber, the MHSC, as per the mandate of the Mine Health and Safety Act of 1996, must arrange a tripartite summit to review the state of health and safety at least every two years. “This year the 2018 summit will give us the opportunity to provide feedback on whether or not we are reaching the milestones that we have set so far and also to determine what else is needed in order to make those milestones reachable,” states Balfour.