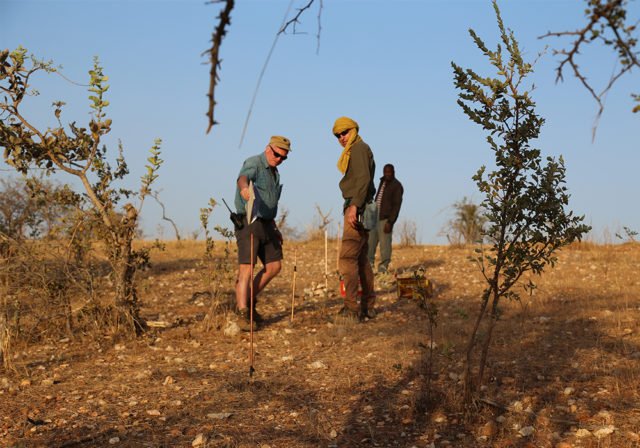 The Africa and Australia focused mineral explorer will invest up to US$3.5 million for a 58% stake in Tekton Minerals, which will subsequently provide it with exclusive rights over five highly-prospective exploration permits covering 1 000 km2, as well as two reconnaissance licences, covering 400 km2 in Ouaddaï province in Chad.

The funding with be used to undertake further exploration work and to prepare a technical report compliant with Canadian NI 43-101 or Australian JORC requirements.

“Chad represents a highly prospective, underexplored destination for minerals with obvious gold endowment, largely forgotten due to the focus on oil, with an attractive mining code and investment framework where major oil companies (including Total, Chevron and Glencore) have been operating for decades,” says IronRidge Resources CEO and MD Vincent Mascolo.

The licences are located in an underexplored yet highly prospective domain within the Saharan Metacraton of Central Africa, which is home to gold mineralised, province-scale geological structures comparable to those found in the prolific Birimian Greenstone belt, known for several world-class gold mines in Ghana, Senegal, Mali, Côte d’Ivoire and Burkina Faso. Tekton Minerals, which has extensive in-country exploration, logistics and government relations expertise, has undertaken comprehensive exploration work in the region over the past two years.

Multiple high-priority gold targets have been defined within the Dorothe, Echbara and Am Ouchar licences, including one drill ready target defined at Dorothe and additional untested lithium, graphite, base metal and uranium targets within the licence portfolio.

Mapping and sampling at the Dorothe target to date has defined two distinct gold mineralising events.

The first is an early centimetre scale shallowly westward dipping quartz vein swarm zone over a 3 km x1 km area. Secondly, trenching results at Dorothe, including 14.12 g/t gold over 4 m, 34.1 g/t over 2 m and 63.2 g/t over 1 m, has defined significant gold mineralised quartz veining over a confirmed 1 km strike at an average of 2 m and up to 5 m true width across multiple stacked vein zones up to 200 m wide and over a confirmed 1 km of strike with possible extensions up to 3 km of strike.

Upon commencement of the investment, IronRidge chairman Nick Mather will be appointed chairman of Tekton, while IronRidge CEO and MD Vincent Mascolo and IronRidge’s country manager in Gabon Len Kolff will join the board of Tekton. MRA

CHAD AT A GLANCE

According to 2016 World Bank statistics, Chad has a population of 13.6 million people and covers a surface area of 1.2 million km2, and has secure borders with its neighbouring countries. It is a stable republic with a US$2 500 GDP per capita per annum according to 2013 estimates. Chad is also a member of the Organization for the Harmonization of Business Law in Africa (OHADA) and the Extractive Industries Transparency Initiative (EITI), and has a projected economic growth of 11.2% (African Economic Outlook, 2014).