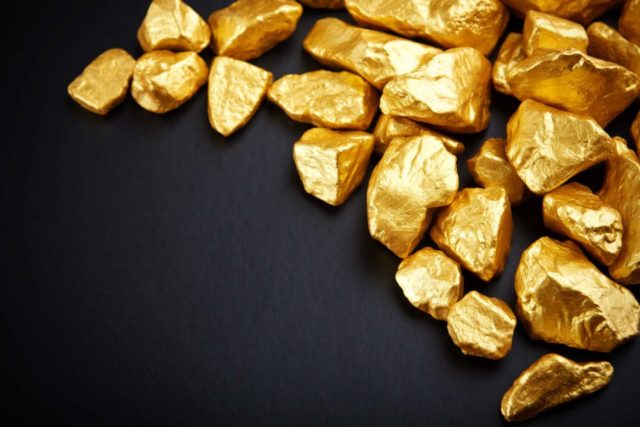 Gold, seen by many as a safe-haven asset, is back in demand amid increasing concerns over the health of the global economy and the ability of central banks to engineer a recovery. Miners are benefiting from higher gold prices, especially aft er spending recent years reducing costs and adjusting mine plans to cope with lower prices. By Franklin Equity Group’s Vice President, Research Analyst Steve Land.

In February, the price of gold rose 10.8% – the biggest monthly gain in four years – and is up 17.2% so far this year with the spot price ending February at US$1 238 per troy ounce. Gold mining stocks have followed, rallying in many cases significantly more than the price of gold bullion. [quote]

Investors have cited a number of reasons for their re-entry into the metals market following a multi-year hiatus. While gold is traditionally seen as an inflation hedge, that doesn’t appear to be the primary impetus, although we’ve seen some nascent signs of inflation in the United States and other parts of the world.

Continued financial market volatility amid global growth concerns and the prospects for real interest rates in certain countries to turn negative seems to have been attracting many investors to precious metals. Negative rates imply that investors are actually paying banks to hold their cash, so it makes sense for investors to seek out potential investment return elsewhere. While both gold spot prices and mining stocks have surged this year, mining sector stocks remain far from their 2011 apex.

Futures prices for most major industrial metals on the London Metal Exchange (LME) have also traded higher despite signs of worsening manufacturing conditions in China (the world’s biggest consumer of base metals), including a 2.9% gain for copper (to $4 695 per metric ton), as of the end of February.

February clearly brought a very diff erent tone to the gold industry from what we have seen in the past several years, as signifi cant investor interest returned not only to the physical metal but also to stocks and funds in the sector. As a good proxy for investor interest, physical gold held in exchange-traded fund (ETF) products was up 16% in January and February, as these funds added more than 7 Moz to their vaults. This compared to 4.4 Moz reduction of gold held by these products in 2015.

As the price of gold rallied, many previously bearish investors scrambled to cover short positions and rebuild positions that had been under weighted. Gold mining stocks delivered expected gearing as many companies have swung from break even (or worse) back to a modestly profitable position with the rally in gold. Franklin Equity Group expects gold mining stocks to be more volatile than physical gold, as metal prices remain close to the total cost-per-ounce for many producers, so that even a small price move in physical gold can drive a significant change in cash flows for a company.

For non-US buyers, gold remains relatively expensive as the US dollar weakened only slightly in February, falling less than the rise in gold prices. While many commodity-linked currencies have strengthened year-to-date in 2016, providing some positive news for holders of stocks in those countries, the move has negatively impacted profit margins for some operations in countries such as Canada, Australia and South Africa. The currencies of highly commodity dependent economies are still significantly weaker than they were a year ago, providing continued ability to show cost improvement year over year, but the quarter-over-quarter gains will likely be more challenging as companies report first quarter 2016 results.

Capital spending across the metals and mining sector pulled back meaningfully in 2015, and further cuts are being implemented for 2016, according to most forecasts. We believe the resulting lack of investment and expansion is apt to foster lower gold production in the coming years. The World Gold Council’s supply and-demand report released in February showed mine production was only up 1% in 2015, and fourth-quarter production actually fell 2% versus third-quarter levels – the fi rst quarterly decline since the third quarter of 2008.

Total gold supply for 2015 was down 4% given another weak year in regard to precious metals recycling. Even if gold prices continue to improve, we think high debt levels for many of the world’s largest gold miners make it unlikely that they will aggressively pursue new projects as they focus on repairing their balance sheets. Despite this trend, we continue to see opportunity for high-quality, moderate capital-cost projects to move forward.

Although recent volatility has made mining industry mergers and acquisitions more diffi cult, we still believe there will be a number of forthcoming transactions in 2016. Given valuations at mid-March, we think gold miners in many cases could add reserve ounces less expensively through acquisitions than from their exploration drilling and new mine development efforts.

Over the past 10 years, gold has shown a low correlation with global stock markets, which we believe makes it a compelling diversifi cation tool and potential store of value. We continue to see attractive investment opportunities in gold and precious metals equities, with many companies trading well below what it would cost to build their existing mines today.

We believe many gold companies are also well-positioned to survive a weak price environment, and yet they off er signifi cant upside potential if the market begins to attribute value to their reserves as prices improve. Gold and gold equities remain valuable tools for portfolio diversifi cation as they generally do not correlate signifi cantly with the prices of non-gold equities, bonds or other commodities, and serve as a potential hedge against geopolitical instability, infl ation, US-dollar depreciation and stock market volatility. MRA