Despite the downturn in global commodity prices and the outbreak of the Ebola epidemic in West Africa, the region’s greatest potential in retaining a positive growth outlook lies in its ability to gain political stability and technological skills development, believes KPMG Ghana Tax and Regulatory Services head Emmanuel Obeng Asiedu. Chantelle Kotze reports.

Asiedu is of the view that political stability will entice investors into the region to help exploit the available resources. He further believes that 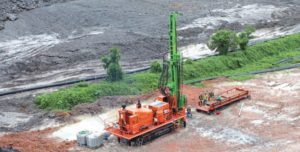 the wealth generated from investment could be channelled into training for the people of West Africa to acquire technological skills. With skills development, raw materials could be processed to increase their value before export, which could eventually lead to industrial growth. The future of the mining sector in West Africa is very bright over the next five years, Asiedu says, as West Africa supplies approximately 9% of the world’s bauxite and 8% of its gold, while also being home to some of the world’s largest iron ore deposits. The region also hosts commercial quantities of other minerals that are awaiting exploitation. Properly exploited, the resources could underpin diversified economic development, in turn, transforming the prospects of Western African nations, he notes.

“Almost every West African country is attracting investment or being invested in either through the production of minerals or through exploration. This, accompanied by corporate taxes and mineral royalties, is a source of foreign exchange for the respective countries,” Asiedu points out. He continues….