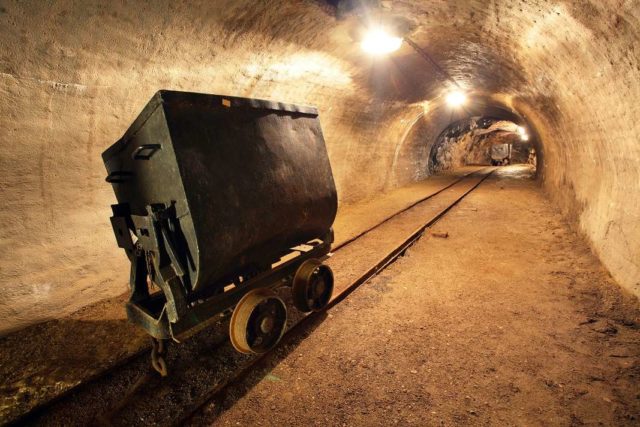 The Kamoa copper project — a joint venture between Ivanhoe Mines and Zijin Mining Group Co. — may have been independently ranked as the world’s largest, undeveloped, high-grade copper discovery; but this looks set to change. The latest drilling results from Ivanhoe’s Kakula discovery, situated on the southern portion of the Kamoa tenement, is revealing ‘phenomenal’ mineralisation and grades which could see it take the top position as Africa’s most significant copper discovery ever made. Compiled by Laura Cornish.

It has been well over 10 years since Ivanhoe geologists first started looking at Kamoa. The first exploration programme on site was initiated in 2003 which at the time was nothing more than an unknown grass-roots prospect generated by the company’s geological team and covered with a thin layer of Kalahari sand – sitting in a previously unrecognised district within the Central African Copperbelt.

It took those geologists five years to make the first significant discovery in 2008 and another five to prove its status as one of the richest copper deposits on the African continent.

To reach that point, “it took more than 12 years of dogged exploration, dedicated geological and geotechnical expertise [as well as] a total investment of several hundred million dollars,” Ivanhoe executive chairman Robert Friedland recalls. Kamoa is now proven to be a very large, near-surface, stratiform copper deposit with adjacent prospective exploration areas within the Central African Copperbelt, approximately 25 km west of the town of Kolwezi and about 270 km west of the provincial capital of Lubumbashi.

Having identified its potential, Ivanhoe did not wait long to start early-stage construction and on-site development, awarding the boxcut construction to Lubumbashi-based Mining Company Katanga Sprl in 2014.

DRC local company Byrnecut Underground Congo SARL was awarded the contract in 2015 to deliver support for the boxcut and construction of the first 1.2 km for two declines. The first blast at the twin declines took place on 12 May 2015, officially marking the beginning of underground mine development. The twin declines, incorporating both a service and a conveyor tunnel, have each advanced more than 130 m since.

Development of the underground mine is designed to reach the high-grade copper mineralisation at the Kansoko Sud deposit during the first quarter of 2017. The development is ahead of schedule and within budgeted costs.

Kamoa and contractor teams are also currently focusing efforts and equipment on the necessary critical activities such as the steel sets required for roof support which were installed in each decline in June 2016 as well as ventilation fans which were also installed recently.

Kamoa project outline In February this year, an independent prefeasibility study (PFS) – based on probable mineral reserves for the first phase of Kamoa’s development – was prepared by OreWin, Amec Foster Wheeler E&C Services and SRK Consulting. The report reflects a base case, initial phase of project development and describes the construction and operation of a 3 Mtpa underground mine, concentrator processing facility and associated infrastructure.

The first phase of mining will target highgrade copper mineralisation from shallow, underground resources to yield a highvalue concentrate. The planned second phase would entail a major expansion of the mine and mill, and construction of a smelter to produce blister copper. At its initial 3 Mtpa production rate, the project will average a grade of 3.92% copper concentrate over a 24-year mine life, resulting in annual copper production of approximately 100 000 t.

Impressively, the initial capital cost, including contingency, is US$1.2 billion, approximately $200 million lower than estimated in the Kamoa 2013 preeconomic assessment. The life of mine (LOM) average cash cost is estimated to be $0.75/lb of copper, contributing towards an after-tax net present value (NPV) at an 8% discount rate of $986 million and an aftertax internal rate of return (IRR) of 17.2% and a payback period of 4.6 years.

The initial capital cost includes a $104 million advance payment to the DRC state-owned electricity company, SNEL, to upgrade two hydro power plants (Koni and Mwadingusha) which will provide Kamoa with access to clean electricity during the initial phase of operations.

The upgrading work is being led by Stucky, of Switzerland, and the advance payment is expected to be recovered through a reduction in the power tariff once Kamoa is in operation. In parallel with the Kamoa 2016 PFS, an alternative mining method – controlled convergence room-and-pillar mining, developed by Poland-based KGHM – was investigated for its suitability for use on the Kamoa Kansoko deposits. The use of this method has been successfully used by KGHM Polska Miedź S.A. (KGHM) at its copper-mining operations in Poland for the past 20 years. Based on detailed analysis by the company’s research and development centre, this mining method appears to be well suited to the Kamoa deposit and, if implemented, potentially could provide significant cost savings – reducing the average cash cost to $0.61/lb in the first phase – as there would be no requirement for cemented backfill and ore extraction ratios would increase. This would also improve the after-tax NPV at an 8% discount rate to $1.182 billion, the IRR to 18.9% and the payback period to 4.3 years.

An increase in production, of up to 4 Mtpa from the proposed initial mining area, with only limited adjustments to the ore-handling and ventilation systems, would also result in a more efficient use of capital.

It was only in January this year that Ivanhoe fi rst revealed the nature of its 60 km2 Kakula discovery, which is situated approximately 10 km south-west of the Kamoa project’s planned initial mining area at Kansoko Sud. The results discovered in the timeframe since and the consequent eff orts Ivanhoe has injected into verifying the project’s full potential are indicative of its high-level attraction.

“Given the remarkable exploration success we have had to date at the Kakula discovery, we believe that this new copper discovery is substantially richer, thicker and more consistent than other mineralisation that we have found elsewhere on the Kamoa project. And the results speak volumes – the Kakula discovery is a complete game changer in our planning for the development of the Kamoa project,” highlights Frieland.

The primary objective of the drilling programme currently underway at Kakula is to confi rm and expand a thick, fl at-lying, bottom-loaded zone of very high-grade, stratabound copper mineralisation at the southern part of the discovery area.

As a result of the on-going success of the Kakula programme to date, the Kakula drilling programme has been expanded by an extra 9 000 m, to a total of 34 000 m of exploration drilling. As the full extent of the discovery becomes apparent, further expansions to the programme will be accelerated. Drilling results thus far support findings that mineralisation at Kakula is consistently bottomloaded, with grades increasing downhole toward the contact between the host Grand Conglomerate and the underlying Mwashia sandstone. The highest copper grades are associated with a siltstone/sandstone unit occurring within the Grand Conglomerate, located approximately 1 m above the top of the Mwashia sandstone unit.

To help advance the on-going exploration and delineation of the Kakula deposit, the Kamoa technical team is proceeding with the engineering and preparation of tender documents for the construction of a boxcut to accommodate decline ramps that will provide underground access to the deposit. “To date, the deposit has grown with virtually every step-out hole we have drilled,” says Watum. “In a country known for its highgrade copper deposits, Kakula is quickly establishing itself as the exceptional discovery.”

It has the potential to be amenable to bulk, mechanised mining and have a significant, positive impact on the Kamoa project’s future development plans. Ivanhoe expects to have an initial independent mineral resource estimate prepared for the Kakula discovery imminently. MRA

In February 2016, MDM Technical Africa, as part of Amec Foster Wheeler, completed a PFS for the fi rst phase of development of the Kamoa copper project which reflects the initial phase of project development and describes the construction and operation of a 3 Mtpa concentrator processing facility and associated surface infrastructure. Kamoa has further tasked MDM to complete some surface infrastructure early works engineering and a scoping study for a significantly larger concentrator to match the exciting and newly found Kakula-Kamoa copper discovery.