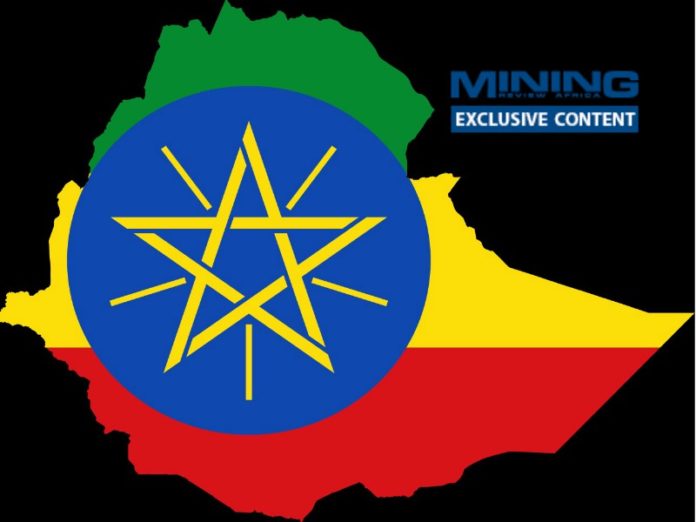 AIM-listed gold and copper explorer and developer KEFI Gold and Copper is well on its way to begin development of its 1.7 Moz Tulu Kapi gold project in Ethiopia.

TKGM is working hard to stick to its schedule, the next milestone of which is to settle the financing terms with its project consortium in October, followed by the sequenced drawdown of funds for full development to start during Q4, 2020 and then to accelerate construction in 2021 for gold production in Q4, 2022, CHANTELLE KOTZE writes.

The East African country of Ethiopia has undergone significant transformation in attracting foreign mining investment having undertaken legislative and tax reforms for its underdeveloped mining sector in recent years to encourage growth and investment to jumpstart its burgeoning mining sector.

Read more about mining for base metals

With an abundance of natural resources in several prolific mining districts that have not yet been significantly exploited, coupled with the mining sector reforms, the country’s ability to establish a competitive mining sector is no longer a pipedream.

With Ethiopia set on unlocking its mining potential, KEFI is serious about contributing to the country’s mining sector and, as a first mover within the country, has partnered with the Ethiopian governments and leading African development banks as its senior sponsors, to bring to fruition the country’s first 21st century industrial-scale mine development.

Read more about mining in Ethiopia

KEFI and the government, through their jointly-owned Ethiopian project company TKGM have entered into an agreement (the Tulu Kapi Mining Agreement), which incorporates several foundation documents including development and operating plans, an environmental and social impact assessment and, for the community, the resettlement action plan and development plan.

Despite the Ethiopian political turbulence during the democratic transformation of the past few years, and despite the disruptions imposed by COVID-19 during 2020, KEFI, the Governments and the regulatory authorities have been unwavering in their commitment to deliver Tulu Kapi.

The parties have been intent on doing so in compliance with the highest international standards including the International Finance Corporation’s Performance Standards on Environmental and Social Sustainability and Equator Principles.

KEFI is known within Ethiopia to be contributing broadly to the sector’s modern birth, with an education and training initiative planned around the project and with the company’s senior leadership representing industry on the local board of the Extractive Industries Transparency Initiative and chairing the Ethiopian Progress Association for Mining.

According to KEFI Gold and Copper executive chairperson Harry Anagnostaras-Adams, the merit of the company’s development approach should pay dividends with the imminent mining boom in Ethiopia by, in partnership with Government, setting the highest standards for environmental, social and governance.

Recent entrants into Ethiopia include AIM and TSXV-listed African mining project and royalty generator Altus Strategies, which holds the Tigray-Afar and Daro copper licences and the Zager gold licence, all of which are located within the Tigray province of northern Ethiopia.

TSXV-listed East Africa Metals, which owns Harvest and Adyabo gold projects, with a combined 915 000 oz indicated and 977 000 oz inferred resource; as well as US-based gold major Newmont, which is also prospecting for gold in Ethiopia.

Having earlier this year updated all capital expenditure, operating and financing requirements as part of the final 2020 Tulu Kapi plan, KEFI-controlled TKGM is now on schedule to allow major site activities to start at Tulu Kapi, upon closing of the full financing package.

Anagnostaras-Adams says that the 2020 Tulu Kapi Plan re-affirmed the project’s gold production, which will average 140 000 ozpa for eight years, from the bankable open pit, with potential to increase to approximately 190 000 ozpa from the underground development – for which a preliminary economic assessment has been published.

The comprehensive project updates and revisions, which informed the final 2020 Tulu Kapi plan, has culminated in a reduced overall funding requirement. Total project funding requirements are now US$221 million, compared with $242 million reported in the 2018 annual report.

KEFI/TKGM have mandated two leading African development banks as senior project banks. The project level equity expected to comprise at least 40% of the total funding package, is to be funded by a consortium consisting of KEFI, the Ethiopian Fereral and Regional Governments, Ethiopian private sector investors and one or more specialist mining financiers.

This will provide financing facilities under subordinated debt (such as long-planned working capital and stockpile facilities and associated forward sale, offtake arrangements).

Moreover, based on the discussions on the detailed terms as well as the proposals received to date from the financiers and investors, TKGM is seeking to potentially reduce the number of shares it issues by increasing the amount of funds raised by TKGM from the financiers, and by doing so increase its existing shareholders’ ultimate beneficial interest in TKGM.

This gold price could see the development of a slightly larger, longer lasting open pit operation and reinforce that the underground development could be brought on line much sooner.

This also means that the combination of the underground mine, which will be located directly underneath Tulu Kapi together with the open pit mine, could see the operation have a potential +12-year mine life.

The mine would therefore also be able to produce an overall higher blended gold grade, from both the higher grade (5-6 g/t of gold) underground deposit and the slightly lower grade (2 g/t of gold) open pit, Anagnostaras-Adams explains. These scenarios will be assessed during construction in consultation with the full financing consortium.

Despite COVID-19, the implementation of the project development activities has continued with duly refined plans, such as Covid-adjusted rostering and including the ordering of long-lead items for off-site infrastructure activities (which are being provided for by the government).

A new road has just been built into the new host lands for Tulu Kapi residents to be resettled, while preparation of the new lands and homes is also already underway, in time for the first phase of the community resettlement to be implemented at the end of the year.

An expansion of the accommodation village for construction personnel will commence immediately after, with bulk on-site earthworks, to begin in Q2, 2021.

In terms of on-site infrastructure, the process plant front-end-engineering-and-design has been completed, following updating pricing from the plant fabricators and the integration of the recent geotechnical drilling results into the final plant and dam foundation designs.

In addition to the physical development tasks that are underway, KEFI also completed all the independent studies and reports required for the financiers in order to conduct their due diligence work.

These studies and report included both technical reports as well as environment and social study reports. Part of this also included the completion of the tailings dam, water balance and geotechnical studies, which were undertaken on completion of the process plant design.

The Tulu Kapi operation will comprise an open pit mine about 1 km wide to a depth of 400 m. The ore will be sent to a 2 Mtpa carbon-in-leach processing plant followed by a detox circuit to ensure that any waste entering the tailings dam is neutralised to the point that the tailings discharge complies with the International Cyanide Management Code.

In addition to the planned underground mine, an area of over 1 000 km2 adjacent to Tulu Kapi has been reserved for exploration by KEFI upon commencement of development, with a view to adding satellite deposits to development and production plans.

Over the long term KEFI’s vision is to establish Tulu Kapi as the centre of a mining district, with several mines operating. KEFI has also agreed with the Government to jointly institutionalise industry training schemes in the district for the benefit of the region and the sector in general.