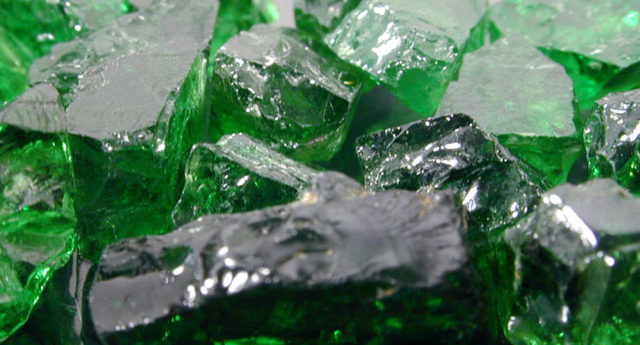 In an exclusive interview with Mining Review Africa, editor Laura Cornish spoke with Kenya’s new Mining Cabinet Secretary/Minister of Mines Hon. Dan Kazungu, who highlighted his passion and vision to see the country’s mining sector grow substantially over the next 10 years. And he is confident of success following the introduction of a new Mining Act in May this year aimed at providing investor confidence through transparent regulatory processes that embrace new mining development.

“With just a handful of companies operating in the country, Kenya is an attractive mining destination which offers mining companies and investors vast opportunities to discover and tap into new Greenfield projects,” says Kazungu, who took up his new position in December 2015. He was formerly a parliament member. “Tapping into potential untapped mineral wealth could lead to the establishment of a ‘new mining frontier’. The government has recognised that the mining industry is a key pillar for growth and economic transformation and so we are preparing the country for the next big wave of mining activity.”

Until now, Kenya has failed to attract any major investment, which Kazungu believes is largely owing to a colonial mining act which was passed in 1940 during World War 2. “We have been relying on this historic and outdated act for 76 years. Fortunately, this is now an era past following the introduction of a new Mining Act which I spent my first five months in office pushing to finalise.” It was signed by President Uhuru Kenyatta on 6 May 2016 and came into effect on 27 May.

It is the result of a two year process and extensive engagement with the Kenyan Chamber of Mines and its members as well as a number of high-level, international specialists including London-based business management consultants Adam Smith International; the British, Canadian and Australian high commissions; various embassies; and importantly, country governments and communities as well.

The policy document constitutes an open and transparent legal framework with regulations in place designed to ensure maximum benefit for both Kenya, current and potential new mine developers and their shareholders. “We have now positioned ourselves for a significant upturn in mining investment which will see this country become a world-class mining jurisdiction and contributor to widespread economic transformation in Kenya and even possibly the new mining hub for the entire East African region.”

Discussing the new Act briefly, Kazungu outlines key areas of focus – the first being the inclusion of small-scale and artisanal Kenyan miners as one of numerous legal, mainstream sub-sectors in the country. “As government we have an obligation to the Kenyan population and this forms a major part of our policy.” Further sub-sectors include large-scale miners, exploration companies, gem stones and precious minerals and mining services (fi nancial, legal, logistics, insurance, training, consultants, etc.).

Institutionalising the ministry through the creation of chosen committees and/or institutions to make strategic decisions is another area of change which will provide investor comfort thanks to “transparency, clarity and predictability” – three critical parameters for new investment, Kazungu notes. Mining licences for example will be granted by a minerals board following a thorough online application evaluation.

Knowing what is on offer

To achieve this, he has implemented a new programme called Project Tai, which entails the implementation of a national aerial geophysical survey aimed at establishing the type, quality and quantity of mineral resources across the country. It is expected to start in September and is headed up by a new national steering committee comprising seven Kenyan cabinet secretaries as well as a 16 member national technical committee of skilled geologists and technical experts. The country has been divided into five mining blocks for the survey and government has secured and allocated KES3 billion (about R420 million) or KES6 billion in total which will be spent in a phased approach – starting with the identifi ed coastal, eastern and western blocks.

“The committee is currently preparing to issue an expression of interest tender for international consultants to take on the project.”

Talking more generally of the country’s known mineralisation, Kazungu notes that Kenya is recognised for its limestone wealth – so much so that an international firm has committed to the construction of a new cement plant in the country, said to be one of the largest in Africa.

Gold is also on off er, the Cabinet Secretary continues. “Kenya experienced a gold rush in the western part of the country in the 1960s where Acacia Mining is currently exploring alongside a number of small-scale gold miners.”

The 100 year old Magadi Soda Company, situated in the Rift Valley’s Lake Magadi region, mines trona to produce significant quantities of soda ash. The area is also home to Kenya Fluorspar Company which forms part of a small contingency of global fluorspar miners which produce and export to global markets.

In addition to mineral sands along the coast, the country also off ers unique gemstones including emeralds, sapphires and highly valuable green garnets from the Tsavo region (called Tsavorite garnets) and rubies from the Baringo county.

The potential is significant

“I will use my position to encourage and ensure a truly transformed mining sector with shared prosperity which I believe can and will be the ‘bedrock’ of industrialisation in the country,” Kazungu highlights. “10 years from now we will have a thriving mining industry which will have overtaken the tourism, cof ee and tea industries as the largest revenue contributors to the country. While the sector only contributes 1% towards government’s fiscal at present, I will do everything in my power to increase this to double digit figures by 2026.” MRA

BE PART OF THE KENYA MINING FORUM

Now is the best time to get involved and be a part of an industry that has the potential to become a reliable, highly profitable investment opportunity. The Kenya Mining Forum will be the launch for a ground-breaking event where potential investors and associated support services will gather to learn about growth strategies, market data, case studies, and investment opportunities. The Ministry of Mines will host the event and will give full disclosure on the updated Mining Act. Government representatives, CEOs and key stakeholders can meet and discuss at B2B meetings and CEO roundtables. The event will take place at the Radisson Blu hotel in Upper Hill, Nairobi on 28 and 29 September 2016. More information here