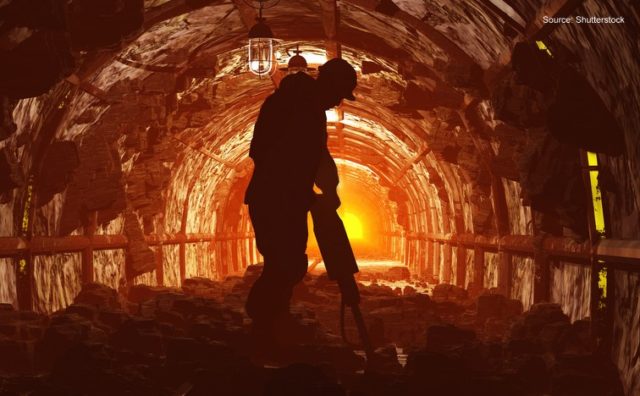 Kodal Minerals is underway with early-stage exploration at its highly prospective gold and lithium concessions in West Africa.

Kodal Minerals began life in 2010 as a junior mining company with assets in Norway, including the Kodal phosphate and iron deposit in the south of the country and the copper focussed Grimeli project in the west.

With the development of these assets forced to be put on hold as a result of weak commodity prices, which rendered the promising assets uneconomic at current pricing, Kodal set out to fi nd other assets which it could develop.

The explorer identified gold as a very attractive metal with modest yet steady price gains, which prompted Kodal to acquire a collection of highly prospective gold exploration targets in May 2016 in Côte d’Ivoire and Mali on the West African Birimian Greenstone Belt.

The acquisition saw Kodal acquire 100% of the share capital of International Goldfields from ASXlisted West African focused gold explorer Taruga Gold, of which Aylward was the former MD, making it the new owner of the concessions in Mali and Côte d’Ivoire.

Having been appointed as the new director and CEO following the acquisition, Aylward took to Kodal’s helm to focus on realising the company’s diversifi cation strategy and also continuing the strategy of acquisition with early low cost exploration.

Aylward explains that three of the company’s eight concessions and one of the two applications in Côte d’Ivoire are subject to exploration agreements with established gold producers Australian Newcrest Mining and ASX-listed Resolute Mining, to invest up to $4.7 million in exploration and development finance towards the projects.

Of the eight, Kodal is currently focused on advancing exploration at two of its wholly owned concessions, namely Nangalasso in Mali and Korhogo in Côte d’Ivoire.

The 345 km2 Nangalasso project was acquired by Kodal in May 2016 as part of the West African gold portfolio acquisition from Toruga Gold. Nangalasso consists of two concessions, Nangalasso and Sotian, over which Kodal holds exclusive access and option to purchase agreements with local Malian companies Gold Corporation Mali SARL and La Société Drame et Freres SARL.

The project is located in the south of the country approximately 250 km from the capital of Bamako and 15 km to the west of the Syama gold mine owned by Resolute Mining.

The work completed to date includes geochemical sampling, trenching and drilling, which has generated strong gold anomalies with drill intercepts up to 21 m grading at 1.5 g/t of gold. Initial trenching results, received in September, have returned anomalous gold values that confirm the widespread surface gold anomalism previously defined at Nangalasso.

Five trenches were completed for a total of 264 m with a total of 88 composite trench samples, six rock chips samples and quality assurance and quality control samples.

A total of 103 samples were dispatched to inspection, verification, testing and certification company SGS’s laboratories in Bamako, Mali, the assay results of which returned a maximum value of 3 m grading at 0.37g/t gold.

The next phase of exploration at Nangalasso is a programme of field mapping and targeting of the extensions of the defined gold anomalous zones followed by a programme of aircore drilling looking to test the depth potential of the gold anomalies beneath the surface effects.

“This will provide Kodal with a greater understanding of the extent of the gold anomaly and help us to prepare the deposit for reverse circulation drilling,” explains Aylward.

Meanwhile, the 360.6 km2 Korhogo concession, acquired by Kodal through application directly to the government, is located in the northern central part of Côte d’Ivoire, approximately 250 km north of the capital city Yamoussoukro. It is at a very early stage of exploration with no previous modern exploration completed prior to the grant of the concession in 2014.

A total of 640 geochemical samples were collected throughout the programme, with three rock chip samples and 34 quality assurance and quality control samples for a total of 677 samples, were dispatched to inspection, verification, testing and certification company SGS’s laboratories in Bamako, Mali. Geological interpretation of the wide-spaced surface geochemical sampling programme indicates that the anomalies are associated with in situ material and that geological structures are evident in aeromagnetic data and geological mapping. Aylward notes that follow-up and infill geochemical sampling will be undertaken next to help define targets for reconnaissance aircore drilling, after which follow-up exploration will be undertaken to define these zones and prioritise targets for first pass drilling.

Kodal has been able to secure joint venture (JV) agreements with Newcrest Mining and Resolute Mining on a number of its concessions. These joint ventures validate not only the quality of Kodal’s ground selection, but also the company’s strategy to acquire early stage projects, generate value through exploration, and then look to secure experienced and well-resourced mining operators as JV partners to drive their development.

Newcrest has confirmed a farm-in agreement to spend $1.7 million to earn a 75% interest of the Dabakala gold project in Côte d’Ivoire, while Resolute can earn up to 75% interest over the Nielle and Tiebissou concessions and the M’Bahaikro concession application in Côte d’Ivoire through the expenditure of $3 million over four years. At Dabakala, Newcrest is recommencing field work at the project after a break. A field camp has been established and site preparation completed for the auger drilling of the strong gold anomalies.

Work at Dabakala is expected to continue for the next two months, with results expected to follow sometime during the fourth quarter.

Meanwhile, Resolute is continuing with geochemical sampling at the Nielle and Tiebissou concessions while on-going discussions are being held with the Government of Côte d’Ivoire for the granting of the M’Bahaikro licence to allow field work to commence in this area.

Kodal’s most recent acquisitions are that of two lithium projects in southern Mali, located approximately 180 km south of Bamako, which were acquired by Kodal in August and September this year after a review of the region identified the potential for significant lithium mineralisation.

The 250 km2 Madina and 250 km2 Kolassokoro concessions, collectively the Bougouni lithium projects, which lie adjacent to one another, provide Kodal with a total of 500 km2 landholding – with defined lithium bearing pegmatite veins and geochemical anomalies providing potentially signifi cant exposure to the rapidly expanding and high demand lithium market.

Results from geological reconnaissance conducted on the Kolassokoro and Madina concessions in September have highlighted the existence of multiple pegmatite veins with high-grade lithium mineralisation of up to 2.2% Li2O.

Kodal has planned a staged programme of exploration aimed at rapidly advancing the project towards JORC-compliant status in the near term. This work programme will consist of geological mapping and sampling of priority targets followed by an initial drilling programme and metallurgical test work.

A second phase of drilling is then anticipated which will be used in geological modelling for detailed assessment and the declaration of a preliminary JORC Mineral Resource Estimate.

To launch the exploration programme at Bougouni, the company has raised a total of £750 000, before expenses, through a placing of 720 000 000 new ordinary shares of 0.03125 pence each. “Lithium has become a huge investment story and we are keen to apply our extensive West African knowledge to begin development in what we believe is a globally signifi cant new lithium province,” says Aylward.

West Africa is one of the great global gold districts, says Aylward, adding that it is highly prospective and is home to some well-known major discoveries.

The region also offers the opportunity to discover further world-class gold deposits and hold significant opportunity for geologists to get involved in the region. Aylward believes that Kodal is in a great position to make discoveries and generate value, and this is the reason it operates in West Africa. “We believe the district will develop substantially over the next few years as a result of gold mining.”

In terms of the ease of mining in West Africa, Kodal has noted the development of good mining codes in Mali and Côte d’Ivoire, which provide certainty for mining companies in which to operate. “In Mali, we have the ability to acquire ground from the government and the ability to deal with local Malian companies to acquire additional ground. These companies are open to investment from foreign companies, while the mining code in Côte d’Ivoire, which has been in play for a few years, is working quite well, with sufficient access to service providers such as geologists and exploration services.

“Having operated in West Africa for well over 10 years, with an established extensive network of contacts and a good operational team in Bamako that we use to service both Mali and Côte d’Ivoire, we are continuing to review opportunities and potential acquisitions.

“Our primary acquisition focus area is Mali and Côte d’Ivoire where we already work, but we would consider other West African project opportunities, and even projects further a field, should they fit our investment criteria,” reveals Aylward. MRA