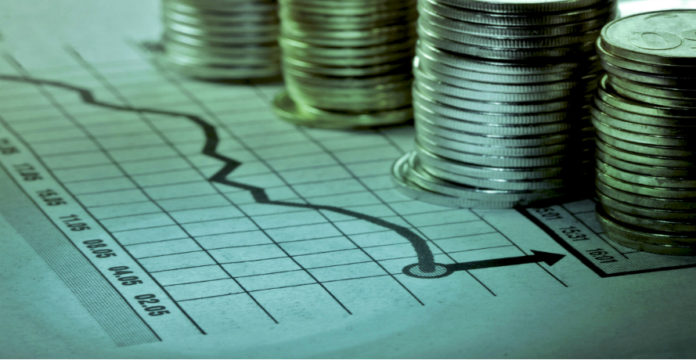 Banking firm Nedbank Corporate and Investment Banking (CIB) mining investment banker PAUL MILLER expects the next 12 to 18 months to be some of the most volatile and uncertain times ever experienced in South Africa’s mining sector. While he expects the country’s larger mining companies to be resilient and persist thorough this, he does not foresee the same fate for smaller companies, nor does he have much hope in the country’s ability to attract new and foreign investment during this challenging time, Chantelle Kotze writes. 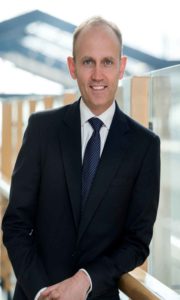 Miller warns that despite the steady, albeit gradual, improvement currently occurring in many sectors of the global commodities markets, the South African economy risks missing out on the growth benefits this could, and should, present.

This, he believes, stems from the fact that “South Africa Inc.” has not got its head around what it wants from its mining industry, which is going to do further damage to the country’s mining industry.

Miller told journalists in a live webcast at the end of January that international mining companies and investors are already dubious about placing their faith in the South African mining industry due to its persistent political, regulatory and labour challenges. This has led him to believe that the raft of upcoming regulatory and legal battles will almost certainly further damage investor sentiment in what is already a struggling sector.

The two pieces of imminent legislation and related regulation that Miller believes will have the most signifi cant negative impact on South African mining are the amended Mining and Petroleum Resources Development Act (MPRDA) and the reviewed Mining Charter, both of which could be enacted at any moment despite opposition from the industry. The potential effects of the reviewed Charter and the amended MPRDA are so egregious it appears that the mining sector is finally being forced to find its voice and assert itself.

The response to these regulatory pieces by the established mining sector has been immensely negative, not because participants in the sector disagree with the spirit of transformation they both embody, but because both take an approach to such transformation that could prove highly restrictive, or even counterproductive, for the industry as a whole. The Chamber of Mines has been vocal in its opposition to the reviewed Mining Charter and, in particular, the position politicians have adopted that give them discretionary powers to amend and interpret the Charter as they see fit, which is at the very least contrary to the country’s legislative process.

The fundamental uncertainty about South Africa’s regulatory environment … stems from the fact that uncertainty, discretion and the absence of timelines is inherently built into the base law, subsequently allowing DMR officials to apply vague guidelines at their own discretion” Paul Miller

Adding to the challenges facing the Department of Mineral Resources (DMR) as regulator of the industry, are the two defeats it recently suffered in the courts.

Firstly, the DMR’s approach to Section 54 safety stoppages was found to be irrational in one case by AngloGold Ashanti. The court ruled that the DMR officials had ignored the notion of “proportionality” when it issued a Section 54 notice shutting AngloGold Ashanti’s Kopanang mine, and had called for the DMR to be more rational and proportional when applying its health and safety regulations.

And secondly, the DMR was found to have ‘a high degree of institutional incompetence’ in another case by Aquila Steel. In this case, the court ruled the inappropriate application of the MPRDA by the DMR, when addressing applications for mining rights under the provisions of the legislation.

Miller noted his support for these rulings maintaining that the DMR, as the regulator of one ofthe world’s major mining jurisdictions, must be called out for this legislative tardiness.

Miller is greatly concerned about what is taking place in the country’s regulatory environment. “The fundamental uncertainty about South Africa’s regulatory environment is not about where we are in the legislative process with the next set of amendments, the fundamental uncertainty stems from the fact that uncertainty, discretion and the absence of timelines is inherently built into the base law, subsequently allowing DMR officials to apply vague guidelines at their own discretion.”

Because this process is inherently uncertain, Miller believes that no number of new versions of the MPRDA or Mining Charter is going to change that until industry demands certainty on timelines and on the requirements of how decisions are made and what the industry must do to get a decision out of the DMR, he added.

And the greatest tests for the DMR are yet to come, the fi rst of which will be the application by the law firm Malan Scholes, to set aside the entire Mining Charter.

The second major legal battle to take place in 2017 is the multitude of legal battles that will take place around the former public protector Thuli Madonsela’s ‘State of Capture’ report, which has at its heart the events around the takeover of Optimum Coal from Glencore.

Against this backdrop of what he dubs as “lawfare breaking out”, Miller no doubt believes that the South African mining industry will feel the impact at many levels – not least the immense opportunity loss of being unable to take full advantage of the commodity price improvements that many are predicting will continue during 2017.

“While it is already too late to prevent all of the fallout, it is still possible to mitigate the full impact. But doing so requires honest, collective and collaborative action from the entire South African mining industry, especially its regulators. “The days of quiet diplomacy are well and truly over for the established mining industry,” believes Miller, who added that the mining sector is simply too important as a contributor to the fiscus, earner of foreign exchange and employer of hundreds of thousands of workers, not to make its voice clearly heard in the coming months and years.

The company closed 24 mining debt financings at a collective deal value of R20 billion across ten different African countries and nine commodities in precious metals, base metals and industrial minerals.

In terms of Nedbank’s credit appetite, Singh notes that it remains healthy and consistent, with the company currently in an expansionary phase and seeking good mining finance projects and opportunities where it is able to work closely with the project management teams.

The company is also actively growing its lending franchise and in-country transactional banking in Africa through its 20% stake in the pan African banking conglomerate Ecobank – which is represented in 35 countries, notes Singh.

Nedbank also has a particular interest in financing copper in Zambia and the Democratic,Republic of Congo; graphite in Mozambique and Tanzania; gold in Burkina Faso, Côte d’Ivoire, Mali and Ghana; and uranium in Namibia