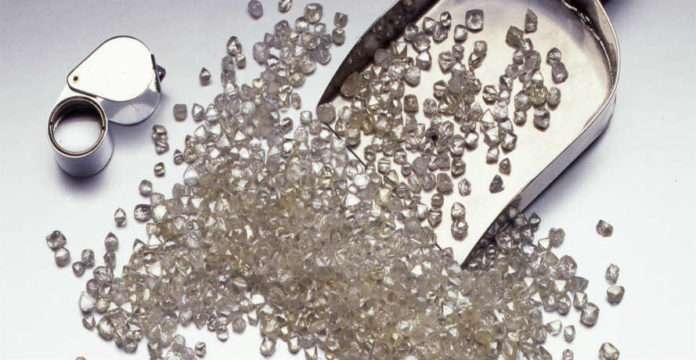 According to Fitch-affiliated market analyst BMI Research, the Botswana government’s efforts to develop the coal mining sector will yield steady progress, supported by low operating costs, a solid project pipeline and rising domestic demand. Nonetheless, the government‘s coal initiatives within the context of reducing dependence on the diamond sector, will face headwinds from subdued coal prices and the outsized value of the diamond sector.

Botswana’s mining industry value will increasingly be driven by a government led ramp up in coal production over the coming years. “We forecast the country’s coal output to increase from 2.3 Mt in 2017 to 3.8 Mt by 2021, with the sector’s share of total mining industry value growing from an estimated 2.6% in 2012 to 6.9% by 2021,” BMI Research (BMI) states.

Key factors keeping Botswana an attractive mining investment destination despite a subdued coal price outlook include low operating costs, rising regional and domestic coal demand and a stable business environment. For instance, a weak domestic currency will improve miners’ profit margins, as input costs are priced in domestic currency and output (commodities) are priced in the stronger US dollar. BMI expects the Botswana Pula to follow a depreciatory trend over 2017, driven by weakness in the Pula’s currency basket.

Furthermore, coal-fired power generation plays an important role in southern Africa’s electricity mix, particularly in South Africa and Botswana, where BMI forecasts coal to account for over 95% of Botswana’s power mix by 2025. Botswana will be well placed to supply the region’s increasing coal demand.

For instance, Shumba Energy’s Sechaba coal project will fi rst supply the local spot market and Botswana Power Corporation, then target NamPower Corporation in Namibia and ultimately develop a second deeper underground mine over the next five to eight years to export to South Africa.

While Botswana’s coal production growth rate will stand out in a global environment of subdued prices and carbon-conscious initiatives, the sector will only barely alleviate the country’s dependence on the diamond mining sector. Indeed, the poor outlook for coal prices poses a downside risk to Botswana’s project development.

“We forecast thermal coal prices to average $65/t in 2017 and $63/t in 2018.” The sheer size of Botswana’s diamond sector will ensure that the precious gems outshine coal in terms of value for the foreseeable future. In October 2016, according to the Bank of Botswana, the country’s diamond export value nearly quadrupled to $341million compared to the same period in the previous year. In comparison, BMI estimates that the coal mining sector over the course of 2016 totaled $116 million.

Botswana economy on the up

Whilst ranked third in sub-Saharan Africa; behind Mauritius, Rwanda and Morocco, but ahead of South Africa, Botswana could do more to improve the ease of doing business in the country. The World Bank has encouraged Botswana to step up the pace of its reform efforts in order to keep up with reforms in other countries in sub-Saharan Africa. This is according to Webber Wentzel’s Matthew Gibson, a Partner in the banking and finance practice.

Based on the anticipated improvement in the mining sector and positive growth prospects for the non-mining sectors, the finance minister, Kenneth Matambo, anticipates that the economy of Botswana will grow by an estimated 4.2% in 2017 compared with 2.9% growth in 2016. Following a year of drought and power constraints, proposed investments by the government in water and energy infrastructure are encouraging. “While Botswana has taken some steps to diversify the economy away from diamonds, these need to be accelerated in the face of rising unemployment and youth demographics,” Gibson highlights.

Since its overhaul in 1999 to bring it in line with international best practice, Botswana’s mining law has been praised for being certain, clear, and stable. In this regard, it is often cited as a model for South Africa. Furthermore, the country does not impose onerous socio-economic obligations on miners. However, reduced global demand has seen diamond and copper mines closed. Miners in Botswana recently adopted the Canadian “Toward Sustainable Mining” initiative which requires miners to continuously assess and report their mining practices.

Lucara Diamond Corp.’s CEO and President William Lamb, says Botswana is a stable, low political risk country – especially compared with a number of geographical regions across the globe – and we get government support when and if we need it.” High level policies which govern the country haven’t changed in many years. He notes that the government favours local skills training and development and has high expectations for local employment.

“Having suffered a number of mine closures in the country, the Botswana government is eager for a success story,” says Alecto Minerals’ CEO Mark Jones. The company is looking to restart the Mowana copper project. “We receive ample support from the government which makes it easy to work in what is already one of the best African countries on the continent as it offers well thought out, transparent and clear legislation.”

“The mining industry in Botswana plays a significant role in the country’s economy, contributing around one third to the country’s GDP and 50% of tax earnings. Botswana is a particularly attractive country to do business in due to its stable government who are actively pushing development in the mining sector. Furthermore, mining that began in 1965 in Botswana is estimated to account for around 80% of the total export of the country’s products. With roughly 20% of Botswana’s population employed by the industry and the country’s huge deposits of diamonds, and other natural resources, the country is a favourite among investors and mining companies. DRA is excited to be working with clients in the country as we see great potential to positively contribute to our client’s and Botswana’s future growth,” says Adele O’ Callaghan, senior vice president business development, DRA.

The Botswana Minerals and Minerals Act (MMA) recognises three types of mineral concessions: a prospecting licence; a retention licence; and a mining licence. With respect to the construction of a mine, and mining activities, a mining concession (commonly referred to in Botswana as a ‘mining licence’) is required from the minister pursuant to the MMA. Mining licences can be granted for a period of up to 25 years, which can be renewed for up to a further 25 years if the holder is not in breach of licence obligations. Under the MMA, it is not possible for a mining licence to be granted for an initial period in excess of 25 years.

In terms of the MMA, on the issue of a mining licence only, the government has the option of acquiring up to a 15% working interest participation in the proposed mine.

The MMA provides that the applicant for a mining licence, or a retention licence, or any renewal of either, must prepare and submit a comprehensive Environmental Impact Assessment as part of a project feasibility study report submitted with any application.

In October 2016, Hatch was tasked to provide design, engineering, and supervision services for the coal stockpile shed at Morupule, the largest power station in Botswana. Due to high rainfall, the power station had experienced major disruptions to its generating capacity over the last few years.

“We leveraged our experience in Chile, South Africa, and Ethiopia to win what is an important project for us and this influential client, allowing Hatch to continue building a strong reputation in Botswana,” Stephen Stacey, MD, Botswana, Project Delivery Group, comments.

“It is our intention to grow the Botswana offi ce to about ten people by the end of 2017, and to 50 people with fi ve years,” Stacey highlights. The aim is to establish a significant local presence, with local shareholding and local employees.