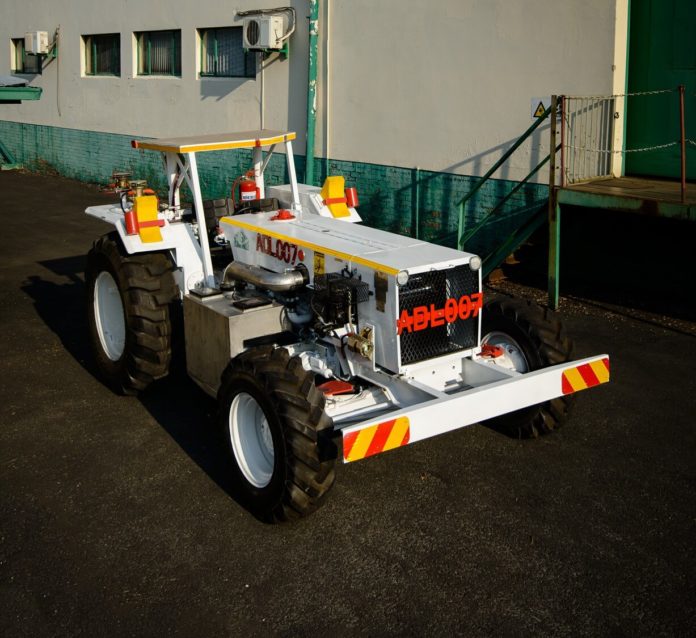 A specialised team at Barloworld Power, Caterpillar’s power systems dealer in southern Africa, remains focused on adding value to Cat engines that power underground mining machines. As a well-established supplier of engines to the mining industry, Barloworld has worked over many years with various partners and customers to customise Cat engines for safe use in all mining environments, including those considered hazardous.

Barloworld Power is considered amongst the leaders in the supply of engines capable of being flameproofed for the South African soft rock underground mining sector, where safety regulations specify limits to engine temperatures and spark/fl ash containment.

“The demand for flameproof engines is not only in southern Africa and we are dealing with enquiries from as far a field as Russia and India,” says Venash Raghunanan, industrial sales manager at Barloworld Power in Boksburg.

“We started investing in flameproofing of diesel engines as far back as the early 1970s, starting with the Cat 3306 series engines, and have partnered with Elgin Flameproofing since its inception in 1976,” Raghunanan continues. Elgin is a Kempton Park-based company that specialises in the design, manufacture, testing and certification of diesel engine flameproof systems and components for use in both surface and underground hazardous locations. Elgin also undertakes full flameproofing conversions for diesel engine powered machines.

“We work closely with mining sector OEMs to understand their requirements and off er them solutions engineered together with Elgin using our Cat product off ering.” Raghunanan explains that the Cat C7 (168 – 186kW) Tier 3 electronic engines are currently being flameproofed for various machine applications. These engines have impressed customers, following on the similar success of the previous model 3126 engine.

In 2012 the development of the fi rst Cat C7 fl ameproof electronic engine in South Africa came to fruition when it was used to power a 4×4 Bateleur underground stone duster built by Nelspruit OEM Bird Machines. Theo Jooste, Barloworld Power operations manager: Industrial and Rental, commented at the time that this was only the fourth 100% standard Cat electronic engine to be fl ameproofed worldwide.

This breakthrough was achieved through a partnership between KH Diesel Electrical for the electronic engine fl ameproofi ng phase and Elgin Flameproofi ng for the mechanical exhaust system, with input from engineers at Caterpillar and Barloworld Power.

The flameproof engine was certified as compliant for both underground mining and surface hazardous areas. All the original Cat components and systems were retained, with the engine’s Electronic Control Unit (ECU) adapted to accommodate the flameproofing.

This engine attracted signifi cant interest from OEMs in the underground LHD market and manufacturers of mining utility machines for the underground coal sector. It created a strong platform from which to springboard the new generation C7.1 and C4.4 engines.

“The joint development of the Cat C7.1 and Cat C4.4 engines by Barloworld Power and Elgin was necessary due to the phasing out of older generation Cat engines that are currently being used in flameproof applications,” explains Raghunanan. Gary Huxham, sales director at Elgin Flameproofing, adds that these particular engines were selected to power the latest generation flameproof equipment as they provide the required power ranges and minimal (if any) modifications need to be made to existing machines when fitted as replacement engines.

“One of the challenges we face with new generation engines is that most are fi tted with turbo charger assemblies that need to be fl ameproofed to keep their surface operating temperatures below 150 degrees C. Elgin carries out these modifi cations without altering the original turbo charger assembly internal components or main housing assemblies, which are approved by Barloworld Power and Caterpillar after stringent testing and sign off .”

Both the flameproofed C7.1 and C4.4 engines have now been approved by the relevant authorities for use in hazardous locations on surface and underground. The Cat C2.2 diesel engine is currently in the initial development stages.

Elgin has chosen the C7.1 and C4.4 as replacement engines for its own range of underground flameproof automatic and manual tractors. Other OEMs have also selected the C7.1 as their choice of new engine replacement on machines being supplied to South African coal mines. All new flameproofing developments are approved by Caterpillar and only Cat components are used, supported by Cat warranties.

Huxham points out that flameproof components and systems developed by Elgin are passed for use in surface and underground hazardous areas by South African approved inspection authorities and the Department of Mineral Resources.

The reputation built jointly by Barloworld Power and Elgin in flameproofing solutions has required highly specialised engineering expertise and both companies have teams of experts working around the clock to ensure that Caterpillar’s fast developing product solutions remain relevant to the mining industry’s needs.

Elgin provides strong aftermarket support for its flameproof products in the field, backed up by Barloworld Power’s product support technicians.

Raghunanan says a local OEM is driving the possible orders emanating from India and Russia. “We are hopeful of expansion into various international markets, although these projects tend to be slow in taking off .” MRA