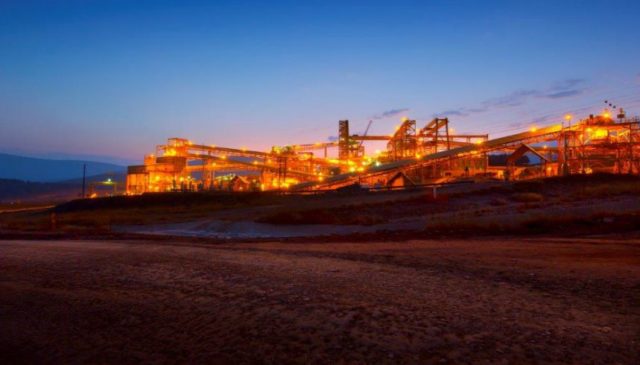 Norilsk Nickels – Pushing for transaction breakthrough with Botswana Government Russia focused nickel mining and smelting company Norilsk Nickel has been committed to exiting from its African assets – Tati nickel mine in Botswana and Nkomati nickel mine in South Africa – since October 2013. Some four years later the company has yet to reach fruition on this strategy aft er the Botswana government’s wholly owned subsidiary BCL, which firmly committed to acquiring the assets in 2014, was placed into provisional liquidation in October 2016, writes LAURA CORNISH.

Norilsk Nickel has been looking to focus entirely on its Russian portfolio since it first announced its intention to sell its stakes in Tati (85%) and Nkomati (50%). The company has already successfully sold its two Australian mines in 2014 and is now determined to finalise the sale of its African assets which will likely entail legal proceedings against the Botswana government, “due to its involvement in the reckless trading of BCL,” says Norilsk Nickel Africa CEO Michael Marriott.

In October 2014 BCL and Norilsk Nickel entered into a binding agreement under which the local group would purchase the Russian company’s interest in Nkomati and Tati for US$337 million. The deal included the supply of concentrate from Nkomati to the BCL smelter, and stated that after regulatory approvals, the deal would become unconditional and payment would be due.

“The acquisition was ideal for Botswana – which would see the government fulfil its own strategy to diversify its mining interests outside of the diamond sector. The mines were also a valuable source of supply of nickel concentrate for the BCL smelter in Selibi Phikwe which was unable to sustain production rates from its underground mine. It furthermore showed strategic intent for the Botswana and South African government to work together in achieving local beneficiation,” Marriott outlines. With the deal intention firmly secured, Tati was transferred to BCL in 2014 and Norilsk Africa commenced with the supply of concentrate from Nkomati to the smelter.

As further commitment to the deal, Norilsk Nickel also agreed to renegotiate the deal value due to declining nickel prices and reduced the selling price by $60 million in December 2015. All conditions precedent for the deal were met in the following months which most importantly included approval from the South African Minister of Mineral Resources in August 2016. “We were however taken by surprise not only when BCL did not pay for the transaction after it was fully approved but that it was shortly thereafter placed under provisional liquidation by the Botswana government,” Marriott states. At least 6 000 direct jobs were subsequently cut, with 400 left for care and maintenance at the BCL and Tati mines.

In December Norilsk Nickel filed an application with the Gaborone High Court seeking leave to have its claim in terms of the sales and purchase agreement (SPA) referred to arbitration and to prevent any final liquidation order being made until the arbitration was concluded. In the SPA, all disputes between the parties were referred to arbitration in London. The outcome of this litigation is still pending.

In March this year Nigel Dixon-Warren, BCL’s provisional liquidator, filed for a judicial review of the South African government’s approval of the SPA, arguing such authorisation should not have been granted as BCL did not fulfi ll 14 2017 Nkomati process the requirements to be a shareholder in Nkomati. Norilsk Nickel is also opposing this action.

“Irrespective of BCL’s standing at the time, the government as a 100% shareholder knew their financial standing and should not have proceeded with the deal from the start. It is unacceptable business practice to attempt to pull out of the deal at the twelfth hour after realising that they couldn’t fund the transaction,” Marriott highlights.

“The attempt to use spurious reasons to now avoid the deal after three years of intense sale negotiations and discussions is questionable. Our respect for the Botswana government and its business conduct has unfortunately deteriorated as a result.”

In April this year Norilsk Nickel served notice that it intends to commence legal proceedings in Botswana against the Government of Botswana in respect of its involvement in the reckless trading of BCL.

“We are ultimately just looking to resolve this issue and believe the best solution would be for the Botswana government to honour its agreement. We are intent on seeing this process through to its conclusion which will see us recover the $271 million we are owed. We also believe that we have been reasonable in our approach, which included reducing the original purchase price and allowing a number of concessions during the process to facilitate the deal.”

Various reports indicate at this stage that the Botswana government is looking to sell BCL, which will incorporate Tati and Nkomati, to potential suitors.

Because the government has yet to secure a buyer it may look at selling the assets – smelter, shafts, etc. separately. Emirates Investment House is also said to be considering purchasing the assets but will not proceed until the existing liabilities are resolved. South African entrepreneur Patrice Motsepe could also be looking at purchasing BCL. Considering his company ARM already owns 50% of Nkomati, the deal could make sense.

Nickel has had no further communications from minerals minister Sadique Kebonang on the way forward but remains hopeful that he will engage in dialogue shortly.

Nkomati and Tati mine detail

For now, it’s ‘business as usual’ at Nkomati – Norilsk Nickel Africa continues to operate the mine together with joint venture partner African Rainbow Minerals. It employs 3 000 people including contractors. While the deal with the government provided an opportunity for BCL, South Africa and Nkomati to beneficiate concentrate locally, the companies have had to revert to sending their material to China and Europe for smelting.

The mine is capable of producing up to 20 000 tpa of nickel, with additional chrome, platinum, palladium and copper by-products. Due to low nickel prices, the underground mine was placed on care and maintenance in 2016. “This resource is massive and open ended and can deliver well into the future at a higher nickel price,” says Marriott. The open pit remains operational and can produce nickel for another eight or nine years.

The Tati mine comprises a number of deposits which off er attractive exploration potential, including the Selkirk licence (situated just 10 km from the existing Phoenix pit) which Marriott says could be lucrative. The Phoenix pit requires investment into the development of a cutback which would extend its lifespan by four or five years.

The Tati operation also comprises a “superb” nickel processing facility which includes a state-of-the-art DMS plant. It was specifically designed to treat and process low grade nickel ores. In its early days Tati produced between 12 000 and 14 000 tpa of nickel.