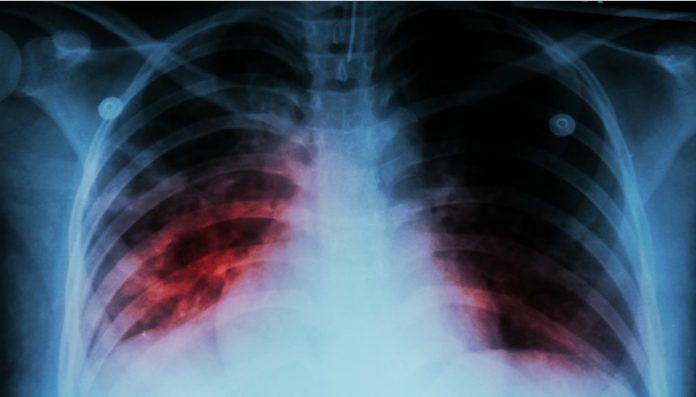 Having made several strides towards its goal of finding sustainable compensation and medical care solutions for present and future gold mining employees, the Gold Mining Industry Working Group on Occupational Lung Disease (OLD) is aiming to do the same for former gold mine employees by reaching an out-of-court settlement before the end of the year on the class action lawsuit that was levelled against the mining companies by former mineworkers who developed silicosis on South Africa’s gold mines. The settlement of this legacy issue should act as a catalyst in creating a better system for current and future gold miners in South Africa, CHANTELLE KOTZE writes.

Formed in 2014 by five of the gold mining companies, either historically or currently active in gold mining, the OLD working group acts as a platform on which to engage all stakeholders (including employees and unions, the regulators, medical professionals and others) in order to work together to design and implement a comprehensive solution that is both fair to past, present and future gold mining employees, and also a solution that is sustainable for the sector.

Since then, the number of companies has since increased to six and includes Anglo American South Africa, AngloGold Ashanti, Gold Fields, Harmony Gold Mining Company, Sibanye-Stillwater and African Rainbow Minerals.

The three main pillars of the OLD working group are to:

• Work with other stakeholders in the initiative headed by Deputy Minister Godfrey Oliphant to integrate the COIDA and ODMWA compensation funds for new employees
• Work with the ODMWA Compensation Commissioner to improve the administration of the fund and to speed up compensation payments to eligible claimants
• Work towards a settlement of the class action legal suit.

The applicants in the class application applied for the certification of two classes:

In May 2016, the Johannesburg High Court approved the certification of the two classes. According to attorney Richard Spoor, an estimated 100 000 former and current mineworkers who developed the disease while working in any of the goldmines belonging to the 32 respondent mining companies after 1965.

The companies have appealed against the judgment. The case is scheduled to be heard in the Supreme Court of Appeal next March.

OLD working group spokesperson Alan Fine, speaking to MINING REVIEW AFRICA on behalf of all the working group member companies, notes that the member companies remain of the view that achieving a mutually acceptable comprehensive settlement which is both fair to past, present and future employees, and sustainable for the sector, is preferable to protracted litigation.

“A settlement this year could be a significant victory for both parties, given that, in a case as complex as this one, the legal class action process could be drawn out for several years – to no benefit to either party – which is one reason for the constructive negotiations that are underway and aim to be finalised before year end,” Fine notes.

All of the six working group companies, which account for most of the 32 respondent companies against which the class action suit was lodged, have already indicated, during the release of their financial results, that they have set aside a provision for the possible silicosis class action settlement.

Meanwhile, Anglo American South Africa has estimated and set aside $101 million – an amount it deems as management’s best estimate of the cost of a settlement, while AngloGold Ashanti has provided for this obligation a discounted pre-tax amount of $63 million ($46 million post-tax) (pre-tax undiscounted amount of $77 million).

African Rainbow Minerals has recorded a provision of R330 million (discounted) in its results for the year ended 30 June 2017. The nominal amount of the provision is R417 million.

Sibanye-Stillwater has provided R1.1 billion (US$82 million) before tax, for its obligation, while Harmony Gold Mining Company has made a provision of R917 million (US$70 million) as at 30 June 2017, representing the company’s share of the estimated cost of a possible settlement of the silicosis class action litigation and related costs.

COIDA is also widely acknowledged as a progressive compensation system that is compliant with standards set by the International Labour Organisation. Should present and/or future employees be transferred from ODMWA to COIDA, the OLD working group believes that this would likely preclude future litigation. Fine notes that the OLD working group has spent a lot of effort, time and money in addressing the administrative issues at the Medical Bureau for Occupational Diseases (MBOD).

The Chamber of Mines and the OLD working group have been working closely with the Compensation Commissioner, through Project Ku-Riha – set up in 2015 and rolled out by the Department of Health – to try to tackle the administrative obstacles faced by the MBOD/CCOD (Compensation Commission for Occupational Diseases). The Chamber has contributed around R26 million towards tracking sufferers, administrative improvements, and providing the public health system in labour-sending areas with the capacity to examine for occupational lung diseases and assist with compensation claims.

A crucial part of the work that has been done is the capacitation of the existing government compensation structures to deal with a considerable backlog of compensation claims from former and current mineworkers. In addition to the Chamber’s funding, the OLD working group has provided financial, organisational, technical and personnel support, including the secondment of a senior manager to act as COO of the MBOD and a medical practitioner expert in the field of occupational health.

Tackling health and wellness head on

The collaboration by the Chamber of Mines and the OLD working group (at the time comprising AngloGold Ashanti, Gold Fields, Harmony Gold Mining Company and Sibanye-Stillwater) with government and unions led to the establishment of One Stop Centres in Mthatha and Carletonville (opened in 2014). This was an important step in ensuring former mineworkers can easily access compensation benefits by enabling them to be tested for occupational lung diseases and claim appropriate compensation in one place. The OLD working group companies continue to fund the staffing costs of the Carletonville One Stop Centre, and will do so until 2018, at a cost of over R5.5 million (taking inflation into account).