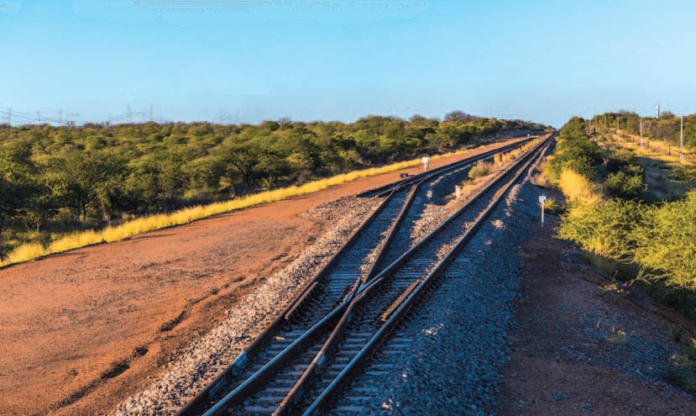 Rob Lowe has breathed new life into the company’s Waterberg coalfield-based project Boikarabelo since he was appointed CEO in January this year. With a new strategic development plan implemented in less than six months, the project eventually has a production start-up goal – Q4, 2018 writes Laura Cornish.

In the space of just six months, Lowe has pushed ASX/JSE-listed ResGen and its Boikarabelo project out of limbo and has quickly made signifi cant headway with redefi ning its strategic direction and advancing the development timeframe.

Boikarabelo is situated about 50 km from Eskom’s new Medupi power station, 55 km north-west of the closest town Lephalale and 30 km from Exxaro’s Grootegeluk mine – the only operation currently mining in the Waterberg coalfield.

After commissioning an independent technical review on the project in January, shortly after he was appointed by the new board, Lowe implemented some considerable changes which have improved Boikarabelo’s financial status and made it far more investment-friendly. “It was important for me to know from the start whether this inheritance was good and market-appropriate and what changes needed to be implemented,” he starts.

The outcome of the review has seen the CEO implement the necessary changes, which have reduced the capital cost of the project – essential with the declining price in coal and the associated cash-raising difficulties – and have reduced overall company risk as well. The cost of the coal handling preparation plant (CHPP) has for example dropped from an estimated US$200 million to $141 million owing to a turnkey fixed lump sum contract model. “Juniors don’t have huge resources and simply cannot afford to have delays or blow-outs on their capex,” Lowe highlights.

Consequently, ResGen’s new execution strategy entails the appointment of a limited number of turnkey EPC contractors (a maximum of three, to be exact) with substantial balance sheets against whom there will be recourse in the event of delay or failure. This includes more specifically an EPC contractor for the CHPP – recently awarded to Sedgman, a mining contractor and an ancillary works contractor as well. “Appointing and training our own staff to mine the reserve would be a lengthy, costly and risky exercise, as would the purchase and upkeep of a large-scale mining fleet,” Lowe justifies.

The selection of the mining contractor is imminent and should be finalised no later than the end of July. ResGen has already issued this tender to seven of South Africa’s most suitable companies and received responses from all of them.

The ancillary contract will include the balance of infrastructure work still required on site; including buildings, water supply, roads, electricity, etc. “Boikarabelo has been in construction phase for the last two and a half years. We have in fact already spent A$200 million of our equity on construction and infrastructure.”

The technical review has also resulted in the completion of a new mining plan which has given the company the opportunity “to do things diff erently and more efficiently.” Lowe reveals his attraction to the Australian mining industry in particular – “it is innovative and efficient and achieves high productivity levels as a result and I have embraced some of those innovative techniques,” he says.

Australian mining and technology consultant Deswik prepared the new plan which is based on minimising the amount of material transported out of the pit – this reduces mining and processing costs, reduces the pit size and improves the environmental footprint as well. The plan is based on in-pit dumping where waste material remains in the pit and only the coal and a limited quantity of overburden is transferred out of the pit and to the plant.

Rapidly advancing Boikarabelo will be construction ready on 1 October 2016, Lowe confi rms. Sedgman will be on site, a contract miner in place and an ancillary works contractor appointed. All necessary permits are in place and the project is fully compliant.

A two year construction period is estimated, after which fi rst mining will start in Q4, 2018, with a ramp-up to full production taking the project into the fi rst quarter of 2019.

The fi rst phase of the project will see Boikarabelo produce 12 Mtpa ROM and 6 Mtpa of saleable coal. This is further broken down to 3 Mtpa of export coal and 3 Mtpa for domestic use. Optionality has been built into the mining plan and wash plant to increase or decrease the volumes of export or domestic coal produced depending on market prices at any given time.

A second phase will be introduced three years into operation (2021/2022) which aims to double production to 24 Mtpa ROM and 12 Mtpa saleable.

The debt component necessary to complete the build is the only outstanding component on the project, and has been for quite some time. “Taking the capital savings we have achieved into account, we are now a $550 million project. With $200 million of our own equity, we still need to raise $350 million, but are close to finalising this debt.”

RMB was appointed ResGen’s lead fi nance arranger from February and has already completed a base case fi nancial model. “We are robust at current coal prices, which indicate the mine’s potential when prices increase. As such, the bank is confi dent that we will have a sustainable debt facility in place in the near future.”

At the end of 2015, ResGen shareholders voted in a new board and set of directors which saw former CEO Paul Jury step down. “I have the highest regard for how Paul and his team put the project together and secured all the necessary permitting. I was impressed with what they had achieved,” says Lowe, who is also the CEO of resource investment firm Altius Investment Holdings which is one of the larger shareholders in ResGen.

“We did however disagree on how best to commercialise the project. Funding it from international markets was not working considering the low price environment and an international move away from what many consider an environment unfriendly resource. Paul was also reluctant to change his development and operational approach in order to reduce capital costs.”

Having repositioned the company as South African-focused, with a South African team who understand the on-going importance of coal to the country’s energy needs and as a consequence the need to unlock a new coalfield and create new jobs, ResGen has become a “persuasive story and investors are re-evaluating its potential accordingly.

“I have to pay tribute to our stakeholders and state owned enterprises including PIC, IDC, Noble and Transnet who are helping to see the project move off the ground. I underestimated the positive impact our actions would have to align the project with South Africa, with a South African senior management team and board,” Lowe enthuses.

These actions will be the key to unlocking the Waterberg as the next viable coal reserve. “We will be the fi rst new miner to successfully produce coal in the region and we will be responsible for changing sentiment about the area by defying the challenges that have overshadowed its development. With access to subterranean water and rail logistics, no further diffi culties are anticipated that could inhibit the project.”

Lowe intends to diversify ResGen downstream from coal into energy. Those companies which look to transition from coal producer to energy producer are better perceived by the public and potential investors. The independent power producer (IPP) market will add value to ResGen’s business model and is an ideal diversification strategy, Lowe points out. A power station will also absorb coal that Boikarabelo produces and ultimately help fill South Africa’s energy void. Lowe has subsequently reignited a shelved study for a 245 MW IPP power station, which already has environmental and land use approvals. “New desktop studies however reveal that a 600 MW power station is a more optimal size and so we will revisit approvals based on the new data.”

Feasibility studies for a 600 MW power station have begun and ResGen has also started engaging with potential power plant contractors and funders. “This project component will happen, it is part of our plans and the necessary work to deliver on this is well underway.”

The Boikarabelo tenement is enormous – it has a 200+ year lifespan with a 7.4 Bt resource. Realistically, the current JORCcompliant 760 Mt resource offers an initial 35 year lifespan though.

While building a mine is the top priority for ResGen, mining is a long-term game and requires long-term forward thinking. As such, the company will continue to drill and bring more resource into account to extend the total life-of-mine well beyond 35 years. The company is also considering liquefied natural gas (LNG) opportunities to further support its evolution from coal developer and miner to energy producer. MRA